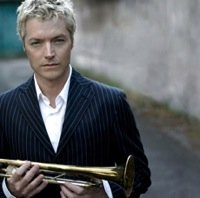 In a festival first, there will be a ballet gala, featuring dancers from American Ballet Theater and the Bolshoi and Kirov ballets. There will be a visual arts exhibit of works by William Wegman, a reading by Rita Moreno, a free concert series highlighting emerging artists, and the return of the Russian National Orchestra.

The RNO will be in residence for the next four seasons of the festival, through 2013. The four-year commitment was made possible in part by a donation from Tatiana and Gerret Copeland, proprietors of Bouchaine Vineyards.

Five years ago we set out to create a festival combining the best in music, art, food, and wine. And we have done just that. Today Napa Valley Festival del Sole has become one of the country’s leading summer music festivals. 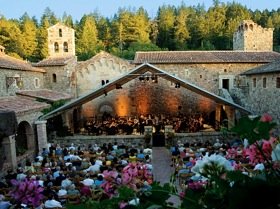 The season opens with a July 16 concert at Napa Valley Opera House, with Conrad Tao and the RNO Four Strings in Mozart's Piano Concerto No. 12, K. 414; and soloists Maxim Rubtsov and Vladislav Lavrik in Bolling’s Suite for Flute and Jazz Piano, and Toot Suite for Trumpet and Jazz Piano.

Malan, Avedis at the Legion 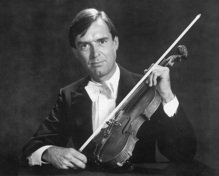 California Symphony and San Francisco Ballet Concertmaster Roy Malan is the guest soloist in the Avedis Chamber Music Series on April 3 at the Legion of Honor, as the series celebrates its 25th anniversary.

Tickets are $15-$20, including admission to the museum.

The French film Coco Chanel and Igor Stravinsky begins with the famous/infamous riot during Igor Stravinsky’s 1913 premiere of The Rite of Spring, and then moves into "a moodily intense, sumptuously detailed drama evokes a pivotal era of upheaval in Western culture by focusing on two of its most famous protagonists." 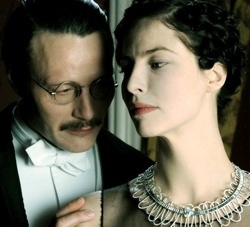 Jan Kounen's 2009 film is scheduled to have its U.S. first screening at the 53rd San Francisco International Film Festival, April 22 through May 6, at the Sundance Kabuki Cinemas and other theaters. (Coco will be screened at the Kabuki at 12:30 p.m. on April 25 and at 9:15 p.m. on April 26.)

The festival will present 177 films from 46 countries, with 250 filmmakers as guests. Other music-related films:

Pianomania — about Stefan Knüpfer, the Steinway & Sons master piano tuner doubling as physician and voice coach. Participating artists include Pierre-Laurent Aimard, Alfred Brendel, Lang Lang, Aleksey Igudesman, Richard Hyung-Ki Joo, and Stephan Knüpfer. (Screened at the Pacific Film Archive on April 25 and April 29, and on May 2 at the Kabuki.)

Satyajit Ray's masterwork The Music Room (1958) — about a turn-of-the-century Indian aristocrat whose wealth is dwindling but who continues to spend money on lavish concerts in his opulent jalsaghar (music room). With the participation of Vilayat Khan, Asis Kumar, Robin Majumder, and Dakhin Mohan Takhur. The work of Satyajit Ray occupies a special place in the history of SFIFF: His first film, Pather Panchali, had its U.S. premiere at the first Festival in 1957. (Screened at the Castro Theater on May 1 and on May 2 at the Pacific Film Archive.)

Hungarian piano virtuoso Jenő Jandó is giving a recital at 8 p.m. on April 15 in the Green Room of the Veterans Building. The program includes works by Chopin and Schumann. For information about tickets, call (415) 309-0341.

Jandó, a professor at Liszt Academy Budapest, is first-prize winner of the Hungarian Piano Concours as well as in the chamber-music category at the Sydney International Piano Competition. He has recorded for Naxos all the piano concertos and sonatas of Mozart, along with Grieg and Schumann concertos, the complete piano sonatas of Haydn and Beethoven, the complete piano music of Bartók, and a wide repertoire of chamber music.

At San Francisco Opera, Condemi directed Tosca, Così fan tutte, and The Elixir of Love. In Seattle, he led La bohème and Il trovatore, and has conducted numerous productions with Canadian Opera, Minnesota Opera, Cincinnati Opera, Portland Opera, and others.

Condemi's collaborations with contemporary opera composers include directing the workshop premiere of the San Francisco Opera commission Earthrise by Lewis Spratlan, as well as Hector Armienta's River of Women and The Weeping Woman. His theater directing credits include Caryl Churchill's Mad Forest, Dürrenmatt's The Physicists, and Lorca's The House of Bernarda Alba.

Could Musical Ignorance Be Bliss?

Reading program notes or preparing for a concert or opera may be detrimental to your musical health, suggests a university researcher. [NOTE to readers: I am just reporting this, see?] 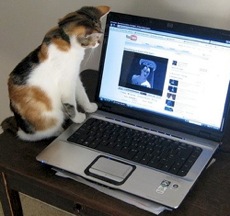 She is Elizabeth Hellmuth Margulis of the University of Arkansas, and she avers that "Descriptions may interfere with the directness and intimacy with which listeners are able to experience a work. It may distance listeners, or place them at a remove — as if they were listening through someone else’s ear."

This new know-nothing movement started with the idea that contextual information may diminish viewers’ enjoyment of modern art. A fairly logical extension of that highly debatable theory is that this may apply to music as well.

Margulis' study, published in the Psychology of Music, says reading guides before hearing a piece of music may make the actual aesthetic experience less pleasurable.

Margulis' experiment is rather bizarre: She selected 24 excerpts from Beethoven string quartets, and for each of these 45-second snips of music, she wrote two brief descriptions: One labeled "dramatic" ("The opening evokes a deeply felt hymn"), the other "structural" ("This piece begins with a series of slow, sustained chords").

The 16 nonmusicians who participated in the experiment listened to all 24 excerpts. For eight of the pieces, they first read the dramatic description of what it was they were about to hear. For another eight, they read the structural description. The remaining eight were presented without any preparation. Afterward, the participants rated their enjoyment of each excerpt.

Is it possible the test participants were simply annoyed by the instruction to read the description, which influenced how they perceived the piece? Possibly, but a follow-up experiment determined any such effect did not account for the difference in enjoyment levels.

I can accept Margulis' suggestion to have listeners let the music wash over them, but doubt a little knowledge is a dangerous — or, at least, negative — thing. I do have a somewhat similar notion in this area that newcomers to opera often get bogged down, and distanced, by the libretto. There is something to be said for just allowing the music in.

At any rate, Margulis does not say program notes and preconcert lectures should be abandoned, admitting that her study is preliminary and "raises more questions than it answers."