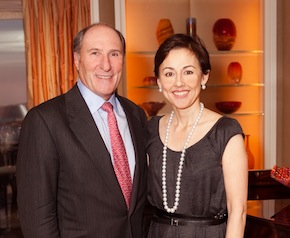 Showing the same aplomb and perspective he has exhibited during a difficult, challenging decade as president of the San Francisco Symphony, John Goldman is making sure his successor is being named a full year ahead of his own stepping down.

During Goldman’s tenure since 2001, he has dealt with severe financial challenges, preparations for the orchestra’s centennial season, the Keeping Score project, the Mahler recording project, expansion of education programs, and much more.

Fisher is active in numerous arts-related and educational institutions. She serves on the National Board of the Smithsonian Institution as its vice chair and chairs its development committee. She also sits on the U.S. advisory boards for the Union Centrale des Arts et Decoratifs and the Centre Pompidou.

A Stanford graduate in international relations, Fisher is an advisory board member of the university’s Department of Humanities and Sciences. Twice chair of the board of ODC/Dance, Fisher has also served on the boards of Stern Grove and the Asian Art Museum Foundation and was vice chair of the board of the Exploratorium. For her service on the boards of French organizations, she was awarded Le Chevalier des Arts et Lettres from the government of France. 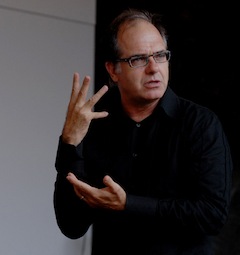 Another forward-looking announcement is about the San Francisco Contemporary Music Players’ project for the next four years. Steven Schick, who took over as artistic director earlier this year, has announced the TenFourteen Project: 10 new works developed over the next three years, to be performed during the 2014–2015 season.

In partnership with the Jebediah Foundation, SFCMP is developing the project in a unique way. Each composer is asked to write “music that reflects upon the human condition, and to create a series of individual responses to the same overarching challenge.” The performance of these pieces will be complemented by historically significant works of contemporary music that will “serve to frame and focus the message of the commissioned works,” according to Schick. The result is an unprecedented, season-long commitment to a single commissioning project.

The works will be between 18 and 25 minutes in length, and composed for ensembles of five to nine players. The 10 composers have a wide range of styles, compositional techniques, backgrounds, and experiences. They reside in the U.S., Mexico, and Poland. 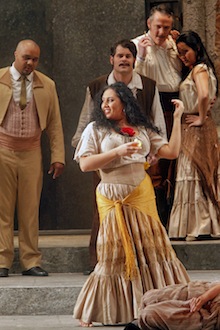 Learn to spell the name. Audiences at the Metropolitan Opera and at La Scala and elsewhere in Europe already know Georgian mezzo-soprano Anita Rachvelishvili, but Saturday was her San Francisco Opera debut as Carmen in the Other Cast (can’t call it Cast B). All by herself, she blew life into a hitherto mediocre production.

With a huge, gorgeous voice; great legato; and terrific projection, as well as a burning passion that seemed to have been noticed even by Thiago Arancam’s numb Don José, Rachvelishivili is a true Carmen, a combination of Olga Borodina’s sound and Joyce DiDonato’s presence. Her French? Let’s not rain on a welcome parade.

Nicola Luisotti’s conducting and the joint forces of the S.F. Girls and S.F. Boys choirs were still on the plus side, but otherwise problems persisted. Arancam’s voice is somewhere deep in his throat, and both vocally and dramatically he is trying hard, but not getting there.

Wanting to do right by Paulo Szot, whose Escamillo sounded awfully weak on opening night, for the second act, I went up to the top of the balcony, where the house’s acoustics make everything amplified — and once again the Toreador Song came from a great distance, without presence, never mind gusto.

Sara Gartland looks like the very model of Micaela, but vocally, she’s a puzzle. I can’t say if the voice is overbright, or without a focus, or both, but something needs to be fixed there.

They are the Philharmonic Orchestra, the Chamber Orchestra, and the Concert Orchestra. There are also five ensembles for younger musicians: the Prelude and Intermezzo String ensembles, the Avant Flute Choir, the Concert Winds Ensemble, and the Percussion Ensemble.

The SJYS Philharmonic Orchestra’s tour of Italy, Austria, and Germany this summer included a concert in Salzburg’s Mozarteum.

The senior youth musicians will open the season on Dec. 3, with works by Shostakovich, Tchaikovsky, Gould, and Liszt. Cellist Iris Liu, winner of the 2011 Young Artist Competition, will be featured as soloist.

The annual holiday concert will be held in the Los Gatos United Methodist Church on Dec. 11, and the Season of Hope concert in St. Joseph’s Basilica, San Jose, on Dec. 17.

The SJYS’s 60th anniversary season will culminate in a gala concert in Cupertino’s Flint Center on June 16, with Jon Nakamatsu as soloist. Youth Symphony alumni members will join the orchestra for the gala. 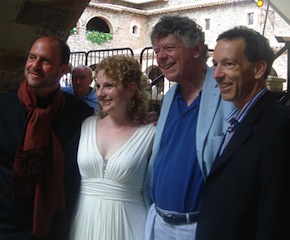 IMG Artists owner Barrett Wissman, a prominent figure on the local music scene, is returning as the executive of the company after an absence of two years.

It was in 2009 that Wissman pleaded guilty to securities fraud and stepped down as chairman of IMG Artists, though he retained controlling interest in the firm he had purchased in 2003. 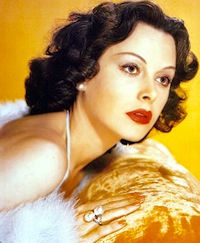 Way back in the last century, writing about spread-spectrum technology, I was stunned to read a footnote somewhere that actress Hedy Lamarr and composer George Anthiel invented “frequency hopping,” which eventually served as the underpinning for cell phones, GPS, Wi-Fi, and other goodies. They did that in 1941.

No longer a footnote, the tale has become known widely, and it is now the subject of a book by Richard Rhodes, the Pulitzer Prize–winning author of The Making of the Atomic Bomb.

With the expansive title of Hedy’s Folly: The Life and Breakthrough Inventions of Hedy Lamarr, the Most Beautiful Woman in the World, Rhodes documents how the actress and composer came up with a method to make radio-guided torpedoes harder for enemies to detect or to jam.

The high school dropout originally named Hedwig Kiesler, of Vienna, who at age 19 became a Hollywood sensation with Ecstasy, and Antheil, the avant-garde composer of Ballet Mècanique, combined her knowledge about German radio-controlled glide bombs and his expertise for synchronizing pianos into a vital invention.

It became U.S. Patent 2,292,387 in 1942, but unfortunately, it sat in U.S. Navy archives for four decades, not joining the war effort. After the patent expired, in the late 1950s, ITT Corporation and others began to develop what is today the mobile phone standard, CDMA (Code Division Multiple Access).

Lamarr still managed to help by raising millions of dollars for war bonds, by selling kisses at $50,000 each. Her entire life was like a movie.

Opening tomorrow in Philadelphia is the joint annual meeting of the Society for Ethnomusicology and the Congress on Research in Dance (which, to my shame, I haven’t heard about until now). Here are some of the more interesting lecturers and talks that would inform you of the state of the art, if only you were there:

- Ndubuisi Nnamani, “Making Sense and Making Meaning in Musical Creativity: Beyond Purely Artistic-Aesthetic Processing in Egwu”
- Markus Verne, “The Limits of Contextualization: What ‘History’ and ‘Identity’ Cannot Explain About Malagasy Heavy Metal”
- Laudan Nooshin, “Community of Catharsis: Musical Mediations on the 2009 Iranian Presidential Elections”
- Beth Szczepanski, “Audible Circumambulation: Octave Cycling in ‘A Thousand Calls to the Buddha’”
- Rolf Groesbeck, “Robert Palmer, ‘World Music,’ Subaltern Hybridity, and the Study of the Individual”
- Jessica Schwartz, “Between Continuity and Disruption: Strategic Hybridity in the Musical Activism of Rongelapese Women”
- Samuel Thomas, “Carving the Next Layer of Sephardi Identity: The Hillulot Music of Moroccan Jews in Brooklyn”