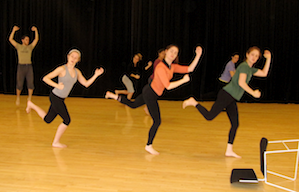 "I make dances because I can’t help it," says Paul Taylor, 82. "Working on dances has become a way of life, an addiction that at times resembles a fatal disease. Even so, I’ve no intention of kicking the habit. I make dances because I believe in the power of contemporary dance, its immediacy, its potency, its universality.'

Once again, San Francisco Performances — a long-time partner to the 59-year-old Paul Taylor Dance company — is bringing his modern-dance masterpieces to the Yerba Buena Center for the Arts, May 1-5, including the hilarious-magnificent Le Sacre du Printemps (The Rehearsal).

West Coast and San Francisco premieres include Kith & Kin (Mozart), To Make Crops Grow (Grofé), Gossamer Gallants (Smetana), and The Uncommitted (Pärt and others). Among returning favorites: Company B, to songs sung by the Andrews Sisters.

The genre varies from horror to romance, as Taylor conjures scenes of hair-raising suspense or lyrical abandon, but this choreographer’s imagination has never been more vividly displayed. The extensive season repertoire includes two stellar premieres and a host of masterworks.