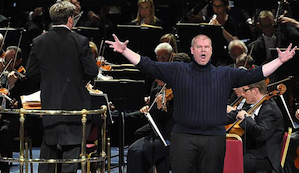 One of the most difficult budget cuts for San Francisco Opera General Director David Gockley has been to cancel a Peter Grimes production, long planned to honor the centennial of Benjamin Britten's birth (Nov. 22, 1913). A favorite Britten for Gockley and legions of Bay Area opera lovers, it was not to be. The good news now is that after all, a great chorus will resound with "Grimes is at his exercise."

Just across from the Opera House, in Davies Symphony Hall, in a semi-staged, but complete and splendidly cast production, San Francisco Symphony will offer performances of Peter Grimes, June 26-29, 2014.

Besides the opera, SFS will celebrate Britten with four weeks of concerts, including performances of the Four Sea Interludes with an original, co-commissioned video; the War Requiem, conducted by Semyon Bychkov and featuring Christine Brewer, during the composer’s 100th birthday week in November; excerpts from The Prince of the Pagodas, and Serenade for Tenor, Horn and Strings, with Robert Ward, the orchestra's principal horn (and tenor Toby Spence). 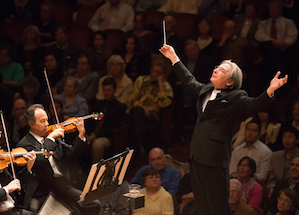 The War Requiem will also be at the center of a busy season for the SFS Chorus, under Ragnar Bohlin's direction, and marking the group's 40th anniversary.

At the season announcement, asked about the Symphony's continued fiscal health (a $79 million budget for the 2011-2012 centennial season, with only an $844,000 deficit), SFS President Sakurako Fisher said the organization "has a very large audience... but we keep pushing the envelope in terms of being more adventure-oriented in our programming... and to think more outside the box."

Indirectly perhaps, this was a response to past criticism about occasional signs of SFS returning to the tradition-bound years of former music director Herbert Blomstedt, as evidenced by the current SFS season's inclusion of 19 works by Beethoven, and comparisons with more adventurous programming in New York and Los Angeles. Still, the 2011 centennial year and the next season are cause for encouragement that the spirit of MTT's early years and of the infrequently recurring American Mavericks programs will be more in play. The issue of the dearth of local composers not called Adams continues unresolved.

Executive Director Brent Assink, himself a composer, spoke of "the great gift of music, giving us deep and long-lasting relationships." Last week that was clearly demonstrated both by the deep shadow cast over the organization with the death of principal oboist William Bennett and the subsequent brilliant cohesion of conductor and musicians in performances of Bruckner's Symphony No. 7. 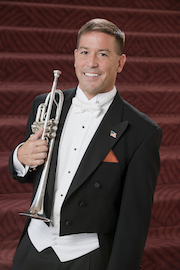 In the case of MTT, 68, relationships go back 40 years with the London Symphony Orchestra, 25 years since he established the New World Orchestra, and locally, it was 39 years ago that he first conducted SFS, becoming its music director in 1995.

Turning his attention to the present, MTT had high praise for the assistance of John Mangum, director of artistic planning, calling him an "almost frighteningly gifted enabler," as the organization is preparing for long, eventful season, both in local venues (Davies Hall, Sonoma's Green Music Center, Mondavi Center at UC-Davis), and on tours: U.S. Nov. 13-16 this year, Europe in March of 2014, including London, Paris, Vienna, Prague, Geneva, Luxembourg, Dortmund, and Birmingham.

Ambitious plans are in the making for use of a flexible performance space (with dubious acoustics) in the Zellerbach Rehearsal Hall, on the corner of Hayes and Franklin streets, for "new music experiences with SFS musicians, composers, and artists." The orchestra's super-busy schedule does not - perhaps cannot - include visits to Stanford's new Bing Hall, or interaction with the dozen facilities now surrounding Davies Hall, such as the new SFJAZZ building, San Francisco Conservatory of Music concert halls, the restored Nourse Hall across Hayes Street from Davies, S.F. Girls Chorus' Kanbar Center, Herbst Theatre and the planned Diane B. Wilsey Center in the soon-to-be reconstructed War Memorial, etc.

A welcome news of the next season is that more of the orchestra's principal musicians will get solo turns than ever before. (No details yet, but they should also continue to shine individually in Sunday chamber-music concerts.) 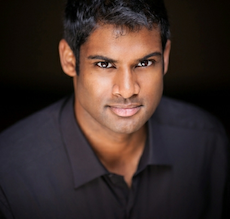 Principal trumpet Mark Inouye will be featured in April, along with pianist Jean-Yves Thibaudet, in Shostakovich's Concerto for Piano, Trumpet, and String Orchestra (also known as Piano Concerto No. 1), conducted by James Conlon. In May, Inouye will be heard in concerts led by Bach specialist Ton Koopman, as the soloist in J.S. Bach’s Jauchzet Gott in allen Landen (Exult God in every land).