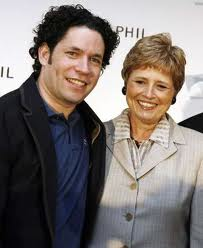 Drew McManus, who does the heavy lifting of compiling data from IRS Form 990 nonprofit tax reports in his Adaptistration.com, writes about his latest:

This year’s compensation reports are all about context. The data covers compensation for the 2010/11 season, which if you recall was the first really nasty year of austerity driven conflict between stakeholders. The Detroit Symphony went dark for nearly the entire season as did the Louisville Orchestra and the Philadelphia Orchestra started walking...

In spite of general financial difficulties, there were some record salaries, including that of San Francisco Symphony Music Director Michael Tilson Thomas: $2,412,662 (from SFS alone, not including the New World Symphony, London Symphony, others).

SFS's Alexander Barantschik pulled down $507,063 among concertmasters, on par with Boston, Cleveland, New York, but way below Dallas. The reason for many orchestras not reporting in this category is that the IRS doesn't require reporting compensation under the threshold of $100,000 unless the individual also sits on the board. (Why this rule? No idea.)

MacManus says the IRS raised the threshold from $50k to $100k a couple of years ago when they updated the 990 Form, and revised the reporting rules in dozens of areas. "I don't have any official rationale but you might find something at the IRS website." I'll let somebody else do that.

For administrative compensation, San Francisco's Brent Assink, with $511,923 was substantially behind his peers at New York, Philadelphia, Toledo (?), his salary only one-third that of the Los Angeles Philharmonic executive director Deborah Borda's $1,602,228.