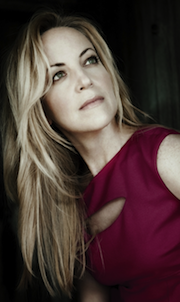 Unconfirmed but likely, based on reliable sources in Europe: Lise Lindstrom will sing Senta in the San Francisco Opera's upcoming production of Wagner's The Flying Dutchman, replacing Petra Maria Schnitzer, who withdrew from the role.

At Conservatory student productions, she performed Helena in A Midsummer Night's Dream and Fiordiligi in Cosi fan tutte, then took off for Europe, and her hometown fans wouldn't have heard her again until now if it were not for a 2007 engagement by the San Francisco Symphony.

In a memorable concert performance of the closing scene of Salome in Davies Symphony Hall, conducted by Michael Tilson Thomas, she made a huge impression:

If Strauss were in the hall, he would have shouted at MTT: 'I can still hear her!' because even against those rolling waves of the big orchestra, Lindstrom projected every word, every note with clarity, power, and great tonal beauty. 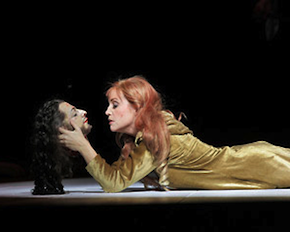 The prediction six years ago, based on that performance:

There is no heldensoprano role too big for her. This Salome is also a best bet for everything from Turandot to Brünnhilde." (The correct term for the voice type is Hochdramatisch, but I like "heroic soprano" better.)

Since then, she has done them all, along with many other roles — including Senta in Warsaw, Utah, and New Orleans — Turandot in the Scala, Hamburg, Dallas, and at the Met (her 100th appearance in the role was last month in Covent Garden); and Salome in Vienna. Her upcoming engagements in leading roles are with the Met, Washington National Opera, Opéra de Montréal, San Diego, Vienna, Hamburg, and elsewhere.

The long-delayed SFO debut is made possible by the mid-cycle cancellation of the Ring in Graham Vick's production of Palermo's Teatro Massimo. Citing a deficit of over 3 million euros, the Sicilian company announced Siegfried and Götterdämmerung, scheduled for October and late November, respectively, are postponed until further notice, aborting plans for Palermo's first complete Wagner Ring Cycle in its 116-year history.