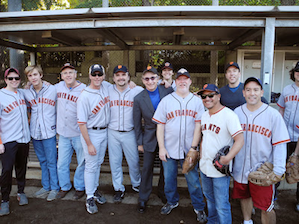 In Tokyo, the orchestra was very much looking forward to performing in Suntory Hall, considered by many the best sounding concert hall in Asia, and one of the top halls in the world. Mahler's Fifth Symphony was on the program, and MTT and members of the orchestra were ready to give this work, their calling card on this tour, one final and memorable performance.

After an absolutely brilliant concert in what was indeed for most the best sounding hall on tour, the audience reaction was something I haven’t seen before. Not so much by the volume but by the fact that they just wouldn’t stop applauding. Standing ovation after standing ovation, bow after bow, MTT finally took concertmaster Alexander Barantschik off the stage to signal to the crowd to go home.

He and the strings walked offstage and house lights went up. Normally that does the trick. But not tonight. While MTT was beginning his meet and greet backstage and the congratulations flowing, we all noticed that the applause was not dying down. Most of the orchestra, aside from a few brass and winds, was off the stage long gone. But the crowd kept applauding.

After another few minutes, we realized that they were not going anywhere, MTT finally went on for another bow, the stage now mostly empty. He even gave the handful of brass still left a bow themselves. The audience still did not stop. As the final brass exited, they got their own ovation. But the clapping went on. Several musicians came back onstage, cases in hand to also recognize the crowd and Michael took a final solo bow. Many musicians felt this was the most profound ovation they have received as musicians and were humbled by the reaction. 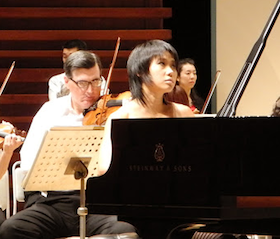 On the sports side, the SFS softball team, already a winner over the New York Philharmonic and the Philadelphia Orchestra, appeared on the Masaoka Shiki Memorial Field (named after the 19th century haiku poet and baseball fan) and — led by Mark Inouye — gently demolished the Tokyo Philharmonic team, 23-3.

It's a small world after all: The same season when the San Francisco Giants won this country's championship (aka World Series), the (Yomiuri) Giants finished No. 1 in Japan (for the 21st time since 1950). There, the event is called, more in perspective, the Japan Championship Series. To go further into this digression, the Giants won the Series over the Hokkaido Nippon-Ham Fighters, a team whose quaint name originates with the owner meatpacking company, Nippon Ham — unrelated to England's West Ham United.

The orchestra's final tour concert, an all Rachmaninov program, took place Tuesday night in Tokyo's Bunka Kaikan, adjacent to Ueno Park, site of the morning's softball romp. The San Franciscans were bracketed by Sofia Opera's Tosca and a series of Mariinsky Ballet performances, including Anna Karenina and La Bayadere. A busy place that is. 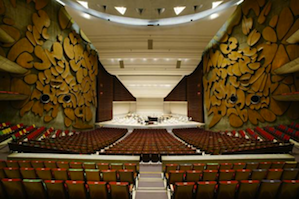 And today, the answer to "Where in the world is MTT?" is Oklahoma, where he is the first guest for the University of Tulsa's Presidential Lecture Series. He told Tulsa World his lecture will include subjects such as "the rationale for why music exists and what is so special about classical music in particular."

In Davies Symphony Hall, normalcy returns, orchestral concerts and holiday specials intermingling. The next subscription series, Dec. 5-8, feature yet another performance of Beethoven's Piano Concerto No. 5 (among the season's two dozen Beethoven offerings), a change from Berlioz' Symphonie fantastique to Strauss' Till Eulenspiegel's Merry Pranks, and the world premiere of SFS Assistant Concertmaster Mark Volkert's Pandora.

Volkert’s work is based on a chamber trio of the same name that he expanded for orchestra at MTT's suggestion. SFS has previously performed Volkert’s Sinfonietta for Small Orchestra (in 1981) and his Solus for Thirty Violins (in 1996). Volkert is the longest tenured musician currently performing in the orchestra; his compositions have been performed by SFS musicians during Davies Hall chamber music concerts.