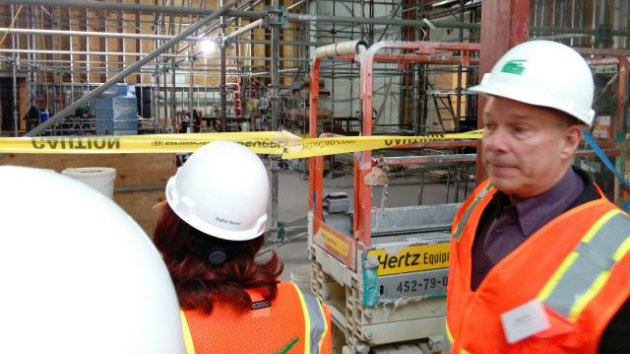 A tour on Monday, Nov. 16, of the War Veterans Building fourth floor construction site where the Diane B. Wilsey Center for Opera is still a-borning produced big news for Bay Area audiences.

For the first time, programs opening the new theater were revealed, bringing special attractions beginning at the end of February to the location where SF MoMA once stood.

The 299-seat venue will open with the first of four Schwabacher Debut Recitals, held in Temple Emanu-El in recent years (a building whose architect was the same Arthur Brown Jr., also responsible for the Veterans Memorial, the Opera House, and City Hall).

And then on March 11, 12, and 13, baritone Matthias Goerne will perform Schubert's Winterreise, accompanied by Markus Hinterhauser, in an ellaborate visual production by William Kentridge (currently the hero of the Metropolitan Opera's Lulu), co-commissioned by major European music organizations, including Festival d'Aix-en-Provence and Wiener Festwochen.

Besides his many accomplishments, S.F. Opera General Director David Gockley, who acted as construction site tour guide, also appears to be a beneficial real-estate speculator as he is bringing together far-flung Opera facilities in Wilsey Center's 16,000 square feet on the fourth floor and 10,000 square feet in the basement. Gockley started planning the center before San Francisco rental prices started soaring to the stratosphere, and he estimates additional rental for the previously used venues would exceed $1 million. 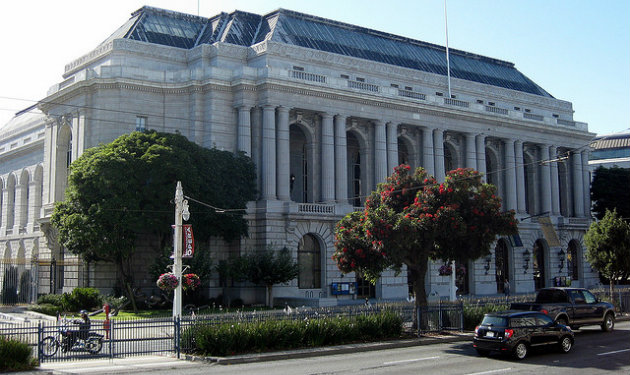 That amount also happens to be the budget for the operation of the center's public programs, so Gockley says the company just reinvests in art what it saves on rentals. The Opera's contribution to the building's $97 million reconstruction cost is $21 million for the Center, raised in a capital campaign.

The building had to be reconstructed because a seismic assessment conducted in 1996 concluded that in a major earthquake, the structure would sustain significant damage and pose appreciable life safety hazards to building occupants. In addition, the building has badly deteriorated systems, comprised largely of the original 1932 equipment, including 80-year old boilers.

It's all spanking new there now, even though important architectural features were carefully preserved in the Beaux Arts-designed building, including Herbst Theatre, the Green Room, meeting rooms, offices and corridors throughout the first three floors. 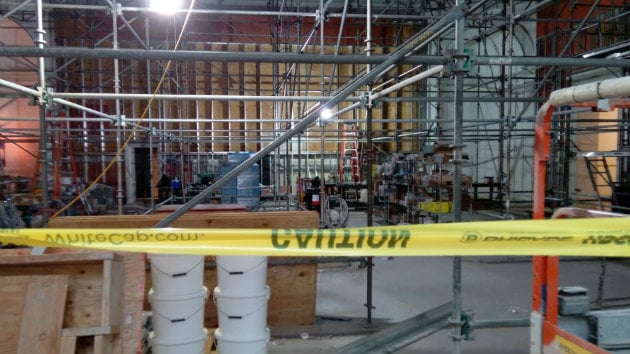 “When I began my tenure with San Francisco Opera some ten years ago, I quickly realized the company’s operations were strewn throughout the city creating a lack of efficiency at a staggering expense,” said Gockley today.

While we looked at a variety of alternatives, it was War Memorial Managing Director Elizabeth Murray who provided the most cost-efficient and viable solution with her proposal for us to consolidate the Company’s activities on the War Memorial campus by renovating the fourth floor.

I am heartened by the overwhelming support for our capital campaign particularly by Dede Wilsey, who provided the lead gift and inspired so many others to generously participate. In recognition of Dede’s leadership it is the company’s great honor to name this new opera center after her. With three months until the official opening, I am thrilled this dream is coming true.

Bay Area architectural firm Mark Cavagnero Associates has led the design and renovation of the Wilsey Center complex, creating a series of modern insertions designed to complement and be deferential to the historic building. Throughout the fourth floor, offices have been kept low to allow the large vaulted ceilings to soar uninterrupted, providing natural light to the spaces through the restored historic lay lights. Cavagnero’s design calls for a use of glass walls to provide acoustic separation while accentuating the historic elements of the building. He was unable to keep the central court skylights open because the company wants to control lighting for performances.

The centerpiece of the Wilsey Center is dedicated to two venues: the John M. Bryan Education Studio and the Dianne and Tad Taube Atrium Theater, a 299-seat flexible theater space with the Meyer Sound Constellation® acoustic system.

In addition to both venues and the Barbara Moller Ward Lobby, there are three artist dressing rooms. The Bryan Education Studio and Taube Atrium Theater will be shared seasonally by San Francisco Opera and the War Memorial Performing Arts Center who will make both spaces available to community arts and cultural organizations. The Wilsey Center shared community space also includes rooms for theater storage and catering prep.