Violinist Tom Stone is eloquently passionate about the genre he’s been exploring with the Cypress String Quartet for the past 18 years. “I think chamber music is an antidote to the rampant commercialism of our time,” he opines, seated in the 20th Century Café, around the corner from the ensemble’s San Francisco Civic Center offices. “In all its forms and manifestations,” he continues, “it’s something that can really enrich society, in completely nontangible ways.”

Double-bass player Sascha Jacobsen, at the modest home in the Outer Sunset that he shares with his tango-dancing wife, Andrea Fuchilieri, and their two kinetic preschool kids, Leo and Luna, echoes Stone’s enthusiasm for the chamber form, but is hoping that his music-making may end up benefitting his family as well as society, in tangible ways. “San Francisco is an expensive city,” he points out. “Even the most hard-core artists I know have left for Oakland. It’s a matter of money, and the artists are getting priced out. I do a lot of different gigs — and arranging, composition, and teaching — to make ends meet.” Those gigs involve two principal groups: the Musical Art Quintet, which he co-founded to showcase an eclectic chamber repertoire, and the Trio Garufa, which features Argentinian tango and the dancing of Fuchilieri.

Ensembles with which both Stone and Jacobsen perform have sought vital funding from the nonprofit San Francisco Friends of Chamber Music (SFFCM), as well as from other sources. “I don’t really enjoy writing grant applications; I’d rather just write music,” admits Jacobsen. “But to be an artist in this day and age, you also have to be a small business.” Last year, the Friends’ Musical Grant Program financed a new composition by Jacobsen, pairing the members of his quintet with five other well-known improvisational instrumentalists. The Cypress Quartet, in its early years, benefited from the Friends’ Affiliate Program, initiated by former board member Tom Driscoll, which provided the group fiscal sponsorship before it was able to secure its own nonprofit status. The Del Sol String Quartet, another former Friends affiliate, followed the same path. 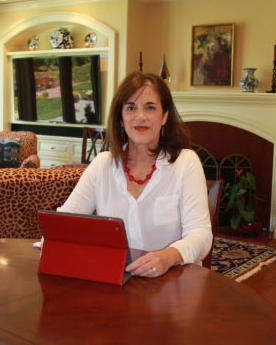 “I think, for our area, [chamber music] is alive and well,” says Katherine Bukstein, speaking in her handsome Hillsboro home, which hosts strategic planning sessions for the SFFCM, of which she’s board president. “There’s a lot of desire to create this kind of art and present it to the public. But the flip side — is there gonna be enough support out there? — is questionable, and that’s what we’re trying to provide.”

The Friends, founded in 1999 to support the residency of the Alexander String Quartet at San Francisco State University, celebrated their 15th anniversary with a gala on April 7. Performances for the 150 celebrants assembled at Yoshi’s in San Francisco were offered by the Cypress and Alexander quartets, preceded by the Friction Quartet, which Bukstein, a trained and sometimes practicing violist, views as a harbinger of new directions in chamber music, also worthy of support.

The Friction Quartet “came to us because they had somebody who wanted to give them a really nice check, and they needed a financial umbrella,” explains Bukstein. They were placed in the Affiliate Program. At the Gala, “they started out playing the second movement of a Debussy quartet, which everybody knows and is a really zingy piece. And then they played a couple of movements from a multimedia piece by Dan Becker, from the San Francisco Conservatory, with [dancer/choreographers] Janice Garrett and Charles Moulton.”

The Friends’ Musical Grant Program “is trying to fill that gap between the big foundations that don’t want to deal with small awards,” says Bukstein. The Friends’ awards are determined by an unnamed panel of “savvy music people” working with uniform criteria: “is it a well-conceived project?; is the timeline realistic?; if it’s a composition or a concert series, where will it be performed?; what kind of audience do you expect?; and what kind of impact will you have on the community?” For performers and composers, “what’s really, really important is at least two work samples, in the form of CDs or DVDs. And if it’s a commission, you have to give a sample of a score.”

“There’s a lot of desire to create this kind of art and present it to the public. But the flip side — is there gonna be enough support out there? — is questionable, and that’s what we’re trying to provide.” – Katherine Bukstein, S.F. Friends of Chamber Music

What isn't uniform among the evaluators, aside from their proven musicianship and some classical training, is what genres they favor, Bukstein notes. “I’d say our panels were more classically oriented at the beginning. Now we have a person who is a performer of contemporary music in a string quartet, another who’s an executive director of an organization which does a lot of contemporary things, and somebody who’s an expert in jazz/world music.”

The three dozen grants for 2014 announced this week reflect the stunning variety of musical activity in the 15 Northern California counties served by the Friends, as well as the panel’s varied preferences. This year’s funding takes in classical music, new music, electroacoustic music, world music, and jazz, and involves recordings, festivals, and concerts, which in turn may or may not be connected with the commissioning of new works. “A lot of times, ensembles will apply with a particular composer; or a composer can apply with an ensemble,” says Bukstein. “But they have to be paired together before they can get funded.” 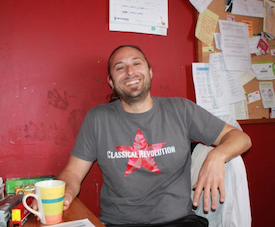 A similar eclectic expansion has occupied Chamber Music America, the New York–based organization that provides financial support as the Friends do, but on a national scale. Recently appointed to CMA’s board is Randall Kline, executive/artistic director of SFJAZZ. Sitting in his office in the shiny new Center, opened early last year on Franklin Street in San Francisco, Kline acknowledges that the CMA has designated May as National Chamber Music Month, but has broadly defined its mission, on its website’s home page, as encompassing classical, jazz, contemporary, world, and early music.

“It’s nice to have categories, and also to push boundaries of categories,” Kline believes. “That’s what makes life interesting. And jazz can be a sort of chamber music: small ensembles, acoustically based.” The SFJAZZ Center hosts that sort of ensemble regularly, and also has rented its facilities to the Cypress Quartet, as well as to larger, classically based ensembles and presenters. Kline notes also that SFJAZZ has received funding from the CMA, “and some of it is composer-oriented, because they encourage the commissioning of work, and they have a great program of getting those commissions performed.”

“I don’t really enjoy writing grant applications; I’d rather just write music. But to be an artist in this day and age, you also have to be a small business.” – Sascha Jacobsen, Musical Art Quintet

In the interest of keeping local chamber music sustainable, the Friends have extended themselves far beyond their granting and sponsorship functions. Dominique Pelletey, whose duties as Friends executive director have expanded from part-time to full-time, provides free answers to specific funding questions, by phone and in-person. The Friends also host free, funding workshops, online and in-person, which help educate applicants to their and others’ programs.

“My husband, Roy, is a CPA, and in the past he’s had people coming in and doing a little workshop on, ‘how do you do your 1040 and your Schedule C?’ — simple stuff like that,” reports Bukstein. “You’ve got to have that savvy if you’re gonna make it; it doesn’t matter how good a musician you are.” Other workshops have covered “how to write a good appeal letter to friends and family, how to write a good grant, how to go about getting a recording done, and different things musicians need to know that are not artistic things.”

One thing musicians can’t help but know is that money, from whatever source, doesn’t go very far these days. “Living in this city, money just flies out the door,” says Sascha Jacobsen, who attended one of those grant-writing workshops. “With grant money, I may get to take some portion of it for myself — for composing or what have you — and the rest will go toward rehearsing and performing the music. If you have a large group, and it’s a minimum of $100 per player, that could be $500 to $1,000 per rehearsal, and a minimum of $200 per player for the performance. So if you get a $5,000 grant, it sounds like a lot of money, but it’s not.”

“There are great composers, Beethovens and Mozarts, living among us today, writing in this form. It’s our full privilege and responsibility to bring them to the public.” – Tom Stone, Cypress String Quartet

As part of his last year’s grant from the Friends, Jacobsen’s musicians performed the commissioned dectet at the Conservatory during SFMusic Day, a free annual event curated by the Friends, as is the Chamber Music at the Legion series. Jacobsen appreciates that the Friends ask him not only for reports on his use of their money, but also for feedback on the effectiveness of their programs. He points out that the Friends recently increased the maximum amount of their awards, specifically for commissions, and he hopes that the San Francisco Arts Commission, which has also funded his work, will follow suit. “I’ve also applied for other California money, and have gotten funding through ASCAP,” says Jacobsen. “I haven’t yet applied for any NEA grants; I’m working up to that.”

Of course, the Friends have had to seek money themselves, in order to be able to share it. “We’ve hung in there year-after-year, trying to get NEA grants and San Francisco Arts Commission grants, and we finally got in the door to those places in the last three or four years,” says Bukstein. “It’s a matter of continually honing the product that you send to them — though I’m not the one who does that; Dominique Pelletey does, and he has a remarkable ability to think outside the box.

“We also have three different, private family foundations that are more general support for us,” she continues. “But the rest, we have to work very hard for. Little by little, we’ve gotten our foot in the door with some of the bigger foundations. They like that we’re developing new audiences, and that we’re promoting the creativity of composers and musicians. They’re not worried about the well-heeled opera-goers, because those people can afford to get as much culture as they want or need.” (Helping take chamber music to those who can't afford to regularly attend concerts, including some of the musicians themselves, is Classical Revolution, another of the 90-plus Friends affiliate entities.)

“People who are giving money, whether they’re foundation professionals or individuals who’ve been very successful, are supporting something because it resonates with them,” says the Cypress Quartet’s Tom Stone, who sits on the boards of both the Friends and CMA. “When you think about this art form, going way back, it’s represented very progressive ideals and noncommercialism. Chamber music has been an antidote since the time of Haydn. And there are great composers, Beethovens and Mozarts, living among us today, writing in this form. It’s our full privilege and responsibility to bring them to the public.”