It’s only fitting that cellist Sheku Kanneh-Mason, whose first name means “prince,” should have performed at the royal wedding of Prince Harry and Meghan Markle in the spring of 2018. Viewed by more than one billion people worldwide, the event catapulted the teenager to superstar status. Not that Kanneh-Mason was unknown before the nuptials: Indeed, the youth from Nottingham, England, took top honors at the 2016 BBC Young Musician of the Year competition, becoming the first black musician to do so, and has been in great demand from major orchestras and concert halls ever since.

Now 20, Kanneh-Mason has made successful debuts with, among others, the BBC National Orchestra of Wales, the BBC Proms at Royal Albert Hall, and the London Philharmonic. In 2018, Kanneh-Mason became the young-artist-in-residence at the Royal Liverpool Philharmonic, where he also took on a role in the orchestra’s education program. And, like many Gen Z influencers, Kanneh-Mason is a bona fide internet sensation, with viral videos of his passionate solo performances of pop songs by the likes of Bob Marley and Leonard Cohen viewed millions of times.

Kanneh-Mason’s story is unique in another respect: In addition to his possessing an extraordinary talent, he has six siblings — he’s third in line — all of whom are also musicians, with Simon Cowell having dubbed them, “the most talented family in the world” after a 2015 appearance on Britain’s Got Talent.

Together with his older sister, the pianist Isata Kanneh-Mason, a postgraduate student at the Royal Academy of Music who has fistfuls of awards herself, including having snagged that institution’s Iris Dyer Piano Prize four times, the duo brings their formidable gifts to California, where they will perform concerts on Dec. 3 at Los Angeles’ Colburn School and on Dec. 4 at Cal Performances’ Zellerbach Hall in Berkeley. (Sheku will also be a soloist with the Los Angeles Chamber Orchestra in a series of four performances in May, 2020.)

Having been on the fast track for several years now, Kanneh-Mason is fiendishly busy, but I had a chance to catch up with him by email ahead of his California gigs.

Are your parents musicians and how did you happen to choose the cello, which I believe you began learning at age 6?

My parents are not professional musicians, but both played or play instruments to a good standard. I chose the cello after hearing my older siblings playing in a local orchestra and it was the range of sound and color that really drew me to the cello.

How did your life change after you won the BBC Young Musician of the Year in 2016?

It gave me so many opportunities to perform in places I had always wanted to, and to be heard by so many different people.

No doubt one of those opportunities was being invited to perform at the Royal Wedding, where you played three works — Schubert’s Ave Maria, Fauré’s Après un Rêve (After a dream) and Maria Theresia von Paradis’s Sicilienne. How was the music chosen?

Firstly, I was sent a letter and then I got a phone call from Meghan Markle. We both suggested pieces, discussed what would be best and what could be arranged for cello. So we ended up with a mixture of pieces I know well and love — and pieces they wanted at their wedding.

Before you became well-known, was being black an issue — and when did you realize your family is not like, well, other families?

It didn’t affect me at all. I was never really conscious of a lack of diversity when learning as a child. [As for] growing up in a house where music was always available, it was lovely.

I understand that you haven’t met Yo-Yo Ma yet, but what cellists have made an impact on you?

I have always been inspired by the playing of Jacqueline du Pré and Rostropovich, but I would love to meet [Yo-Yo Ma].

In your upcoming California performances, you’ll be playing a program with your sister that features Beethoven’s 12 Variations on Mozart’s “Ein Mädchen oder Weibchen” (A girl or a little wife), Lutosławski’s Grave, Barber’s lyrical Cello Sonata, and Rachmaninoff’s Cello Sonata in G Minor. How did you decide on these works?

Well, the program contains some of my favorite pieces, the Rachmaninoff sonata, in particular, and it’s really nice to come to the U.S. to play the Barber, which is a piece not often heard but really deserves to be.

I understand that you’ll also be giving a master class at Colburn. Why is that important to you?

I love sharing my ideas about the music, passing on the things that I have been taught. And I also find that I really learn from [the experience] too.

What does it mean to you to be making your New York recital debut at Weill Recital Hall on Dec. 11?

It’s a really special experience and I’m looking forward to playing in such an iconic place.

Are you still living at home, and what’s it like performing with your sister?

I live in London now as I am a full-time student at the Royal Academy of Music. I really enjoy playing with my sister, and have done [so] since I was probably about 8 years old. Over the years we have played lots of sonatas. It’s great to be able to work together in such detail with someone you know very well.

On your 2018 Decca album, Inspiration, which features Shostakovich’s Cello Concerto with the City of Birmingham Symphony Orchestra, you also included Leonard Cohen’s “Hallelujah” and Bob Marley’s “No Woman, No Cry.” How did you come to include those pieces? 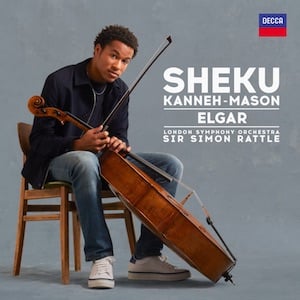 “Hallelujah” was a song I really liked [because] being for voice it worked well on the cello. I think the key is to make sure whatever you choose it’s performed at the highest level and is a valid contribution, which is what I felt about the Bob Marley.

Your next album, Elgar, will be released in January, and features the London Symphony Orchestra and Sir Simon Rattle. How was it working with Sir Simon, and what is it about Elgar’s concerto that keeps both musicians and audiences returning to it time and time again?

It was great. I felt very free playing with all of them, as if it was a real exploration of the work — even while we were recording. We were always discovering something new and there’s so much in the music, that it’s a piece that you can get something different from every time you listen to it.

It seems as if you can have the pick of conductors and orchestras you’d like to work with, so what’s your wish list?

Playing with the LSO and Sir Simon Rattle was a dream for me.

I see that you’re active on social media, with more than 135,000 followers on Instagram and nearly 100,000 on Twitter, not to mention that your YouTube videos keep racking up the views. Do you do your own posts or do you have help, and is it fun for you?

It’s a bit of a mixture, but I try to do as much as I can myself, [and yes,] YouTube is really fun.

Do you ever think about burn-out, and what’s your practice regimen like?

I am lucky to have a really understanding management company and teachers who are helping me develop at the right pace and who ensure I have sufficient time to prepare new repertoire each season. I am currently learning at least one new concerto and one new recital program each season, as well as exploring repertoire in my own time. I am very careful about the number of concerts I accept.

It’s a balance between practice and lessons, but I learn a lot from actually performing. I am very keen on learning different repertoire but also enjoy living with a piece for a while — developing it carefully. And each time I perform it, I gain so much more insight and feel [that] my interpretation grows.

Where do you see yourself in the next five or 10 years?

I just want to keep growing as a cellist and to be the best musician I can possibly be. 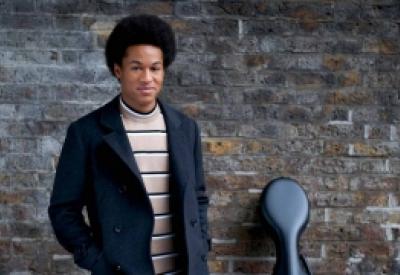 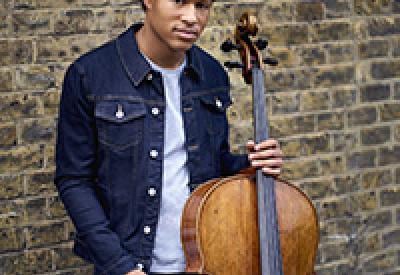