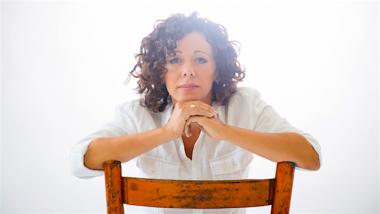 Luciana Souza Takes a Page From the Book of Longing

Although Luciana Souza has twice been declared Best Female Jazz Singer by the Jazz Journalists Association, the award in no way stands for a complete description of an artist who has also recorded and/or performed with the chamber orchestra A Far Cry, the Bach Akademie Stuttgart, the Boston Symphony Orchestra, Paul Simon, and James Taylor, and has showcased the languid music of her native Brazil.

Souza served as San Francisco Performances’ jazz artist-in-residence from 2005 to 2010, and returns to that organization at the end of this month in a program based on The Book of Longing, her 2018 release. The program and album title refer to the poetry of the late Leonard Cohen, which Souza has set to music along with verse by Edna St. Vincent Millay, Emily Dickinson, Christina Rossetti, and herself. “It’s about the words,” Souza declares in her album bio, “simple triads moving directly, tonal melodies, no fuss or unnecessary activity or ornaments.” She’ll be accompanied at the Herbst Theatre, as she was on the album, by bassist Scott Colley and Brazilian guitarist Chico Pinheiro.

Souza began earning money as a small child in Brazil’s largest city, Sao Paulo, following her father Walter Santos’s footsteps as a commercial singer of jingles, for which her mother, the poet Tereza Souza, wrote lyrics. Souza’s interest in jazz was fostered by her older brother’s invitation to follow him to the Berklee College of Music in Boston. She  returned to Boston later for further jazz study at the New England Conservatory.

Under her own name, she’s recorded six Grammy-nominated albums since 2002 and has been a side singer on 60-plus others. She spoke with SFCV from a stop in New York City.

Are you making music in New York?

I have a rehearsal here today, and tomorrow I have a concert in New Jersey.

Will that be what we’ll be hearing out here?

No. With a group of jazz musicians, we’re doing the reimagining of a record of Joni Mitchell’s, Mingus [Elektra, 1990]. She just turned 75 years old.

As a kid, did you have any classical training?

No, my whole experience was at home, self-taught, listening to my father play guitar. And the jingles I did, in Portuguese — for Coca-Cola, Johnson & Johnson, gum, department stores, banks — were a great “school,” because you have to use your ears. It gave me a sense of responsibility and pride, creating something quickly and efficiently.

To what extent were you picking up on the musics of your country, bossa nova and what came to be called MPB (música popular brasileira)?

I was very interested in it, and it came through the house, in the form of some of those actual artists coming to the house. João Gilberto grew up with my father, Milton Nascimento was a friend of the family, and father was befriended by Luiz Gonzaga, the king of baião [from Brazil’s northeast]. And my father played a lot of jazz for us: Frank Sinatra, Ella Fitzgerald, Sarah Vaughan, Carmen McRae.

At Berklee, in Boston, were you pigeonholed as a Brazilian singer?

Yes, and I have to say that in the beginning I resisted it some. But you become more of your country when you’re out of your country. And I had all these questions about culture in the U.S.: people don’t greet each other, they don’t hug each other.

Do you want to keep being Brazilian?

It’s irresistible for me. I didn’t want my first record to be my Brazilian record, I wanted it to be very complex, with the poems of Elizabeth Bishop and other kinds of songs. But now it’s not necessary to do that, because I’ve already established myself as a new music singer, a performer of poetry, a songwriter, a composer. I’ve put my footprint on all these stages. I’m not hiding it from anyone. I will always have an accent, I will always look the way I look. But I do think it brings a lot: my sense of rhythm, my reverence for melody, come from being Brazilian.

And what about Brazilian music itself?

I was born in 1966, so I grew up with whatever was left of bossa nova, which was a mixing of samba, sophisticated jazz harmonies, and classical music. Jobim was heavily influenced by Debussy, Chopin, and his music shows that. And, as in America, the music of Brazil is not just one music. We often say that the geography of each place influences its music. So Brazilian singers have to deal with a lot of things before they can sing a single note.

Have Brazilian singers tended to follow the commercially successful template of Astrud Gilberto (who sang the English lyrics on “The Girl From Ipanema”)?

I think it was really João Gilberto [Astrud’s guitarist husband]. She borrowed it from him, and the reason was that, with amplification and the development of microphones, he didn’t have to belt it out or use vibrato. He ended up influencing Frank Sinatra and other people. And for Brazil, it was also what was happening on the West Coast of the U.S., with the cool-jazz movement — Chet Baker and other people singing and playing with no vibrato, with a much straighter tone.

What drew you to your latest album project, including Leonard Cohen’s poetry? 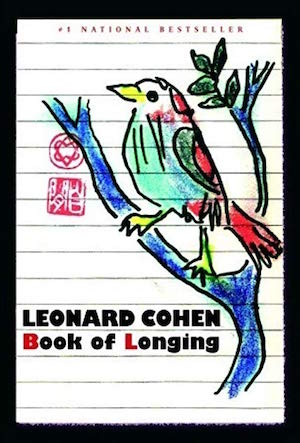 My husband, Larry Klein, as I was marrying him, gave me Leonard’s Book of Longing, which came out in 2006. Leonard and Larry had worked together, and Larry was going to a synagogue at the time, and brought Leonard with him, so they had that connection. Leonard was a lovely human being with a great sense of humor, and he attended our wedding. I started setting some of his poems to music, and asked him if I could record them, and he said no. I kept going, and he said no twice, and the third time he said yes.

What changed his mind?

I think it was being Jewish and being asked three times. [A possible reference to rabbinical protocol about conversion.]

What about Leonard’s poetry brings special challenges or rewards?

As a foreigner coming into this language, poetry can be very highbrow and intimidating, but his poetry isn’t. It’s very direct and has a great sense of musicality, because he is a songwriter. His poetry has rhythm, meter, rhyme, and it’s generous and clear, though there are layers of deeper and deeper meaning. It reveals something about me that I didn’t know, when I’m in the presence of his words.

Did you write your own poems specifically for this album?

Larry said, you need to have some things of your own here, so he gave me an assignment. Of course, I had to do all that between being a wife and a mother. [laughs]

How old is your kid?

Noah is 10 years old. And at this point in my life, I’m not asking permission any more, I’ll take whatever criticism [of her poetry] I need to take, though not as someone who feels like an equal, as someone who’s beginning.

You’re being all the things you want to be, as a whole person.

Thank you. That’s it!

What has working in new music done for you?

I feel it’s enriched my life in so many wonderful ways, and I’ve done a great deal, for someone of my experience and background, whether it’s with Osvaldo Golijov or Derek Bermel or Patrick Zimmerli.

Why do you suppose they come to you?

I think they want something that sounds very human and fallible and vulnerable. They’re not looking for the perfection of a Renée Fleming, someone who can hold a note and make it develop and blossom. I can’t do that to a note. I can sing a note and it’s plain and folklike, but it’s real.

What more should you tell us about what we’ll be hearing on Nov. 30 at the Herbst?

It will include the entire record, but not front to back. In between, I’ll recite some poetry, and it’ll be punctuated by Brazilian music, from Milton Nascimento, Hermeto Pascoal, and so forth.

And I assume you’ll be selling and signing albums. Are you pleased to be on the Sunnyside label, which also seems not to be bound by category?

There’s something very special about finding a home for your music. Mine has taken shape over the years, I’ve been able to do everything I wanted, and that is only possible when you have a place like Sunnyside. We have a relationship that’s so respectful, and I don’t have that with many people in my life. It’s like a marriage. I’ve had a couple of marriages, and I can say that this is one of my best!

November’s Best Jazz and Beyond Around the Bay Area

Plenty to be thankful for with these great local gigs featuring jazz and other terrific music from around the globe.