Quentin E. Baxter Builds a SoundBox for the Holidays

It may be the time of year for Christmas carols, eggnog, and hanging stockings by the chimney with care, but for Grammy Award-winning drummer, producer, and composer Quentin E. Baxter, it’s the time of curating a SoundBox program for San Francisco Symphony. The experimental late-night live-music series, a laboratory for exploration of new musical ideas and immersive audience experiences, kicks off its eighth season Dec. 17–18. The program, titled “Embarkation,” will feature music by, among others, Max Roach, Maurice Ravel, and Baxter himself.

The multihyphenate, who grew up in Charleston, South Carolina, and still makes his home there, was educated in that town’s public schools. Earning a bachelor of arts degree in music theory and composition from the College of Charleston, Baxter, now 50, taught there for a number of years, as well.

Touring worldwide with award-winning vocalist and composer Réne Marie and Grammy-nominated vocalist Freddy Cole, the musician has also been a presence at numerous prestigious venues and festivals, among them the Kennedy Center, Jazz at Lincoln Center, and South Africa’s Joy of Jazz Festival. In addition, Baxter has worked with such boldfaced names as the late tap dancer Gregory Hines, the German-born American singer-songwriter, rapper, and bassist Me’Shell NdegéOcello and Grammy-winning pianist/composer, Billy Childs, to name a few.

Then there’s Ranky Tanky (a Gullah phrase for “get funky”), a Charleston-based group — with Baxter its drummer — specializing in jazz-influenced arrangements of traditional Gullah music. Created to introduce children to the evolution of African music in America through Gullah history and culture, the genre refers to the name of the descendants of enslaved Africans who lived on the Sea Islands of South Carolina, Georgia and northern Florida. In 2020, Ranky Tanky’s recording Good Time, earned a Grammy in the Best Regional Roots category.

I caught up with Baxter by phone from his home in the Palmetto State, covering a range of topics, including his upcoming gig, his composing process, and the key to improvising.

The groundbreaking series SoundBox is an immersive audience experience and features shifting stage settings, art installations, and projection screens. The program you curated includes your compositions, Art Moves Jazz, and Art of Improv. What were your criteria in choosing the works?

The pieces I chose had a lot to do with interests of my own. Art Moves Jazz was reimagined and orchestrated from a jazz quintet of mine to a string quintet. Rodney Jordan is a bassist and he arranged it. When we were talking about the show — I still live at home, because I’m inspired by home — I wanted to share what that means to me with people in San Francisco.

I decided we were going to incorporate images from the painter John Duckworth from his landscape series of artworks. I wanted to show the terrain and images of the low country. Once [the people from] SoundBox told me I could do these things, I had to come back down to the ground I was [so pleased]. That’s why I chose Art Moves Jazz.

What about Zoltán Kodály’s Adagio from Duo for Violin & Cello, Opus 7, Max Roach’s Ghost Dance, and your Art of Improv — and will you be performing?

I will be performing throughout the experience with the exception of two pieces. Colin Quashie is a screenwriter, and he also presented a play that he wrote and asked if I would compose music to it, which is Art of Improv. I’m playing drums with tenor sax and bass. I chose Max Roach because he was my biggest jazz influence.

I also chose one movement of the Kodály Violin and Cello duets because that piece resonates with me. When I first heard it, it caught me off guard. It was Sunday and I was in Atlanta, Georgia, and this piece in its entirety was being performed on NPR. I had to go buy it because a lot of emotional things were present for me. The Kodály pieces are so creative and so imaginative that it brought me to tears. I’m not putting the work in [the program] to bring people to tears, but it just inspires me.

You’ve also programmed the perennial favorite, Ravel’s Boléro, but in a reduced version.

It won’t sound reduced! The energy will still be there. There’s going to be a special intro for it and I will play along and I will collaborate and do some improv with that. I’m excited about the process. For me, the hardest part is waiting until Dec. 17 to do this piece. Everyone was so accommodating, and I don’t think I heard “no” from anyone. It’s an amazing organization and I can’t wait to meet the people in person.

Why is a series like SoundBox, an alternative to the traditional concert hall experience, so vital these days?

SoundBox is extremely important, especially now, because we’re asking a lot of art and culture to get us through a lot of things — to cross-reference energies. The cross-referencing musically or artistically is what’s needed right now, instead of being singled off one way or the other way. It doesn’t represent humanity, it never has.

Art is supposed to develop, it’s supposed to commingle. I believe that and these are the types of shows that continue to pique interest — where [audiences] can come to something they’ve never been interested in.

Some people refuse to listen to current music, some refuse the past. But it’s all art. These kinds of shows serve as a conduit and for people to get to the fact that it is art. It’s about timing, experiences, and these shows get people to understand that. Musicians in symphonies, in jazz — we’re human beings, we shop for groceries — and if we do something else, you don’t like us. For artists who are living in this day, it’s a wonderful platform.

What is your composing process like? Do you work on the piano, the drums, or both?

Unfortunately, it’s not often enough these days. I can’t wait to get back into it. My process is sitting at the piano, at the times I’m inspired and when I find melodies that keep coming back to me. I keep a recorder with me and I’ll sing melodies or bass lines and come home and sit at the piano to compose.

On drums I get these melodies, but I have to be at a piano to be able to hear the pitches and figure out the chords. The thing about my instrument, you don’t have to actually take a breath to play it, but to make music on it, it does. For me, if I play too long, it feels like I’m holding my breath and at some point, I have to breathe. I’m taking human expression and translating it into my instrument. It makes me a better human being. But what if I’m a jerk at some point? I want to be better about not being a jerk. That’s why composing from the drum set for me is the easiest.

Getting to the piano and deciding what the chords are going to be — my degree is in theory and composition and my training with [professor] David Maves in Charleston has informed me. If you can play it or you can imagine it, you can write it. It was so empowering to have had a professor like him.

What is the key to improvising, to playing music without a written score?

When you respond effectively, because you’ve studied and are continually getting input, you have the language. You have the ability to get a point across, because you know words, but you also have choices, and in the moment, you’re stuck with choices.

And even though you have something to say, it might not be the right expression at the time. Just like you have one way of saying something, it’s not enough to do that, you have to have several ways of saying the same thing. When you practice that and learn that, you can express yourself. You’re responding instead of just reacting. Anyone playing whatever they want just to get a reaction, might not be the proper response.

But if there’s a story and a real emotion that’s being solicited, we’re developing some way to navigate through that. We improvise all the time, even if it might not be musically. Somebody might ask you directions to the supermarket and there are many ways you can answer. All of that’s improvising.

Jazz is healthy, jazz will always be healthy — that’s me speaking, for sure. There are always going to be some approaches that are going to be controversial [but] I believe you’re all that you’ve met. Jazz lives in so many different genres and expressions, it will always be around. Young musicians are playing, the older ones are huge in education, sharing, mentoring. As long as we have mentoring and people who care, the music will always be healthy. The minute that stops, it’s gone. 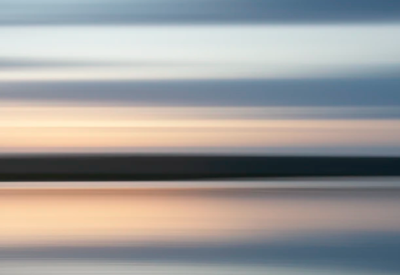 The go-to jazz drummer talks about learning from the “Magnificent Seven” and her spate of upcoming local gigs.

The lauded composer, multi-instrumentalist, and MacArthur Fellow talks about the diverse influences and ideas behind his latest recording.