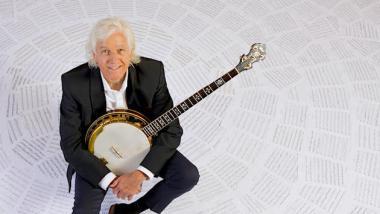 Tim Weed Carves Out His Own Niche With the Classical Banjo

In a musical world connected by an invisible electronic network, it’s not easy to find a new blend or genre that hasn’t already been created. But hearing a classical concerto for banjo and orchestra for the first time does come as an unexpected surprise — pleasing to the ear, and quite visceral. Multi-instrumentalist, vocalist, and composer Tim Weed, whose life and career have taken him on a myriad of musical journeys, had a moment with the banjo that changed his whole conception of what that instrument is capable of, which is beautifully conveyed on his newest album, Light and Dark. 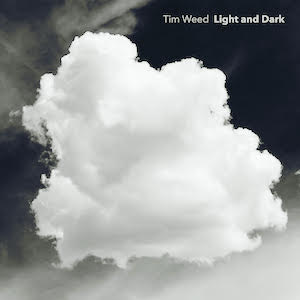 The new album contains two concertos for banjo and orchestra composed and performed by Weed. It is scheduled to be released on September 25 on a brand-new record label, Plant Studios Records. The label and recording studio were founded by Arne Frager, the former recording engineer and owner of the legendary recording studio, the Record Plant in Sausalito. It is the culmination of a dream he has had for many years.

The album was recorded in Prague with the 82-piece Prague Metropolitan Orchestra. The two original compositions are titled Morro Glenn and Colloquium: Dark & Light. They are stylistically opposite, but equally exquisite. He recorded them in 2012 for his solo banjo album, Milagros.

Weed called on an old friend, Emmy Award-winning film composer Steven Cohn, to help him orchestrate Colloquium: Dark & Light, a complicated piece filled with cascading arpeggios and flurries of frantic dissonances, written during an intense time of distress and uncertainty in his life. He says the piece has brought people to tears at concerts.

The other selection on the record, Morro Glenn, was inspired by a visit to his parents’ home in Morro Bay. It reveals a deeply beautiful, slightly melancholy melodic line that weaves through the piece, enhanced by rich orchestral passages that repeat or expand upon it. Weed collaborated on the orchestration for Morro Glenn for many weeks with Bay Area bassist and composer Sascha Jacobsen, a friend and musical collaborator who had previously arranged and performed a version of it with his quintet.

Weed grew up in Southern California and originally played trumpet and sang in the choir. Strongly attracted to the banjo in his teens, he got his first one at age 17. Originally a bluegrass player performing at large concert venues, he became a popular session musician in Los Angeles, playing banjo, electric and acoustic guitar, mandolin, and singing (he has a beautiful high tenor voice). He also composed orchestral cues (short pieces from five seconds to eight minutes created for a particular scene) for film and TV scores. His explorations of the banjo led him to creating a technique that incorporated the high drone string into the chords, instead of picking it to create the familiar syncopated style associated more with bluegrass.

Weed’s passion for expanding his musical boundaries is reflected in his previous albums, including Ragas on Sarod and Banjo in 2005 with acclaimed sarod player Stephen James, his solo banjo album Milagros in 2012, and Soul House, a collection of original vocal and acoustic music in 2013.

While living in Maui in 1993, he got hired to play a banjo part in a piece being performed by a symphony orchestra. It was during that time period that he experienced a sort of “magical moment.” Strumming through some harmonic chordal passages instead of fingerpicking them, Weed suddenly felt a new sensitivity and “emotional charge” in the sound of the instrument that he hadn’t heard before.

We chatted over tea at the woodsy, secluded home and studio that he shares with his partner Elizabeth “Liebe” Patterson, who was the music director for the recording. An engaging storyteller, Weed shared stories about his lifelong passion for music with palpable enthusiasm, often grabbing one of his numerous instruments to demonstrate a musical passage or idea.

A Buddhist practitioner who studied with a Zen master in Japan, and in wats (temples) in South Korea and Thailand, Weed says Buddhism has been a large part of his life, and influences everything he does.

What brought on that special “moment” in Hawaii that led you to write Concerto in E-Flat?

I think it was just the process of being immersed in writing orchestral cues for a documentary film I was working on and picking up the banjo, and suddenly hearing tht I could play it quietly, and that it could ring and have beauty to it. I ended up writing Concerto in E-FLat, which was about 25 minutes long [on the Milagros album].

How did your recording with the Prague Symphony come about, and what was the experience like?

I really always wanted to do these songs with orchestral accompaniment as two parts playing together. There have been other symphonic works written around the banjo, but typically it’s the banjo doing a banjo thing and the orchestra is just playing chords.

Last year Liebe and I were going to Vienna to go to a wedding, and a good friend said, “If you are going to be in Vienna, why don’t you go to Prague and record your score?” He introduced me to a friend [Arne Frager] via email who said, “Classical banjo — weird — I like it — send me something.” And that became my new record label.

It went sort of like a movie — recording things out of sequence and sight-reading. Sometimes there were 15 takes on a section. I was kind of dumbfounded to learn that a lot of orchestral work is done that way. Liebe, who is a trained musician and has an incredible ear, sat at the producer’s desk with the score, making sure that everything got recorded and that there were good takes on everything.

Are you pleased with the recording?

I am happy. People who listen to it are moved. But I think like with most records, you are never 100 percent happy. I think it would be much more patient — it would breathe more — in a live performance. One of my goals is to perform it live.

How has your life been affected by the coronavirus?

I miss connecting with people and especially miss playing together, but a lot of positive has come out of it, and it has been very productive for me. During the “quaran-tune,” I have recorded 28 songs. Some are older pieces that I just never recorded. And I have a brand-new orchestral piece that I’m writing. This is sort of like a musician’s dream — stay in your room and no interruptions — so you have to practice and you have to write.

What are your future dreams, plans or aspirations?

My dreams are that this Covid situation will subside and we’ll be able to perform and do concerts again. Performing is a big part of the joy of music for me. It’s not about affirmation. It’s not about applause.

It must be exciting to be the first album for a new recording company.

My joke is: What better way to launch a new record company than with a classical-banjo record? That’s pretty over the top!

As our world grows more interconnected, folk and classical traditions continuously mix it up.