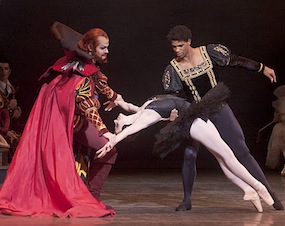 The plan for Ballet San Jose to link up with the American Ballet Theatre began last August, said BSJ Executive Director Stephanie Ziesel as “a very simple lamenting between sisters. I was saying, 'I don’t know what to do for this company.'”

From the ‘simple lamenting between sisters’ has come a complexity of intrigue, sorrows, and contention as well as a suggestion of new directions for a company that has long had to fight for audience share with its powerhouse northern neighbor, San Francisco Ballet (where Stephanie Ziesel was associate director of development before joining Ballet San Jose in 2009). Stephanie Ziesel’s sister, Mary Jo Ziesel, is the director of education and training at American Ballet Theatre School in New York.

Jane Austen this isn’t, although the plotline is worthy of a novel or a ballet movie — Black Swan, maybe, on overdrive. Now, instead of the leadership of the company’s co-founder and longtime artistic director Dennis Nahat, the troupe will partner with ABT — ironically where Nahat , 65, used to dance — via its school. There will be, Ziesel said in an interview Thursday in Menlo Park, no artistic director, no top-down hierarchy, but instead, “a structure that includes more artistic and creative voices.”

Value of the Partnership 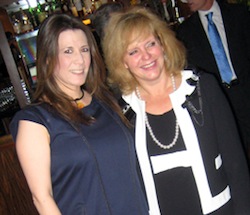 Ziesel said the ABT program, which consists of a three-tier certification process for dancers as well as teachers, will provide an underpinning of “identifiable standards.” She added, “The attention and excitement that would bring, not to mention the brand value of ABT, all of that, why wouldn’t we want it?”

ABT is considered one of the nation’s — and the world’s — premier ballet companies. Its certification program is in place in New York, the company’s home; at the Orlando (Florida) Ballet, and at the University of North Carolina School of the Arts. Although the company often tours to Segerstrom Center for the Arts in Orange County, it rarely appears in Northern California. The school, whether or not it becomes the controlling entity of the company, would establish an ABT beachhead on the West Coast, so negotiations have doubtless taken into consideration the value of that presence to ABT.

According to the ABT school web site, a summer intensive program of teacher training costs $4,100 per person. Ziesel said the plan for Ballet San Jose is to provide such training for the school’s faculty and also for as many dancers in the company — currently there are 33 — as possible. Former artistic director of ABT and principal dancer Wes Chapman has been named Ballet San Jose’s artistic advisor. The company’s balletmaster, Raymond Rodriguez, has been appointed Principal Ballet Master and together with Chapman will serve as the primary artistic advisors. New ballets, Ziesel said, will be staged by their choreographers.

Nahat in the Middle: The Future Role of the Company's Co-Founder 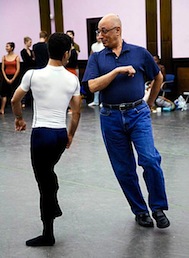 To Nahat, who is away teaching in China, judging a ballet competition in Japan and due to return January 14, as well as to his network of friends and supporters, the upheaval is beyond professional. It is a repudiation of his 25 years at the helm, 80 ballets he created, encomiums and awards, relationships cultivated with the Silicon Valley business and professional community, and his leadership of not only the company but its school, with hundreds of students and a well-regarded faculty, curriculum, and outreach program.

In August, Ballet San Jose, amid financial troubles, dropped its planned fall season except for its December Nutcracker. The company’s turn away from Nahat’s leadership began as early as September, when talks began with ABT. Nahat was told in October, as the ABT partnership was being negotiated, that his sole responsibility was to rehearse the dancers in The Nutcracker. Since then, Nahat said in early December, he had had no conversations with members of the executive committee nor with Executive Director Ziesel. Finally, a few days before Christmas, the board chairman John Fry, the company’s primary benefactor, who has given the company $30 million since 2003, spoke with Nahat.

According to a Nahat supporter, Fry told Nahat that the company wanted to pay him for the use of his ballets as well as to fund the creation of future ballets, in an agreement that would continue to pay him as artistic director until June 30, 2012 and pay royalties on his works after that. Nahat wrote down Fry’s proposal and asked him to sign it. Fry didn’t. 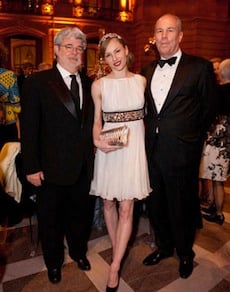 Fry is the chief executive of Fry’s Electronics and resigned yesterday as chairman of the Ballet board. He controls the purse strings of the company because he is the major donor. According to the dancers' union area representative, Nora Heiber, the dancers are terrified that he will simply take his money and walk away, and the company will fold. When the dancers’ contracts were being negotiated last March, the dancers received offer letters guaranteeing that they would get no less than they had gotten before. They ended up with two percent more than their previous contract. Nahat, who as artistic director is, or was, management, “sat there and basically negotiated on behalf of the dancers,” Heiber said. “It was the weirdest situation I’ve ever seen.”

Fry has been in a long-term romantic relationship with Alexsandra Meijer, one of the company’s ballerinas, and there have been allegations that their liaison has led to favoritism in performance opportunities. The dancers’ union is considering filing a grievance to that effect — under the explosive rubric of “sexual harassment” — as well as a grievance that a famed guest artist, Carlos Acosta, engaged via Fry’s largesse to partner Meijer in two performances of Swan Lake last February, was not a union member.

Amid all this, plans for a season appear to be going forward. Still in question at this time is the exact repertory of a promised three-program season in March, April, and May, with the dancers — who under the collective bargaining agreement are supposed to know what the repertory will be before they sign their contracts — as much in the dark as the public. Ziesel said yesterday that the dancers, whose contract ends May 17, had been told of most of the ballets but three were yet to be determined. She said the programs would include David Lichine’s Graduation Ball, Clark Tippett’s Bruch Violin Concerto No. 1, and Jerome Robbins’ Interplay, with Ben Stevenson’s full-length Cinderella as the final program, in May. Of the works under consideration, none are by Nahat, because “we won’t potentially have the right to perform his work.” (From China, Nahat emailed this week that nobody from the company has been in contact with him during his trip.)

As for the Ballet San Jose board, it includes Kathryn Kolder, a vice president of Fry’s as well as a stakeholder in the company. Asked what difference it made for Fry to have removed himself if one of his employees was still on the board, Ziesel said, “If the question that you’re asking is whether this is designed to create some kind of structure where he is not involved and is just operating through his functionaries, that is not the case. In fact, the executive committee will consist of Kathy Kolder and our new board chair,” Lorraine Gilmore. “And John and Fry’s will have influence and they certainly should have a place on the board, given their enormous investment.” Their decisions, she said, will continue to be financial rather than artistic.

The company had been in danger, if not of going away, “of continuing down the path they had been, the path of, ‘Okay, we’re still here.’ And in that environment it is very difficult to plan.”

The absence of a hierarchy in the new order, similar to the “flat” nature of many Silicon Valley companies, “is something we’re going to try out,” Ziesel said. “It is meant to open up the creative process and not stifle it. This is a solid proposition for determining programming. The board … are not running rehearsals, are not casting ballets. The choreographers and the stagers … will be doing the casting.” She added, “Maybe it won’t work, but we will have learned something from that process. And we are not in a place right now where we are looking to have one person come in and run the company. That is an enormous responsibility to be placing in the hands of one person.”

The company, she said, had been in danger, if not of going away, “of continuing down the path they had been, the path of, ‘Okay, we’re still here.’ And in that environment it is very difficult to plan.”

With the new regime, the company will be in a position to broaden its base of donors, she said, to raise money through clearly defined fundraising plans and engage in strategic planning to map out future seasons. “We feel that we will be attracting newer audiences, certainly with the hope that those who equate Ballet San Jose with Dennis Nahat will embrace what we are trying to accomplish.” Asked to look down the road five years, she said she would like the company to be a top regional company, with a school whose dancers will hope to be hired for Ballet San Jose.

Asked to comment on the way Nahat has been treated — simply as a human being, rather than in her role as executive director — Ziesel said, “I am indeed a human being,” adding wryly, “you see me sitting before you. But in the position I’m in, I have to focus on the organization and respectfully decline to comment on personnel matters.”