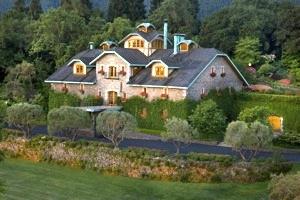 The age of a music festival can prompt some interesting reflections, especially for those aging along with them. 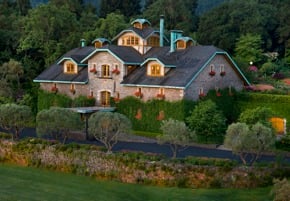 For example, if you remember Nicholas Slonimsky playing Chopin on the piano with an orange at the Cabrillo Festival in Aptos (where the festival-birthing Cabrillo College is located), then you realize this great bastion of baby-fresh new music is actually a middle-aged 48.

Or, how about the fact that Midsummer Mozart — created, directed, and sustained by George Cleve alone — is in its 36th year? How fast time goes. ...

By contrast, two very young festivals — [email protected], 8 years old, and Festival del Sole, 5 — feel like old, treasured friends, particularly Menlo, with its depth and brilliance, though Napa’s star-studded concerts in castle courtyards under the stars are nothing to sneeze at.

The veteran festival-goer surveying the summer scene will also register some losses, such as that of the Sonoma State/Santa Rosa Symphony Green Music Festival, once holding sway under Jeffrey Kahane, but now rudderless and inoperative. I hope that when the Green Music Center has been completed, this small but excellent chamber-music festival returns. 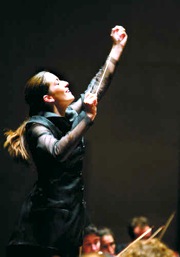 The San Francisco Symphony’s “Summer & the Symphony” series begins today, intermingled with concerts of the 2009-2010 season that ends on June 26. Summer concerts run through almost two months, ending on July 25, with a free concert in Dolores Park, celebrating Mexico’s bicentennial.

Besides Pink Martini, programs of movie soundtracks, Broadway musicals, and even video games (“Final Fantasy”), the festival once known as “The Pops” will also offer the music of Beethoven, Mozart, Tchaikovsky, Rachmaninov, plus many more.

In one of those head-scratching marketing/advertising moves the Symphony often employs, the latter are labeled as “my Classic Beethoven,” “my Classic Tchaikovsky,” and so on.

A recommended highlight: the July 22 “My Classic New World” concert, with the music of Dvořák, Copland, Grofé, and Ellington. The young Mexican conductor Alondra de la Parra leads the concert, with soloists Charlie Albright on piano and baritone Lucas Meachem. 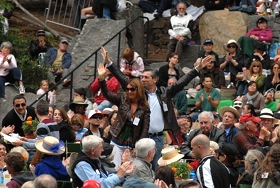 Those hot or freezing Sunday afternoons in Stern Grove (or even alternating between weather extremes the same day) are mostly given over to pop, jazz, and ethnic music, though there are also programs featuring the San Francisco Opera (July 4), San Francisco Symphony (July 11), and San Francisco Ballet (Aug. 8).

It’s been 36 years since George Cleve established the Midsummer Mozart Festival, and both he and it are mounting two rewarding series of concerts this year.

The programs are generous, such as the opening concerts (July 15-18), which feature Symphonies Nos. 15 and 40, Violin Concerto No. 4 (with Robin Hansen), and Piano Concerto No. 21 (with Audrey Vardanega).

The second set consists of the ballet music for Idomeneo, concert arias sung by bass Jeremy Galyon, and Piano Concertos No. 23 and 25 with Seymour Lipkin as soloist. 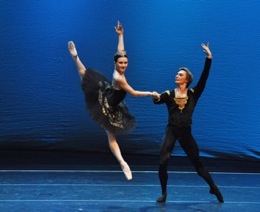 Habits, even obsessions, are not all bad. Once you get a taste of [email protected], which proffers sensational chamber music performances by the cream of the crop, in a warm, attractive environment, you will be hooked.

The theme for the upcoming eighth season is “Maps and Legends,” presented as “a multidimensional journey through the vast landscape of human experience” by surveying music according to time and place, national identity, and universal phenomena. In another setting, that could be suspected to be a convoluted marketing notion, but Menlo Codirectors Wu Han and David Finckel always substantiate such high-falutin’ ideas. 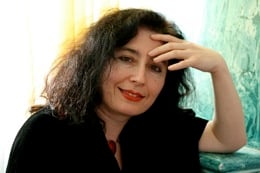 The Cabrillo Festival of Contemporary Music — to give it its unnecessarily descriptive official title — is led by Marin Alsop, and this year it features new works by 13 composers, all very much alive and 12 of them in attendance. They include John Adams and 2010 Pulitzer Prize winner Jennifer Higdon.

In addition to many world and West Coast premieres, Cabrillo also offers 20th-century classics, as well as participation by such exalted contemporary-music groups as eighth blackbird and the Kronos Quartet.