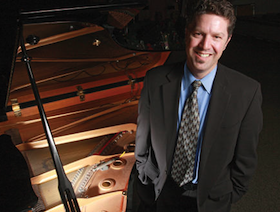 In the annals of symphonic crimes, this one takes the cake.

The (alleged) fact is simple and impressive: The Peninsula Symphony reports that its bank accounts have been cleaned out of approximately a half million dollars.

But beyond that, there is nothing straightforward; so far, it's what is known in the news biz as an "ongoing story." Major, basic questions include when, how, and of course, who?

Although the story was first reported on Thursday, it was known internally for about a week, long enough for the board and musicians to conduct an admirable fund-raising blitz, and to save the season, scheduled to begin Oct. 25.

The obvious person to ask for information is the organization's top official, now always "executive director," although "director" was good enough for centuries. Regardless, when I called the office, asking for the ED, I was told there isn't one. Was there one before? Yes. What's his name? "I don't think I can tell you." The mystery deepens. How about the treasurer, who is listed on the website? She is a volunteer, and not available. 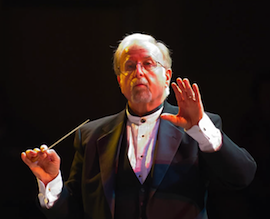 Larry Kamer to the rescue, an arts consultant now with the unenviable assignment of "symphony spokesman." Ask him a question and he gives you as much of an answer as possible during the investigation of a crime.

Kamer says when an unnamed member of the Los Altos-based orchestra's board "recently" looked into the symphony's bank account, he or she discovered that money was missing. How much? Pretty much all the money, endowment, and operating funds.

The estimate is approximately $500,000, a figure that rang a bell. I had just looked up Peninsula Symphony's tax records for Fiscal Year 2012, which showed an annual budget of $586,554. That's quite a high figure for the 85-member orchestra, which — except for a few principal positions — consists of unpaid volunteers, some paying a tuition for the experience they receive in rehearsals and performances. The IRS 990 form also showed 2012 salaries of $68,000 for the executive director, and $64,000 for the music director.

But even worse than losing the year's budget, the missing funds "represent substantially all of the assets of the organization," according to Kamer.

Bay City News has quoted Los Altos Police Sgt. Scott McCrossin that the department is in "the early stages" of a criminal investigation into the report of missing funds. Kamer said there is a suspect in the money's disappearance, but he declined further comment — understandable under the circumstances. 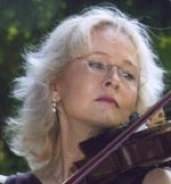 The orchestra has engaged, pro bono, the law firm of Baker & McKenzie to assist with efforts to recover the missing assets. A professional accounting firm is to be employed soon to investigate the losses and help implement financial controls to protect future donations and contributions.

Meanwhile, back to Kamer about the organization's top official, whose name was deleted from the orchestra's website. He is Steve Carlton, 45, who first took the position in 2009. Yesterday, the first report said the (unnamed) "executive director has resigned and a search for a replacement is underway," but later the spokesman corrected that to "no longer with the organization." E-mail requests to Carlton for comment went unanswered.

Music Director Mitchell Sardou Klein said the musicians, the board of directors and himself "were deeply shocked to learn of this horrible situation."

The esprit de corps of this organization is something very special, and we are a close-knit musical family, many of us with decades of dedication to this ensemble. Even after my 29 years conducting the orchestra, there are still a large number of musicians who have been here longer than I.

In this uncertain situation, it has been genuinely inspiring to me that so very many people have expressed their continuing deep support for the Peninsula Symphony and backed that up with pledges and donations, even in just the first five days.

These new funds have guaranteed that we can honor our commitment to undertake our 65th season as planned, with some internal austerity measures. Our soloists and collaborating musical organizations are also rallying with renewed energy and expressions of support, as we all work to restore the Symphony to good financial and institutional health.

The emergency fund drive apparently resulted in raising about half the amount necessary to produce the season. (Donations may be sent to the Peninsula Symphony, 146 Main St., Suite 102, Los Altos, CA 94022, or made online at peninsulasymphony.org.)