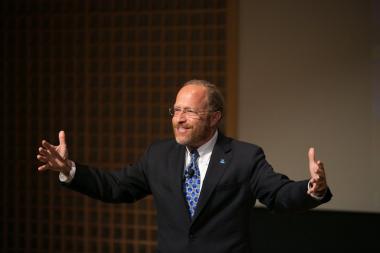 How Arts Philanthropy Changed in 2020

When the pandemic lockdown began in March, leaders at many arts organizations panicked about how they would keep going with gatherings, performances, and gallery and museum shows not allowed — for no one knew how long.

Without question, the arts, particularly the performing arts, which were some of the earliest to close and are expected to be among the last to open again, have been suffering. Randy Cohen with Americans for the Arts, says 95 percent of organization have had to cancel events, and collectively in the U.S., the arts have lost $14.1 billion.

“I hear people say, ‘If only this was just a recession,’” he said. “We’ve all got a playbook for a recession.”

Some leaders at art organizations felt uncomfortable reaching out to donors at such a terrible, unsettled time. Marlah Bonner-McDuffie, vice president of development at League of American Orchestras, says that’s understandable — but not the way to go.

“The biggest mistake I’m seeing colleagues make is to think about pausing or decreasing or stopping contact,” she said. “When the pandemic hit and the stock market and portfolios are crashing, the last thing you want to do is get on the phone and ask donors for money.”

“They want to know you’re not throwing your hands up and saying, ‘What are we going to do?’” she said. “We increased our engagement with our donors, and we say, ‘What do you think about this?’ so they feel like they’re a partner and not just a checkbook.”

This approach works, says Trine Sorensen, a board member of both the League of American Orchestras and the San Francisco Symphony. She says people at the symphony called her and her husband to ask what they thought of the choices the organization was making.

“They asked how are we doing on some specific outreach, and on digital programming, and what was resonating and what we liked,” she said. “We got a sense they were listening to us and respected us, not just marching ahead.”

Sorensen agrees with Bonner-McDuffie that this is exactly the time to reach out to donors — and to think about what your organization can do.

“Philanthropy is all about relationships,” she said. “Organizations with big ideas that are able to be strategic and look forward and pivot and think creatively will have a higher likelihood of survival than those who pack up and wait it out and show stuff from 20 years ago.”

Some of the musicians at the symphony have been calling donors, Sorenson says, who are often surprised and delighted to hear from the people they’ve seen onstage. Along with making phone calls, musicians have played for donors outside.

Cohen agrees organizations need to reach out to their communities, not wait for the day people can walk in the door again. Because that day may not come for a while, he says. In studies they’ve done, they’ve found 15 to 20 percent of audience members say as soon as it’s legal and arts organizations are open, they will show up.

“But over half say, ‘I’m going to wait it out,’” he said. “Arts organization are under unprecedented challenges, and along the way there’s a lot of pain and it’s not limited to the arts.”

In some ways, the hardest hit are midlevel organizations, Cohen says.

“These are brutal times, and there’s pretty much devastation across the board,” he said. “But I used to manage a small theater company, and it’s like that Bob Dylan song — if you’ve got nothing, you’ve got nothing to lose. There’s very little paid staff and usually not a permanent space, so you can move. Big museums and really large institutions have buildings and facilities to maintain even if your events are cancelled, you have to maintain your building. But a lot of those have an endowment and a line of credit and a more affluent board of directors. Midsize organizations have a facility and a staff, but they may not have a deep bench on the board.”

Cohen says that all the uncertainty makes it hard, and he points out that some less visible people are losing jobs in the arts — like the wig makers or makeup people.

He adds that large donors are expected to maintain their level of giving but says a challenge for the arts is that giving tends to be cyclical — giving goes up in a good economy, and in a challenging time, it often is redirected to human services.

You can choose both, says Michael Fleming, director of Los Angeles’s David Bohnett Foundation. And he believes funding the arts is a human service.

Fleming says many of his graduate students at University of California, Los Angeles, struggle to see that.

“It’s easy to understand that, if we’re talking about big societal issues like homelessness or environmental justice, it feels like, ‘why are rich people giving to the arts?’” Fleming said. “A lot of [graduate students] haven’t been exposed to how a museum or a symphony operates, and it seems really old and really rich and really white.”

Fleming says he’s trying to move beyond the image of a gala to show the public connections between arts philanthropy and the public good.

“If you’re funding the LA Phil for example, it does amazing outreach to communities of color,” he said. “They have an incredible youth orchestra program.”

“If you look at research, arts are exactly what we need to be investing in right now,” he said. “There will be another side to this pandemic, and our top priority will be how do we jump start the economy. Arts gets us out of our homes and spending at neighborhood businesses. The typical person spends $31.47, not including the cost of admission — that’s for things like dinner and drinks, and those dollars are all going to local merchants.”

Art drives a lot of the economy in Los Angeles. But Kristin Sakoda, a lawyer who performed on Broadway in Mamma Mia! and now directs the Los Angeles County Department of Arts and Culture, thinks we need to shift our thinking beyond economics.

“Arts are not a nice-to-have — they are part of a healthy society,” she said. “They are a critical part of our society, and they contribute to our well-being and cultural identity and the education of our kids.”

The arts — music, books, movies — are helping people get through the pandemic, Sakoda points out. She says she’s seeing some trends happening in philanthropy right now including more funding going to operations, an increased focus on equity, and prioritizing smaller organizations more likely to serve low-income communities.

Since the beginning of the shutdown, Lisa Greer, author of the book Philanthropy Revolution, says several good things have come out of the pandemic, and the focus on equity is one. She sees the pandemic as an opportunity for people in philanthropy to be less stodgy and more inclusive.

With the protests over the killing of George Floyd by a police officer in May, more and more people are seeing the importance of racial justice, Greer thinks.

“There’s an opportunity to change,” she said. “With Black Lives Matter, people are thinking they should look at their boards. Everybody I’m talking to is making a concerted effort to broaden their board.”

In April when Breonna Taylor, a Black medical worker was fatally shot by police officers while asleep in Louisville, Kentucky, Christen Boone, the president and CEO of the Fund for the Arts in that city, said that had a big effect on the community and her organization.

“The death of Breonna Taylor is very personal to us,” she said. “We talked about how we can invest in our Black community in a way that gives voice to those often not heard or hurting right now.”

One way the Fund for the Arts responded was to invest $131,000 in Black artists and Black-owned restaurants, to help to revitalize downtown Louisville.

Another change to foundations is speeding up how they work, Boone says. When the shutdown first happened, they knew how devastating it would be for artists, and they worked with the donors to distribute half a million dollars in emergency relief funds in the first two months.

Sakoda and Greer also welcome this loosening of restrictions. Greer says for years many foundations gave grants for just a couple years. Now they are starting to extend that time, so the receiver doesn’t need to reapply so soon.

The other change is giving more money. Greer and Sakoda say that when it was decided the least foundations had to give was five percent of their money, many took it to mean that would be the most as well. COVID changed that.

Boone she recently found an email she sent to her leadership team in mid-March, with the subject line, “Crisis plan;” the first sentence assumed the shutdown would last till early April. Now, she says attention is on the future.

“I think on the top of everyone’s mind right now is [what happens in] 2021,” she said. “We’re really focused on continuing to make sure we’re investing in organizations led by people of color and to make sure those leaders who’ve often been traditionally under-invested in are over-invested in.”

Fundraising in the Age of Coronavirus

Opera philanthropy floats hope upon a sea of uncertainty.

The managers behind Yo-Yo Ma, Marin Alsop, and many more are partnering with the SF Conservatory of Music.

The funding of arts organizations needs a radical rethink, if we want them to survive and thrive.