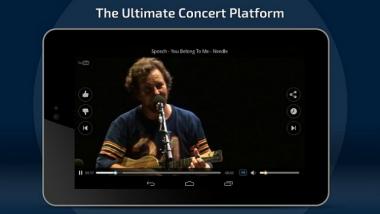 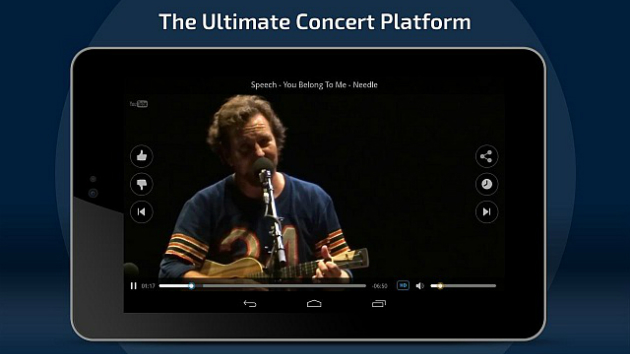 Google's new drive to catch up in one area where the web giant has fallen behind the likes of Medici.TV, iTunes, Amazon, et.al. is a boon to classical-music fans. On Monday, Google launched Classical Live, an initiative offering current recordings of some of the world’s leading orchestras exclusively on Google Play Music. Initial top-notch, exclusive offerings come from:

Through Google Play Music, Classical Live aims to broaden and grow the audience for classical recordings —  a difficult and high-minded task —  offering both digital downloads and streaming subscriptions in all 58 countries where the service is available. After a free 30-day trial, the service costs $9.99 a month. The announcement says:

Taking its cue from the golden years of recording, when producers and engineers would rush to the concert hall to capture the electricity and dynamism of an extraordinary live show, the Classical Live program makes it possible to share key recent performances with a global audience without delay, through a powerful worldwide partnership with Google Play Music.

Whether highlighting an important debut, a successful world premiere, or capturing the tremendous chemistry that can spark between orchestra and conductor, these performances can now be heard throughout the world with Classical Live.

The 22 complete works and three free bonus tracks in the first Classical Live release include Cleveland's recording of Beethoven's Symphony No. 3 and Wagner's Tannhauser Overture; Boston's recording of Bartok's Suite from The Miraculous Mandarin and Tchaikovsky's Symphony No. 6; the New York Philharmonic's Verdi Requiem, and highlights from the inaugural 2014 Biennial.

Orchestras Get Involved in NBA Playoffs

Except for those closeted in the War Memorial for the entire run of Les Troyens, pretty much everybody knows that the Golden Gate Warriors and Cleveland Cavaliers are vying for the NBA championship.

"Everybody" includes the San Francisco and Oakland orchestras, which were piling on the Cleveland Orchestra in a battle of tweets just before the Warriors surged ahead of Cleveland on Sunday. The Warriors are leading by one game in the best-of-seven series; Game 6 will start exactly at the same time as the June 16 Les Troyens, alas!

Twitter samples (as Anna Russell would say, I am not making this up):

Welcome to the court of King James. Can you Handel it @SFSymphony ? #NBAFinals

@CleveOrchestra we've got the MVP & best road record. We're not Straussd at all. #NBAFinals #DubNation

Just wait till we pull ahead for good @CleveOrchestra - @TheQArena will sound like Cage's 4:33 #NBAFinals

@SFSymphony @CleveOrchestra It is all about timing! With @StephenCurry30 as our conductor, we'll come out on top! #LockIn #DubNation

Cleveland is to the Bay Area as...well, 16 major sports championships here since last one in CLE. #Ouch @CleveOrchestra #NBAFinals

César Ulloa will become Chair of the Voice Department at the S.F. Conservatory of Music on July 1. He is succeeding mezzo-soprano Catherine Cook, who continues to teach in the department (and pursue an illustrious career, see below). Mai-Linh Pham will be the assistant to the Chair, serving as liaison for the student graduate assistants.

Ulloa is a distinguished coach, instrumental in launching hundreds of artists on their careers, many now in top opera houses around the world. He won the Conservatory's 20th annual Sarlo Family Award for Excellence in Teaching last fall and serves as a master teacher with the S.F. Opera's Adler and Merola programs, the Dolora Zajick Institute for Dramatic Voices, the Domingo-Thornton Young Artist Program, and Sociedad Internacional de Valores de Arte Mexicano, the Young Artist Program in Mexico City.

Ulloa’s predecessor, Cook, 51, has spent more than half of her life on the stages of opera houses, especially that of the War Memorial.

Occupying the Frederica von Stade Distinguished Chair in Voice at the Conservatory, she comes from a rich local background. The former Merola participant and Adler Fellow with the S.F. Opera has performed some 45 roles here to date. Elsewhere, she won the Normal Treigle Award, given by her Cincinnati Conservatory alma mater, and was a Metropolitan National Council winner. Cook has performed at the Met, Chicago Lyric Opera and with many other organizations.

Other recent news at the Conservatory — where the Voice Department is attended by almost 100 undergraduates and graduates, coached by a faculty of 10 — is the appointment of Jose Maria Condemi as director of the Opera Program.

The man who has commissioned more than 40 new operas says many of them "were never revived as the glory was reserved for the world premiere, and the operas were not deemed good enough or attractive enough to be seen again." That's typical objectivity from David Gockley, general director of the S.F. Opera.

Writing in the summer season's program, Gockley says that against heavy odds for producing new works, there has been a resurgence, and he quotes OPERA America statistics comparing the 1960s and '70s with the past 10 years. Why the change?

I trace this resurgence to one phenomenon: the ultimate failure of "serialism" and its atonal offshoots as music that works in the opera house. The Second Viennese School, led by Schoenberg, Webern, and Berg, lent great genius and prestige to this movement, and it became the music of academia throughout most of the 20th century. But it remained a connoisseur’s delicacy, resisted by large-audience art forms like symphony and opera, especially the latter and particularly in the United States.

The path from what he calls the failure of serialism to more accessible works, Gockley says, was paved by Philip Glass, "whom I credit as being the Moses that led composers out of the wilderness of this so-called 'modernism.' He developed his own voice and refused to be a prisoner to academic imperatives." (Gockley has commissioned and produced several operas by Glass, including Appomattox in San Francisco.)

Suddenly, all felt liberated to use their own musical voices. Because their work was better accepted, they were kept busy writing new pieces. They got better at what they did. They built happy relationships with librettists and producers. Glass has 28 operas under his belt, Floyd 12, Heggie five, and Adams eight. There is nothing like experience to improve a composer’s craft, including having the right to fail and being given other chances.

Opera companies cannot continue rehashing the past. New works refresh the opera-going experience and broaden audiences. Of course, the operas must be successful. Fortunately, there is ample evidence that this is happening and will happen more and more as time goes on.

Thanks to Kip Cranna, S.F. Opera dramaturg (and former director of music administration for over 30 years)  here's “Everything Orchestral You Ever Wanted to Know About Les Troyens” now in the War Memorial through July 1.

We are using the Bärenreiter critical edition of the vocal score prepared from the New Berlioz Edition by Eike Wernhard.  I will attach the cut list.  Mostly cuts in ballet music.  Here is the orchestration we are using: