A formerly internal rift between several California Symphony board members and music director Barry Jekowsky opened wide enough this week to swallow up the 24-year-long relationship between the orchestra and its founding maestro, the man who put the organization on the country's musical map. 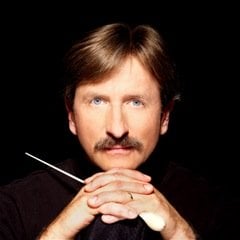 Jekowsky, 56, is no longer with the Symphony — just one week before the season-opening concert — and serious recriminations fly fast and furious. The matter appears far from settled.

Patrons, musicians, and even some Board members were taken aback when asked for a response — they had no idea about Jekowsky's dismissal, termed a "separation" by board president Mike Soza, who is the public face of the move against the conductor. Concertmaster Roy Malan said he hadn't heard a word about the dismissal, "had no idea that Barry's job was in jeopardy."

Leonard Sperry, now retired, but one of the four original board members when what was then the Symphony of the Mountain (later Contra Costa Symphony) became the California Symphony in 1986 under Jekowsky's leadership, was "astonished" by the news.

This former California deputy attorney general, who helped the write the organization's bylaws, is questioning if a small number of board members could have legally decided the matter. Sperry spoke of the possibility that another vote by the full board may reverse the decision.

The number of board members voting against Jekowsky is one of the many open questions about this still-developing story. Soza speaks of "a quorum of nine," but he does not give the number of votes for the motion to dismiss. Jekowsky says "only seven of 25 board numbers voted"; Soza counts "18 voting Board members." (Jekowsky himself and his wife are — or were — board members.)

CSO consultant Jane Whitfield told Classical Voice that the bylaws specify 25 percent of the 18 voting Board members constitute a quorum (there are two non-voting ex-officio members, including a member of the orchestra), and "at the Tuesday evening meeting," where the dismissal vote was taken, "there were nine attending, seven participating in the vote, excluding two interested parties." She identified the two as Jekowsky and his wife.

Asked for the vote breakdown, Whitman declined comment, even though that makes it possible that a vote by four directors might have decided the case. 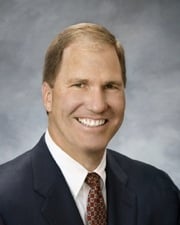 Board member Michael Weiner told Lyla Foggia, the orchestra's former and Jekowsky's current publicist, he informed Soza that he heard the news with "dismay and disbelief," and questioned "when the decision to terminate was Barry introduced, by whom, in what forum, and what discussions were entertained before bringing the matter to the entire Board for a vote?"

Beyond personality clashes, procedures, and the balance of power on the board, money is at the heart of the matter. Soza told Classical Voice:

The board has responded to economic challenges by trimming its operating budget [from $1.3 million] to an achievable $950,000. This reduced budget is part of a plan to eliminate the accumulated budget deficit, which was a result of decreasing funding over the past two years.

Apparently the proposed reduction of Jekowsky's salary from $96,682 in 2008 and $89,000 last year to $73,500 was a central issue. However, the day after his dismissal became public, Jekowsky said he would gladly continue in the position, not mentioning salary as an issue.

(All board members serve without compensation. The 2008 salary for the Executive Director Stacey Street was $89,282. She left CSO at the end of last year; no successor has been named yet. Ticket revenue in 2008 covered only $238,202 of the $1.2 million budget.)

The sequence of events, the contradictions between statements, was dizzying. First came a press release from consultant Whitfield:

... Jekowsky will leave the organization to pursue other interests, and Asher Raboy, the former conductor of the Napa Valley Symphony, will be the featured guest conductor at the season opening concert on Oct. 3 as the Symphony presents its tribute to the WPA at 75 as part of its 24th Season "California Gold: Brilliant. Bold. Exciting." ... Soza said that the changes are part of a new direction that the Symphony is taking.

Jekowsky is responsible for the program, as well as the entire season, and was expected to conduct all concerts — but that no longer is to be the case.

Beyond the surprise of the announcement and its timing, Jekowsky's response — via press release by Foggia — was another shocker: The news, quoting Jekowsky, "came as a complete surprise" —

Not only had the board failed to notify him of any departure, Jekowsky was never told that that such an action was even being considered, although the conduct of a few executive board members led him to believe that something was awry.

Several newspaper accounts published Thursday emphasized the seeming untowardness of the lack of communication, the Board allegedly not even notifying Jekowsky. This was almost as much of a surprise as the news of the "separation," its timing and suddenness.

But the next movement in this strange rhapsody came from Soza, via Whitfield, emphatically contradicting the conductor:

The need for a new arrangement with Barry due to the economic situation of the Symphony has been discussed for at least four months ... A budget containing cuts, including salary reductions, was passed by the board in June ... A 6-page draft agreement was sent to Barry on Aug. 25, with a request that he provide comments before Sept. 11. Barry refused to provide any comments before [the deadline] except to say it was unacceptable. Talks regarding Barry’s role and compensation had been attempted for several weeks.

Soza went on to list further contact and discussion, leading up to "Barry is mistaken in saying he was not informed of the Board’s decision. I had a phone discussion with him around 9:30 a.m. on Wednesday morning where I informed Barry of the Board's decision."

Not likely to be the last word, but the final take on the dispute — for now — came from Jekowsky Friday afternoon:

Until the last week of August, I was never presented with any contract proposal or any notice of a planned pay cut to $73,500. I did think that a two-week period to conclude the negotiation (especially after waiting eight years for a proposal from the CSO) was unreasonably short.

I did not "refuse to participate" in negotiations. I asked for a meeting with Mike Soza to talk about terms and negotiate issues before taking it to the executive committee for decision. Between Sept. 8 and 16, Mike and I were actively scheduling a meeting, or so I thought. There was no refusal to participate.

On the morning of Sept. 21, I went to Mike’s office to discuss a voice mail message I received that I was not conducting the opening concert, and to continue to discuss the contract. I (and the board) were given no notice that any action on the contract was on its agenda, and I expected nothing more than an informational report to the Board. Was anybody given any notice that a potential termination was coming up before the Board?

The CSO Web site listed 24 members last week, a board list provided by CSO before the meeting showed 22 members and two new members were voted in on Tuesday; I cannot currently vouch for any number. There were nine present at the start of the session, including my wife and I who obviously left for the discussion and vote. So, as I said, there were seven members there for the discussion or vote.

Jekowsky goes on to say that there were discussions on Tuesday about bringing in a guest conductor for Oct. 3, and he left the executive session. "How can they decide, after 24 years, to just stop the dialogue? I had no idea they would be considering that. Neither did the Board, I believe, or more of them would have been there."

Board chairman and consultant insist on the legality and validity of the vote dismissing Jekowsky. Others — including Jekowsky — are doubtful. The story is not over, but the shock and damage to California Symphony is irrevocable.