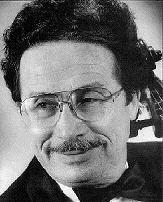 The eminent cellist Laszlo Varga died in Sarasota, Florida, after a lengthy illness on Thursday, two days shy of his 90th birthday. He had had a great multiple career, first as the principal cellist with the New York Philharmonic from 1951-1962, then as a soloist and chamber performing and recording artist, and finally as a teacher at San Francisco State University (where he also taught conducting and oversaw the chamber music program), the University of California at Santa Cruz, University of Toronto, and University of Houston, from which he retired in 2000.

During World War II, he escaped from a Nazi labor camp in 1944 and lived in the Budapest ghetto. At 19, because of the anti-Jewish laws, he was removed from a post-war post as principal cellist of the Budapest Symphony and was unable to find work because of the continuing and rampant anti-Semitism in Hungary. Providentially, Leó Weiner, a great teacher and composer at the Budapest Academy, recommended him to the famous Léner Quartet, whose cellist had left. The Léner hired him on the strength of Weiner’s recommendation, without an audition, and then brought him to the United States. Six weeks later, Léner died of cancer, ending the quartet. Joining the musicians’ union in New York after the six-months’ waiting period, Varga became principal cellist for the New York City Opera, a post he held for two years before successfully auditioning for the NY Philharmonic principal chair.

In those 11 years, under the batons of Dimitri Mitropoulos, Leonard Bernstein, and guest conductors, he was a soloist in 14 concertos and other works featuring the cello on more than 40 programs. But as he put it later, “After 11 years of intense orchestral playing, I began to miss solo playing, chamber music, and teaching. I asked to be released from my contract in the fall of 1962 and accepted an invitation to play with the Canadian String Quartet and teach at the University of Toronto Conservatory of Music. After one year, I was invited to San Francisco State University as professor of cello and chamber music, and the director of their symphony orchestra.”

One of the students there was Kent Nagano, whom he greatly influenced and guided. In tribute, Nagano wrote yesterday,

There are many ways to teach but with the exceptional professors the process can and does become very special, unforgettable, and incomparable to anything else. Looking back, Mr. Varga was one of the exceptional influences who, through his impatience, joy, intolerance of mediocrity, discipline, and love of art, taught me those things which last a lifetime — that music is a metaphor for life and as such must be cherished, respected, shared, and actively lived to its fullest every day.”

Varga also performed as soloist with orchestras in Australia, Japan, USA, the former Soviet Union, throughout Europe, and in music festivals. (He spent 25 summers at the Aspen Music Festival), recording for several labels, Columbia, CRI, Decca, and EMI, and in the chamber groups Trio Concertante and the Crown Chamber Players at UC Santa Cruz. As director of the Morrison Chamber Music Series at San Francisco State University, he engaged the Borodin String Quartet but then had to substitute for its cellist who had broken three fingers. Later, its first violinist, Rostislav Dubinsky, left the quartet and formed the Borodin Trio with his wife and Varga. They performed together for seven years.“If somebody tells me that something canʼt or shouldnʼt be done, thatʼs a surefire way to get me to try to do it anyway,” — cellist Laszlo Varga

Varga also conducted orchestras in Budapest and San Leandro, California, and was the founding conductor of the Virtuosi of New York and Virtuosi of San Francisco. Indiana University awarded him the title of “Chevalier du Violoncelle,” which honors cellists who have dedicated their careers and teaching to the improvement of the art of cello playing.

Inspired always to expand his instrument’s repertory, Mr. Varga created a large literature of arrangements for solo cello, cello and piano, cello duets, trios, quartets, and various other cello-based ensembles. He saw it as a challenge. “If somebody tells me that something canʼt or shouldnʼt be done, thatʼs a surefire way to get me to try to do it anyway,” he said.

Laszlo Varga is survived by his wife, Lillian of Saratoga, Florida, a daughter, Robin Varga of Oakland, and two sons, Michael, in London, England and Peter, in Florida.