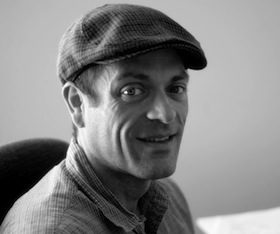 Todd Donovan, 41, died Monday of complications from a brain tumor. A multi-talented musician, he sang baritone roles, including some major ones; played the saxophone; produced and performed in benefit recitals to sponsor AIDS rides, and participated in a two-week Ride for Cystic Fibrosis through England, Wales, and Scotland.

Recently, Donovan worked in the San Francisco Symphony and Philharmonia Baroque administrations, and served as executive director of the Cypress String Quartet.

Donovan was born in Pennsylvania, attended Susquehanna University, and moved to the Bay Area in 1993. Here, he participated in the San Francisco Conservatory of Music's master's degree program in voice.

He had a busy performance career in various venues. Among his roles: Guglielmo in Così fan tutte, Count Almaviva in The Marriage of Figaro, the four villains in The Tales of Hoffman, Danilo in The Merry Widow, Tonio in Pagliacci, Billy Bigelow in Carousel, and many others. 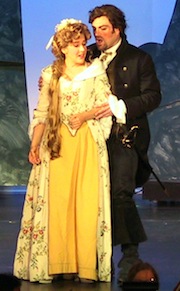 News of Todd's death spread amazingly fast — there were immediate tributes on Facebook, friends and colleagues were calling throughout the day. In addition to the overwhelming outpouring of sentiment for this talented baritone (alas, his memorial service was standing room only, with mourners barely making it through of the doors in Menlo Park's Trinity Chapel), what truly overwhelmed me was how all of us, no matter where he fit in our lives, had the same recollections of who he was. It was a testament to his character that he remained true to himself: incredibly gifted in voice, work ethic, intelligence, kindness, and professionalism. I was blessed to perform with him in a dozen opera and concert productions, and during those intense work periods, I was lucky to get a window into Todd, that so many of us miss. He was forever calm. Forever consistent. Forever prepared. There was a quiet elegance, and an old-soul quality to him.

Todd was very private, yet had a dry sense of humor and a contagious laugh. He always lauded the many adventures he had with his partner, Joe, who today gave an incredibly moving and humorous eulogy — to see a room packed with people wafting back and forth between crying and laughing would have made Todd proud.

As the manager for the wonderful Cypress String Quartet, he was serenaded by them with his favorite Ravel quartet which echoed in the chapel in a penetratingly magical way. It brought both smiles and tears to everyone there, and I am sure Todd would have shined his big blue eyes in approval. His voice and spirit will be missed by so many.

Donovan is survived by his parents, many family members, and his partner Joseph Sciortino, whom he married in August 2008.