Sound of the Grenadilla in Old First Church 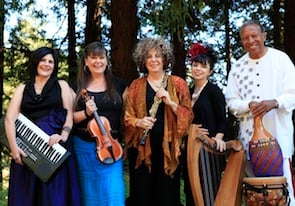 After more than a decade of “itemizing,” I get no kick from claims of “unique music stories,” so why should I thrill to Brenda-Schuman-Post’s note about her Nov. 6 concert in Old First Church? Judge for yourself:

I’m an oboist, with a unique approach. Among my claims to fame is my having won the Star Trek Idol Talent Search by composing and performing a solo oboe Star Trek Fantasy, and more important was my having a won a Global Connections grant that got me to Tanzania.

The project called for “improvising a new piece of music that would bond the people in whose forests African Blackwood (grenadilla) grows with the people who play musical instruments made from that tree.” Flutes, oboes, clarinets, bagpipes, and claves are made from African Blackwood which is a commercially threatened tree that grows almost exclusively in East Africa.

I’m performing both that piece at the Nov. 6 concert, and the result of another grant to reproduce a piece composed in Tanzania, making it playable on Western instruments. The original composition was played by musicians from a rural community near the Serengeti, on homemade, amazing instruments, made from among other things — squash.

I can happily report also that there seems to be an increasing interest among musicians and audiences to understand what is our relationship to the people and places where grenadilla and other woods grow.

Schuman-Post’s ensemble is called Sonic Forest. It consists of oboe, violin, Celtic harp, piano, and percussion. Before the performance of a diverse program — classical, jazz, folk — there will be a brief talk about the woods from which instruments are being made.

The tree from which woodwind instruments are made is commercially threatened. I am the first musician to witness every detail from searching for it to the making of an instrument. The piece I am premiering at the concert is called Tree of Tanzania, originally composed and performed on Mount Kilimanjaro.

Nothing from Mount Kilimanjaro, but there are exotic instruments involved in performances by Vladimir Volokhin on the domra, Sergei Teleshev on the bayan, and Valerie Petrukhin on the double-bass balalaika — which is made of fir. (Domra is an ancestor of the mandolin, while bayan is a kind of accordion.)

The Trio Voronezh is coming to the Mill Valley Chamber Music Society on Oct. 16, with its usual unusual program of classical, Gypsy, and tango dance music, all performed in an entertaining and virtuoso manner.

The trio from the city of Voronezh, in southwestern Russia, was discovered playing Bach in a Frankfurt subway station, and they made their debut at the 1996 Oregon Bach Festival (where I first heard them, rather than in Frankfurt), going on to Garrison Keillor’s Prairie Home Companion, and fame. 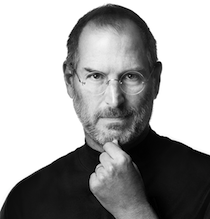 Michael Lawrence is marking the passing of Steve Jobs by saying he couldn’t have made Bach and Friends “without his computers and software.” He wrote to Music News:

In 1989, I filmed an interview with Steve for my Library of Congress film and what a special day that was. I still have the NeXT coffee mug he gave me. A few years back, I put up a clip from the interview on YouTube and it has been viewed over 400,000 times — 34,000 views just yesterday alone.

I didn’t know Steve Jobs loved Bach until Mike Hawley, one of Steve’s closest personal friends, asked me to send Steve and his wife a copy of Bach and Friends. I found this quote of Steve talking of Bach:

“I had been listening to a lot of Bach. All of a sudden the wheat field was playing Bach. It was the most wonderful experience of my life up to that point. I felt like the conductor of this symphony with Bach coming through the wheat field.” It’s from Michael Moritz’s Return to the Little Kingdom: How Apple and Steve Jobs Changed the World.

I put together all of Steve’s clips — Steve Jobs Tribute, including Stewart Brant — from Memory and Imagination: New Pathways to the Library of Congress as a tribute, and would like to share it with you and your readers.

Alto Lauren Carley, of Schola Adventus, will perform two of Bach’s Alto Cantatas (BWV 35 and 169) at a free concert in Church of the Advent of Christ the King, at 4 p.m., Oct. 16. Also on the program: Rameau’s Pièces de Clavecin troisième, Bach’s Sonata No. 1 for Violin and Harpsichord in B Minor, and Boccherini’s Sonata No. 6 in A Major. 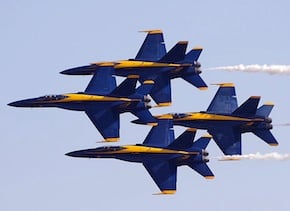 Even before San Francisco’s treasured fog cut short Sunday’s unmusical racket from the Blue Angels on the last day of Fleet Week, the noise was suppressed in Davies Symphony Hall during the San Francisco Symphony matinee.

Glorious decibels of the orchestra raging on in a fantastic performance of the Shostakovich Festive Overture made the Blues immaterial and inaudible. Under the baton of one of the finest youngish (35) conductors around, Vasily Petrenko, the orchestra performed a high-wire act without a net.

I have never heard such a orgiastic (and yet perfectly controlled) performance of this grotesquely and joyfully celebratory work, rejoicing in Stalin’s death the year before — not from the “Shostakovich-specialist” orchestras of Moscow or Leningrad/St. Petersburg.

Yuri Temirkanov’s performance at the 2009 Nobel Prize Concert is also superb, but it doesn’t have the freewheeling riot of what the San Franciscans did on Sunday.

Sure, there was more to the concert than that — Tchaikovsky and Glazunov with Joshua Bell, and Elgar’s Symphony No. 1 — but to read about that, turn to Jeff Dunn’s review, or, if you appreciated the Elgar performance more, to Joshua Kosman’s.

It will take place at the Armel Festival in Szeged, Hungary, but you can listen here live to the premiere of Michael Dellaira’s The Secret Agent, conducted by former San Francisco Opera Assistant Conductor Sara Jobin.
Back to top

Power Under the Wings of Song

There are more than 100 languages represented, with some 13,000 translations to English, French, Italian, Dutch, German, Spanish, Portuguese, and other languages. And it’s all free, the result of Ezust’s work of love over the years. “Remarkable,” indeed.

In session, right now: “Grantmakers in the Arts Conference 2011” at the Fairmont Hotel, with a program indicating the fully developed jargon and paradigm of a robust new industry. Examples:

- “GIA” is Grantmakers in (the) Arts
- “The Big Shift: The Velocity of Change in America’s Aging Society” is about Boomers “redefining the second half of life”
- The “Surviving the Arts” session “begins with a performance piece by three spoken word artists from Chicago whose work dynamically presents the complex issues and impediments associated with working as an artist”
- “Strategic Planning Towards Equitable Development” is exemplified by “a move from a modest storefront location to a larger facility”
- “Cultural Equity Grantmaking” has to do with “the evolution and current landscape of cultural equity ... at this time of shifting demographics”

One sign of keeping up with the times: There are “tweetseats” where tweeters can tweet, and the resulting communications are duly displayed.

Much Ado About Merce 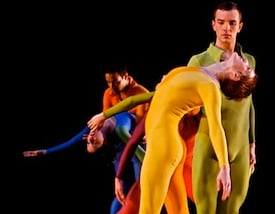 The late Merce Cunningham (1919–2009), a hero of modern dance, has never been everybody’s favorite. For every devoted fan, there have been always doubters, critics, and those whose cuppa did not include Cunningham’s “nonrepresentative” choreography.

Now that the Merce Cunningham Dance Company is making a farewell tour around the world, on its way to Stanford (it appeared at Cal Performances last March), the controversy is even more heated.

The company’s “Legacy Tour” in London last week received a savage review from Clement Crisp in the Financial Times.

Crisp’s verdict that “Cunningham’s wish that his troupe should cease must be seen as wise. ... The keepers of the flame who proclaim that ‘this is what our Dear Master intended’ are among the added indignities to mortality” is all the more significant in light of the critic’s support for the choreographer. Crisp’s obituary for Cunningham spoke of “... a grand master of modern dance ... who made uniquely pure choreography, his creations a series of masterworks that identified the primacy of dance movement as a marvel in itself.”

But now, this is what Crisp sees:

Choreography mutates, Chinese-whispers fashion and for all the stern guardianship that seeks to protect dance, it alters, as do bodies and training and the social attitudes of an audience. ... Pond Way, with its gluggy Brian Eno accompaniment, offers a group of dancers in hop-frog mode, leaping and pouncing on steps, driven by unguessable aqueous rituals and, frankly, not looking as alert as one would hope.

Then Second Hand, set to a piano score of numbing tedium by John Cage, whose austerities make Erik Satie’s endeavours in this direction seem positively Wagnerian. Finally Antic Meet, a jape from 1958 Cunningham danced with a chair tied to his back; there is the octopus-fashion pullover with four carefully knitted arms but no opening for the wearer’s head: all this owed to Robert Rauschenberg, and very jolly, too¬ with a Cage score in which manic noise is created from what are otherwise musical instruments.

See Sarah Crompton’s column in Monday’s Telegraph about Cunningham’s and other choreographers’ ways of handling their legacy.
Back to top