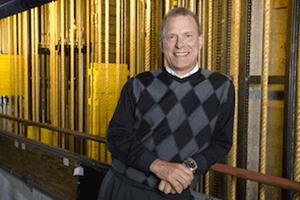 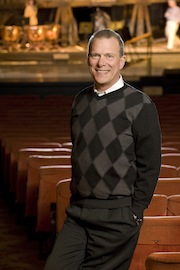 There is a story going around the Internet about the San Francisco Opera's financial problems. Curiously, it's a 14-month-old report, presented as if it described the situation today.

It does not, General Director David Gockley said in an interview about the announcement of the 2012-2013 season.

Going all the way back to the beginning of the Great Recession, Gockley was sounding the alarm in 2008, addressing the audience from the stage before a La bohème performance about declining revenues and contributions. Defiantly, he declared: "We will never, I repeat never, compromise on vocal casting, musical values or the professionalism of our productions!"

After 2008, of course, came worse and worse economic news. Then, in November of 2010, there was a statement from Gockley at a company meeting, later published in the program notes:

Slashed endowments to cover deficits, behavioral changes in donors and ticket buyers, ever sky-rocketing healthcare, and workers compensation costs, among other factors, are taking a gut-wrenching toll on our industry.

Apparently, today, as the company is announcing the season, the light at the end of the tunnel is not the headlight of an onrushing train. Gockley is weighing his words carefully: 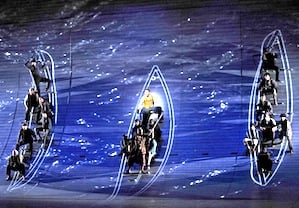 Were his previous dramatic warnings about the company's future strategic moves before contract negotiations? "It was the truth," Gockley replies. But also strategic? "I believe in saying the truth all the time."

The lineup for the season is impressive: three revivals, three new productions, a San Francisco premiere, and opera's most risky venture, commissioned premieres — two in the 2012-2013 season, and one next fall, part of the following season. The commissions are:

The Secret Garden is based on Frances Hodgson Burnett’s 1910 classic, and has been the source of stage works and films. It is produced in collaboration with Cal Performances, and will be performed in Zellerbach Hall in Berkeley. 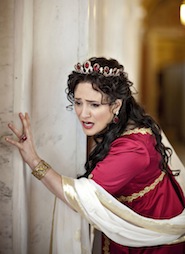 Gasser is a Petaluma resident, prompting Gockley to quip: "Just because an artist is local, it doesn't mean he has no value." The reference might have been to lack of local composers on the roster of other organizations.

Adamo's opera, to his own libretto, deals with the controversial contemporary revision of Biblical history, placing Mary among the apostles, and in an intimate relationship with Jesus. Michael Christie conducts, Kevin Newbury is director, and Sasha Cooke is scheduled for the title role. Adamo says:

In art, the erotically alive Mary Magdalene has long been the madwoman in Christianity’s attic, the truth about sexuality that can’t be wished away. And yet the Gnostic Gospels portray a woman who was certainly Jesus’ most trusted and insightful disciple, and may very well have been his wife. Are sex and spirituality really opposed? That's the question the opera explores.

Jake Heggie's Moby-Dick will have eight performances, Oct. 10-Nov. 2. It is another (previous) commission, but this is its San Francisco premiere. Co-commissioned by five opera companies, Moby-Dick had its world premiere in 2010, at The Dallas Opera's inaugural season in the Winspear Opera House. 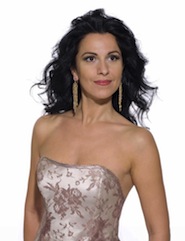 This revival of the 1997 Michael Yeargan production will be presented 12 times, Sept. 7-30, double-cast on consecutive days (a stagione exception, along with Puccini's Tosca, below, to the house's repertory system). It is conducted by Music Director Nicola Luisotti and Resident Conductor Giuseppe Finzi. Other revivals are:

For full casting information see the San Francisco Opera season on the website.