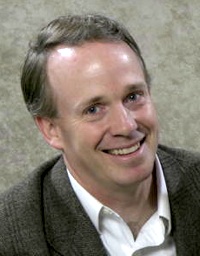 Robinson will work part-time during January, and begin full-time work on February 1, 2011. Executive Director John Robinson joins San Francisco Classical Voice having worked since 2002 as Executive Director of the Santa Barbara Symphony in Southern California. During his tenure, the Symphony's budget grew from $1.7 to $2.5 Million and earned prestigious awards for excellence in Music Education from the League of American Orchestras and the California Teachers Association. He led the Santa Barbara Symphony through a period of dynamic change, marked by the recruitment of Nir Kabaretti to be the orchestra's Music and Artistic Director, the move of the concert venue to the beautifully renovated Granada Theatre, and the move of the administrative offices to the elegant downtown Center for Arts and Culture. Robinson has served since 2002 as a member of the Board of the Association of California Symphony Orchestras, and since 2006 on the Advisory Group of the League of American Orchestras. Prior to his work at the Santa Barbara Symphony, Robinson was the Executive Director of Frank Salomon Associates, a firm in New York City that provided management to musicians such as Sir Simon Rattle, Peter Oundjian, Jaime Laredo, Richard Stoltzman, Richard Goode, Alon Goldstein, Orpheus Chamber Orchestra, Tallis Scholars, Los Angeles Guitar Quartet, and Bach Collegium Japan.

"We are very excited to welcome John Robinson as SFCV's first full-time Executive Director," said Mary Falvey, President of the Board. "Through its reputation for high-quality independent content, SFCV has become the Bay Area's go-to source for information about the rich cultural life of our region, and we are now poised to make a lasting impact on our community by helping to bring classical music to more people — and vice versa — and also to bring more attention to the connections between classical music and other types of music that people know and love. John's demonstrated experience in developing collaborative partnerships and a broad base of support in the community, together with his skills in organizational development and his knowledge of multiple facets of the classical music business prepare him well to lead SFCV to accomplish our audacious goals."

"I am looking forward to building on the work that Patty Gessner [SFCV's outgoing Executive Producer] has done," said Robinson, "to further develop the high quality content on the site and establish a strong revenue model based on memberships, advertising, grants and contributions. The SFCV editorial staff, together with an unparalleled roster of writers is a great source of strength for the organization."

Gordon Getty, who co-founded SFCV in 1998 and continues to serve on the board, is enthusiastic about its new bold strategy. "SFCV has a talented and dedicated Board, with not only great passion for classical music, but also deep experience in building successful online media businesses. With our new Executive Director, SFCV is positioned for a dynamic period of growth and a heightened regional and national profile."

About San Francisco Classical Voice: (www.sfcv.org) SFCV's mission is to inspire and motivate people to attend, listen to, learn about, discuss, and actively participate in the Bay Area's vast and varied classical music scene.

In the Bay Area and around the world, tens of thousands of people each month, tap SFCV as a source of top quality journalism about classical music and a tech-savvy purveyor of an expanding array of services, including a comprehensive and searchable events calendar, on-line listening opportunities, inside scoops on hot events, directories of music teachers and musicians for events, and more. SFCV is emerging as a trusted source of information and tools to further music education. SFCV helps build community by connecting all the constituencies of the music world: audience, artists, students and supporters. SFCV is committed to providing resources for all who are — or could become — classical music lovers, from the curious explorer to the seasoned aficionado.