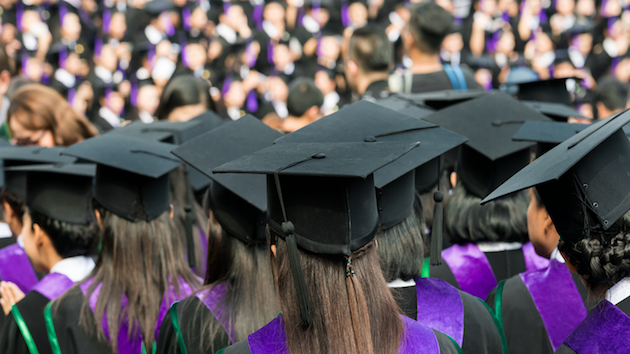 Released earlier this month, A Star is Born is the fourth remake on a familiar pop tale: An aging talent happens upon a fresh talent and launches her career. With the rise of streaming sites like YouTube, Vimeo, and SoundCloud, getting discovered like this isn’t especially uncommon anymore.

Not so in the classical-music world, where the old adage about practice paving the way to Carnegie Hall still holds for the most part. Perhaps the closest classical equivalent to A Star is Born is Whiplash, the 2014 film about a drummer at a fictitious conservatory practicing until his hands bleed. Then there’s the Amazon Prime streaming series Mozart in the Jungle (ongoing), which dramatizes salacious goings-on at a fictitious symphony orchestra in New York. A bit more off the beaten path, A Late Quartet (2012) gives a peek into the turbulent, interpersonal dynamics of a professional string quartet.

The most surprising thing about these cinematic takes on classical music is that they’re not really overstated at their core focus: what it’s like to be a young, classically trained musician.

It’s not irregular for conservatory students to emerge from a practice room with fingers or lips bleeding from hours of practicing. And events of late have cast into harsh, unflattering relief the prevalence of star-worship and the creepy, cult-like followings that some musicians and conductors inspire in the orchestra and opera world.

Graduating music school has never guaranteed a position in an orchestra, but as the field evolves, as it shifts and groans and adapts and mutates, today’s graduates are jumping through a few additional hoops to secure — and survive — that all-important first full-time gig.

Meet Hannah Hammel. She is a flutist, a graduate of Oberlin Conservatory (2015) and Rice University (2017). She spent the summer after graduation at the esteemed Music Academy of the West summer institute in Santa Barbara, California.

“What happened next? Well — this probably won’t surprise you — but I moved back home with my parents,” Hammel said, laughing. “But I was lucky. Five days after moving back to Richmond, I drove to Knoxville [Tennessee] and won an audition for principal flute.”

She found an apartment and moved to the city within the month.

“Practicing as an orchestra player is very, very different than practicing for an audition,” Hammel said. “At school you only have three concerts a semester, but here you only have three days to prepare for a concert. And it’s different every week, between classical concerts, pops concerts, opera, ballet, chamber music, solo pieces, concerts in different venues, concerts in schools ... It’s way faster paced. I was exhausted by December last year, which took me completely by surprise. But you get the hang of it.”

Navigating life as an orchestral musician involves juggling practicing, rehearsals, concerts, teaching, and in many cases, continuing to audition around the country in hopes of landing a gig at a more prestigious — and better-paying — orchestra.

To get into the nuts and bolts: Hammel’s position as principal flutist is full-time, which comes to about $35,000 a year plus benefits. For a mid-20s flutist, it’s a good start, she said. But, like millions of other college graduates, she’s also staring down a small mountain of debt, about $60,000 worth, primarily spent on her education and purchasing her professional equipment (her flute: $13,000; the flute’s head joint: $8,000; her piccolo: about $6,000, and flutes are nowhere near the most expensive instruments).

It’s important for any music student to note, however: Playing full-time for an orchestra (or working full-time for qualifying nonprofits) for 10 years and making consistent payments can result in student debt being forgiven. This can save a graduate tens of thousands of dollars. Visit studentaid.ed.gov to learn more.

The tenure process at Knoxville takes two years, so Hammel’s contract is not guaranteed to be renewed beyond the end of the current season. And, to complicate things further, her position is funded by a grant, which also might not be renewed, which means that even if she’s tenured her position may not be full-time next year.

“If that happens the pay wouldn’t be enough to live on,” Hammel said. “I love playing in an orchestra. But it’s hard. It’s stressful. And this uncertainty is giving me even more impetus to keep auditioning. But at the end of the day, I get to play the flute and get paid for it. And that’s pretty cool. To an extent I feel bad complaining at all — I have a job playing the flute. That’s pretty great.”

“The hardest thing about taking an audition is getting out of the preliminary round,” said bassoonist Jordan Brokken. “You just have to sit down and play perfectly. It’s as simple as that. But then, you also have to be lucky. There’s just so many different factors that go into why you do or do not advance.”

Brokken is in his sixth and final year at the Colburn Conservatory in Los Angeles, California, where he earned a B.A. in bassoon performance and is currently completing the second year of a professional-studies certificate, a nonacademic training program geared towards people taking auditions.

“Programs like this are supposed to fill in the gap between school and winning a job,” said Brokken, who is fully funded by the school until May.

Brokken hopes to win an audition before that funding runs out. He’s taken eight auditions in recent years at orchestras in Jacksonville, Phoenix, New York, Atlanta, and more. Though Colburn covers his tuition and board, Brokken works about 16–20 hours a week to continue to cover the cost of travelling to auditions.

How does the audition process work?

“Well first [a job] gets posted somewhere, whether in a musicians-union [American Federation of Musicians in the U.S.] paper or at musicalchairs.info. You email your resume and if the orchestra approves you, you send in a small deposit to reserve a spot. Sometimes you have to send in a recording of your playing.”

The number of people invited to audition varies depending on the position, but it’s not unusual to see around 70–120 bassoonists show up for a single position at an orchestra.

“So then you travel to the city the audition is in. If you’re playing in the morning, the first thing you want to do is get to the hall early. Usually I bring a book. One time I brought coloring books. Part of the trick is to stay relaxed. You don’t know how long you’re going to be there before your time slot is called. It could vary anywhere from half an hour to much longer.”

For young musicians, it’s all about one day. It can all come down to about six minutes. To break it down, Brokken said that he generally prepares about 40 minutes of music for an orchestra audition. The preliminary round is short and typically only lasts about six minutes. The semifinals can take about 10–15 minutes, and finals can go even longer. Auditions have been blind for decades, which means that players perform behind a screen so that the judges can’t discriminate based on gender or age. Sometimes the screen comes down for the final round.

If Brokken doesn’t win an audition by the time he finishes at Colburn, he says he’s applying to a couple of graduate schools and orchestral-training programs (more on these later) and continuing to take auditions.

“The whole thing is definitely a mental game,” he said. “I mean, sometimes audition panels already know who they want to win the position, and sometimes nobody is declared the winner. Sometimes the winner isn’t hired. My experience with auditions has been more fair than I would want to admit, but it’s an endurance test. Totally.”

Violinist Lydia Sewell attended Azusa Pacific University and then Duquesne University. She graduated with her master’s in 2017 before moving back home with her parents. Since then, she’s performed as a sub or as a contractor with the Wisconsin Chamber Orchestra, the Elgin Symphony, the Illinois Symphony, Quad City Symphony, the Illinois Philharmonic, and many others, all the while taking orchestral auditions when she can.

Last year, Sewell was contracted by Civic Orchestra of Chicago, a training ensemble that provides valuable orchestral experience and a small stipend to members (the New World Symphony in Florida is probably the other best-known example of these programs).

“I decided not to reaudition this year,” she said. “People I met who are Civic grads playing full time now said it’s good training but it doesn’t pay much. I’m getting good experience from playing with other orchestras and saving on rent by living at home.”

Sewell spends hours each week travelling from gig to gig. She’s learning to play Latin jazz at the moment because big band gigs pay more than regional orchestra gigs, and she’s not limiting herself to orchestra auditions. Sewell recently auditioned for the cruise line Lincoln Center Stage, a tried-and-true method to pay back student loans and travel.

“I’ve been doing the whole subbing in orchestras but that’s almost a taste of reality,” Sewell said. “It’s made me question: ‘Do I want that lifestyle?’ I’m 25 years old, and I’m seeing people in their early 30s still doing this. I’m not sure if I want to do this that long. I think you can really love an art form immensely, you can love practicing more than anything, but you have to look at your art form as a lifestyle and ask yourself: Am I OK with driving four hours to a gig, am I OK with constant rejection? Do I want this financial burden? I’m living with my parents. A lot of musicians I know are trying to pay student debt with gigs, and it’s not working.”

She turns 26 in December, which means she’ll no longer be eligible for her parents’ health insurance. She’s striving to find a job by then, but if auditions don’t pan out, she’s open to taking a full-time job in a different field.

“It’s easy to get caught up in the music and the moment and to ignore the realities,” she said. “But you can’t really half-ass this. You have to be all in.”

Age Before … What Does It Take to Be An Opera Singer?

For three late-bloomer singers in the Merola Opera Program, emotional maturity and determination substitute for a long apprenticeship.

Cellist Michelle Djokic calls “Time’s Up” on bullying and shaming in music rehearsals — and spreads the message to teens.