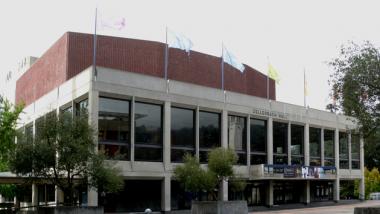 Add another chapter in the continual toss-up between East and West Coast. Jeremy Geffen, a leading executive at Carnegie Hall for the past 12 years, will assume Cal Performance’s top position, executive and artistic director, beginning April 1.

The announcement, made today at noon, follows last season’s news of the departure of Matías Tarnopolsky, who left for The Philadelphia Orchestra in June. In the meantime, interim directors S. Shariq Yosufzai and Rob Bailis have overseen Cal Performances’ 2018-19 season, which was planned prior to Tarnopolsky’s departure.

As the new head of Cal Performances, Geffen will furnish a general artistic vision for the arts presenter and UC Berkeley affiliate, as well as direct the specifics of the organization’s programming. Geffen brings all the right kind of experience: at Carnegie Hall, he served as director of artistic planning before being named senior director and artistic adviser in October 2017.

“We are thrilled to welcome Jeremy, an accomplished and world-class performing arts executive, to Berkeley and to Cal Performances,” said UC Berkeley Chancellor Carol Christ. “He is an adventurous and imaginative artistic director whose sense of taste and vision has been refined over many years at major arts organizations.”

Among other initiatives, Geffen’s work in New York has included an increased emphasis on contemporary composers. With the Bay Area’s knack for adventurous music-making, he just might fit in.

From Daniel Barenboim to the Song of the Goat Theater, the outgoing director's final program is a complex and bold mix.

Tarnopolsky Moving on From Cal Performances to Philadelphia Orchestra

The organization's executive director winds up successful tenure in Berkeley.

The great impresario is retiring after a tenure of almost 30 years.