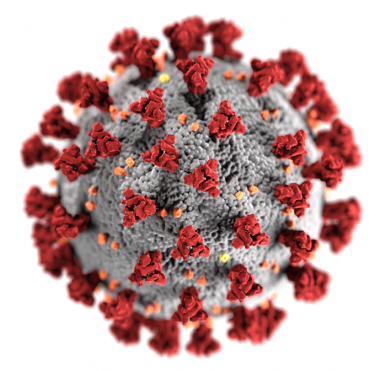 Beyond the actual ravages of COVID-19, the worldwide response is intensified by reaction to more than the new coronavirus: it’s to the worst threat of all, fear of the unknown, as the virus is still little understood. As soon as more is known, the current wholesale community isolation will moderate, responses will be more appropriate, but for now, it feels at times overwhelming, and there are complaints of “overreaction.”

Late Friday night, a flurry of posts and emails informed thousands of San Francisco Bay Area artists, staff, and would-be audience members that performances by SF Symphony, SF Ballet, and others in the SF War Memorial and Performing Arts Center are canceled effective March 7, through at least two weeks (March 20), as announced by San Francisco Mayor London Breed. (On Wednesday, March 11, Mayor Breed announced that these cancellations will be extended through March 25.)

While internationally and nationally, cancellations and closures are announced hour by hour (see some prominent ones below), the local focus was the closure of facilities in the Civic Center.

People elsewhere — and many locals as well — may not realize the size of the impact of closures. The Performing Arts Center consists of:

In the Veterans Memorial:

It is in the Atrium that the Merola Opera Program was planning an event on March 11 — a free audience- and member-building concert, with program faculty and participants. All 300 available spaces were filled.

Merola Executive Director Jean Kellogg was chewing her nails as various news started circulating, until notified of closure Friday night. “Went into panic,” she told SFCV, “sent emails, made phone calls, but we can’t go into the office for the guest list until Monday, and only then can we notify everybody.”

An even greater concern Kellogg has is about Merola’s April 26 major fundraising in the Ritz Carlton, where 500 program supporters are expected to provide vital help for Merola. Far as that date is, nobody knows at this point how the virus crisis will shake out by then.

Some organizations are planning to stick with performances. “Subject to change,” these include Pocket Opera’s San Francisco performance of Don Giovanni and Livermore Valley Opera’s double-bill of Gianni Schicchi and A Florentine Tragedy.

In China, South Korea, and northern Italy, closures are the order of the day, canceling events in many venues. News develops so quickly that just a couple of days ago The New York Times reported that in California cautionary measures allow continuation of music, theater, and museum services. As of the time of this writing, the SF Symphony’s big European tour, beginning in two weeks, is still scheduled.

Locally, with 104 virus cases in California, including 64 in the Bay Area, school and other closures are announced in a constant stream. As of Saturday afternoon, the number of SF residents diagnosed with coronavirus jumped from 2 to 8, with 8,700 Californians in self-quarantine, and testing still in an initial state.

Additional cancellations as of March 14 include:

SFCV will continue to update this article as more cancellations come in.