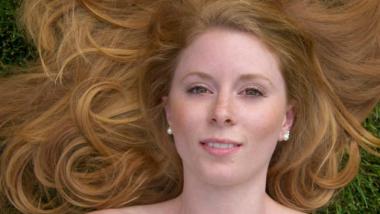 What do musical performance and religious service have in common? A lot. Aside from the fact that many religious practices incorporate musical moments, both practices can be construed as rituals — a set of standardized actions that convey solemn, often communal meaning to a congregation.

At the end of March, Bay Area new music soprano Amy Foote will present the first of a series of performances investigating different aspects of human actions. In Ritual #1: FluxGathering, she reworks the conventional Protestant Mass service into an “event” in the guise of those presented by the eponymous avant-garde Fluxus movement. Foote’s event also acknowledges the seminal influence of John Cage, whose advocacy of chance operations was adopted enthusiastically by early Fluxus artists by including a reading of his Lecture on Nothing in lieu of a sermon and by employing a variety of random procedures to deconstruct and reconstruct religious texts to form the other portions of the service.

There will be a communion of sorts, too — audience members are reminded to please bring their own mug. Assisting in the production are composer Danny Clay and fellow Fluxus performer Lora Libby. Foote is no stranger to overtly performative roles: She created and acted a lively (and memorized) Pierrot in Nonsemble 6’s recent production of Pierrot Lunaire and presented a spirited set of animal-inspired commissions in a solo show at the Center for New Music in 2013. Adventurous listeners interested in exploring the underlying commonalities and essential divergences of a wide range of ritualized actions are encouraged to participate in this consecration of movement, language, and sound — provided they remember to bring a mug.

What: Ritual #1: FluxGathering (A “concert ritual” of Flux events and John Cage’s Lecture on Nothing)