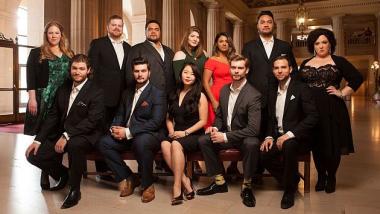 In the beginning, there was Kurt Herbert Adler, the irascible, much-admired (and feared) general director of the San Francisco Opera, a company put on the map by Adler during the four decades when he ruled over the War Memorial.

Besides bringing some of Europe’s greatest artists to San Francisco — most of them still unknown in the U.S. — Adler also cultivated local young talent, and he established the Merola Opera Program in 1957. Named after Adler’s predecessor, Gaetano Merola, who created the company in 1923, the Merola Program’s scope grew from local to global.

Twenty years after the Merola Program began, the San Francisco Affiliate Artists Opera Program was founded for advanced training, a kind of graduate program for selected Merola alum. The name later changed to honor Adler, but the purpose remained: offering intensive individual coaching, professional seminars, and a wide range of performance opportunities to young singers over the course of a year or more. A list of Adler Fellows includes some of the greatest stars of opera today.

At the end of the year, departing Adler Fellows strut their stuff in a concert, an event that was a big hit from the Class of 2016. For the current group, “The Future Is Now” concert will be held in the Opera House on Dec. 8.

Meanwhile, Adler Fellows have been named for next year, many of them remaining in the program, which can run for one, two, or three years. The advantage of staying with the program is obvious for tenor Kyle van Schoonhoven:

I can’t really express how important of a step the Adler has been for me. It’s about receiving permission to be what you’ve always dreamed of being. The program assimilates everything you need to succeed in this career. It polishes your audition skills, it gets you on stage for a moment or two to get the nerves out, it trains you in language and in musical style. It’s a real experience.

I’ve also been blessed to have world-class colleagues who help me grow as an artist. It’s hard not to learn something from other young professionals on a similar path to yours. They hold me up personally and musically, and they’ve yet to let me down. I love them all.

Citing two examples from his fellowship year, van Schoonhoven says,“It was pretty cool singing for 10,000 people at Opera in the Park. I also loved watching my friends own Rigoletto last season. It made me really proud to be one of them.”

San Francisco Opera Center Director Sheri Greenawald looks forward to an Adler year of “several unique opportunities ... Giles Havergal, who works with students from the American Conservatory Theater, will be staging the Adlers in long Mozart scenes, which will be enhanced by scenes from plays relating directly or indirectly to the story line of the music. This gives our young artists the chance to explore in-depth the arias, duets, and ensembles they will be performing during their careers. This also allows them to work with spoken dialogue, which is an art in itself, and which opera singers will encounter as companies present more classic music theater on their stages.”

Looking ahead, these are the 2018 Adlers: 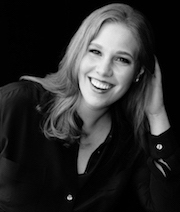 She was winner at the 2016 Denver Lyric Opera Guild competition and was a 2015 semifinalist for the Metropolitan Opera National Council Auditions after being named the winner of the Rocky Mountain Regional finals. As a participant of the 2016 Merola Opera Program, she performed Elsa in excerpts from Wagner’s Lohengrin in the Schwabacher Concert Series. 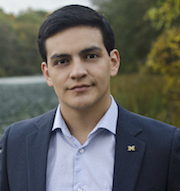 A participant of the 2017 Merola Opera Program, pianist César Cañón alternates his activity as a concert pianist with vocal coaching and conducting. He has performed in his native Colombia, and Brazil, Canada, Italy, Mexico, and the United States. Recent engagements include collaborations with Opera de Colombia and Teatro Colón de Bogotá. 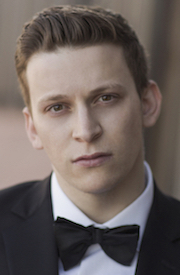 He spent the 2017–18 season as a member of the Houston Grand Opera Studio. Before then, he participated in the 2016 Merola Opera Program, where he was featured in the Schwabacher Summer Concert. In 2017, he was a winner of the Metropolitan Opera National Council Auditions, a recipient of a Sara Tucker Study Grant from the Richard Tucker Music Foundation, First Prize Winner in the Houston Grand Opera Eleanor McCollum Competition, and winner of the Irvin Scherzer Award from the George London Foundation. 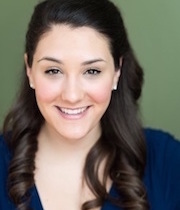 With Merola, she sang the role of Popova in William Walton’s The Bear. She also covered the title role in Rossini’s La Cenerentola and ended her summer season on the War Memorial Opera House stage singing an aria from Massenet’s Cendrillon. Dixon’s 2016–17 season included her debut with Michigan Opera Theater in Copland’s The Tender Land as Mrs. Splinters. 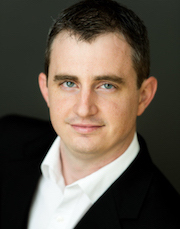 John Elam recently served as musical associate for the 2016–17 Season at Tri-Cities Opera, where he was chorus master and assistant conductor for productions of La Traviata and Hansel und Gretel, as well as assistant conductor for Ravel’s L’Heure Espagnol and Philip Glass’s Hydrogen Jukebox. In addition to coaching at Merola, he has also worked as a coach with the Michigan Opera Theater. 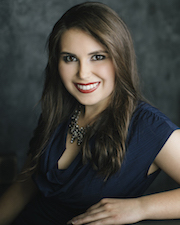 As a Metropolitan Opera National Council Grand Finalist, Image was praised by the New York Times for her “pristine high notes” and by Operawire for her “crystalline tone [that] swirled through the house.” As a participant in the Merola Opera Program, she also sang Clorinda in Rossini’s La Cenerentola.  This December, Image will sing the title role in the North American premiere of Alma Deutscher’s Cinderella with Opera San José. 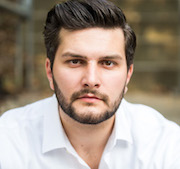 The Romanian-American made his company debut as Marullo in Rigoletto and was Marquis d’Obigny in La Traviata. Manea was a participant in the 2016 Merola Opera Program and appeared as Iron Hans/Wolf in Conrad Susa’s Transformations. Recently he performed Escamillo (Carmen) in Wuhan, China, as well as the Forester in The Cunning Little Vixen. 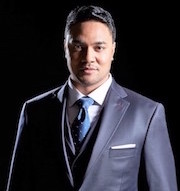 As a participant of the 2016 Merola Opera Program, he performed his first principal role as Ferrando in Così fan tutte. Pati won the Lexus SongQuest in 2012 and the Waiariki Institute of Technology NZ Aria in 2015. In 2014, he was invited to be a part of the Young Singers Project in Salzburg, Austria, where he appeared in performances and concerts including La Favorite with Elina Garanca, Juan Diego Flórez and Ludovic Tézier, and the tenor solo in a production of Mozart’s Spatzenmesse. 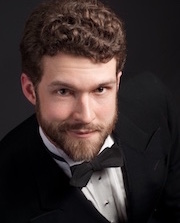 A national semifinalist of the 2016 Metropolitan Opera National Council Auditions, Pursell earned acclaim for his role in the world premiere of Gregory Spears’s Fellow Travelers at Cincinnati Opera. His 2017 season saw debuts at both Houston Grand Opera (Tom in Laura Kaminsky’s Some Light Emerges) and the Vienna State Opera (Second Englishman in Prokofiev’s The Gambler). As a participant of the 2017 Merola Opera Program he received critical acclaim for his performance of Dandini in La Cenerentola. 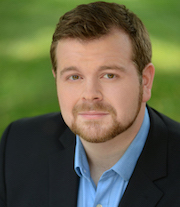 Kyle van Schoonhoven made his San Francisco Opera debut as Young Servant in Strauss’s Elektra. He was recently awarded the Nicolai Gedda Memorial Award from the George London Foundation, was a finalist in the 2016 Jensen Foundation Vocal Competition, and was recently named a winner of the Metropolitan Opera National Council auditions. 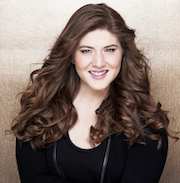 She is only the second director to receive a fellowship in the program’s history. As a participant of the 2016 Merola Opera Program she directed the Merola Grand Finale concert. She made her West Edge Opera debut in summer 2017 directing Thomas’s Hamlet at the Pacific Pipe warehouse in Oakland. Umezawa is artistic director of Toronto-based independent opera company Opera 5, and the creator, director, and writer of the web series Opera Cheats.