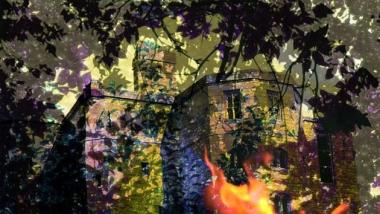 A San Francisco-based Korean soprano’s dedication to her 90-year-old voice teacher is driving a bold effort to present a complete concert version of Wagner’s Tristan und Isolde in Herbst Theater on Aug. 26.

Juyeon Song, who will sing the role of Isolde, is heading the newly-formed Claude Heater Foundation, which is financing and producing the event.

Oakland-born Heater is Song’s teacher and voice coach, a former actor (he portrayed Jesus in the 1959 Ben-Hur) and baritone, who later in his career sang as a tenor, with Tristan as a signature role in major European opera houses.

Tristan, of course, is one of the daunting peaks of the genre, a fevered four-hour rhapsody of love and death, making extreme demands on voices. Among the multitude of tributes is Benjamin Britten’s extravagant diary entry: “Dwarfs every other creation save perhaps [Beethoven’s] Ninth. The glorious shape of the whole, the perfect orchestration: sublime idea of it and the gigantic realization of the idea...” For a small, new organization to present Tristan is virtually unprecedented. But there is even more to this, as Song explains:

About a year ago, I felt it finally was time to bring to reality some projects Claude Heater had been planning but could not make into reality due to too many health issues. One was to establish a non-profit organization to help aspiring singers who show promise in the dramatic vocal repertoire.

Another was to revive public awareness of a very moving film of Tristan und Isolde, filmed almost entirely at the 12th-century castle in Ghent, Belgium, starring Claude Heater and Jacqueline Van Quaille.

It was time to remind our musical community of Claude’s achievements and his contribution to the operatic world, particularly to do so while Claude is still alive to enjoy this recognition.”

The concert opera is at the center of the effort, “featuring strong American singers,” Song says. And so, Roy Cornelius Smith, a tenor with a busy schedule in Europe, singing a broad range of roles, from lyrical to heldentenor, was cast as Tristan.

“This will be my first Tristan,” Smith told Classical Voice. “I have previously performed The Flying Dutchman and both Siegmund and Siegfried in a shortened version of Wagner’s Ring Cycle entitled ‘The Ring on One Evening,’ in Mannheim.”

Smith and Song recorded excerpts from the opera privately earlier this year with the Janácek Philharmonic Orchestra in the Czech Republic.

Conducting the singers and a 60-piece orchestra will be Jonathan Khuner, whose experience includes work at the Metropolitan, San Francisco Opera, and many Wagnerian productions, including work at the prestigious Wagner festival in Bayreuth, Germany.

Video artist Naomie Kremer’s projections will be incorporated in the production; supertitles with Dmitry Murashev’s translation will be projected over the Herbst proscenium.

Heater’s Tristan TV film will be screened by the Foundation in conjunction with the Herbst concert: Act 1 at 1 p.m. on Aug. 18, in the Legion of Honor’s Gunn Theater, and Acts 2 and 3 at 1 p.m. on Aug. 24 at the Berkeley City Club. The Legion screening will be introduced by Jonathan Khuner, and followed by a live recital.

The festival of Wagner operas at Bayreuth continues to confront the composer’s fraught and complicated legacy with fascinating, sometimes crazy productions. SFCV’s critic reports on the entire thing.