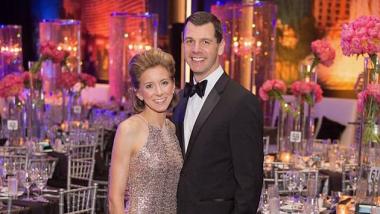 San Francisco Symphony has announced the appointment of Mark C. Hanson as its new executive director; he’ll take office with the beginning of the 2017–2018 season on Sept. 1.

Hanson, 43, is leaving the position of executive director of the Houston Symphony after seven years there. The Houston Chronicle, under the headline “Houston Symphony loses director Mark Hanson to San Francisco,” reported that during Hanson’s seven-year tenure, the Houston Symphony’s budget grew from $25 million to $34 million. “The move could be seen as a step up for the relatively young executive director, as the San Francisco Symphony boasts a larger operating budget.” (The last reported SFS operating budget, for Fiscal 2015, was $78 million, with a $4.3 million deficit.)

“Mark is someone who is very focused and driven,” said Steven Mach, the past president of the Houston Symphony board. “He’s always on. You get him 24/7, 365 days a year, and he won’t take no for an answer.”

Hanson succeeds Brent Assink, who stepped down from the position in March, after 18 years as SFS’s chief administrator. Unlike many other orchestras, SFS has a record of lengthy CEO tenures: Hanson will be only the fifth chief executive since the position was created in 1939 with Howard Skinner serving SFS in that capacity for the next quarter century. He was followed by Joseph Scafidi from 1965 to 1978, and Peter Pastreich from 1978 to 1999.

Assink in San Francisco and Hanson in Houston both had a major role in bringing musicians and management together, resolving previous conflicts and creating a better atmosphere for contract negotiations. Also, notes the Houston Chronicle, “Among the initiatives of his tenure were a multiyear plan to strengthen the orchestra’s financial standing, a growth in multimedia performance and outreach programs, and focused outreach efforts to the city’s African-American, Hispanic, and Asian communities.”

Hanson studied cello at the Eastman School of Music, went on to Harvard to earn a degree in social studies, and then participated in an American Symphony Orchestra League management training program. Before Houston, Hanson held executive positions with the Rockford (IL) Symphony Orchestra, the Knoxville (TN) Symphony, and the Milwaukee Symphony where, as president and executive director, he was responsible for hiring Edo de Waart, former SFS music director, to head the orchestra, succeeding Andreas Delfs.

“I am deeply honored to have been selected as the San Francisco Symphony’s next executive director,” Hanson responded to his appointment. “I have such a deep respect and admiration for the San Francisco Symphony’s record of artistic accomplishment, thoughtful innovation, community engagement, and economic impact achieved over its first 105 years.”

The administrator had an important and visible role in maintaining the orchestra’s high standards.