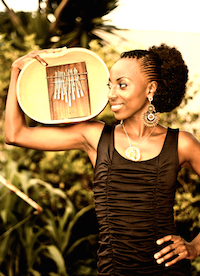 Saratoga’s Montalvo Arts Center will host OneBeat, an international consortium residency, Oct. 8-22, with a free public concert, 11 a.m. to 5 p.m. on Oct. 19. Twenty-five musicians, ages 19-35, from 17 countries are participating. They include a Brazilian flautist, an Egyptian singer/composer, and an Iraqi oud player.

The Oct. 19 event will feature performances staged throughout Montalvo's grounds and buildings, with guests are invited to mingle among musicians as they perform, and later attend in the Garden Theater for an ensemble performance. OneBeat is an initiative of the US Department of State's Bureau of Educational and Cultural Affairs, and produced by Bang on a Can’s Found Sound Nation. For more information visit montalvoarts or call (408) 961-5800.

OneBeat participants include Fidel Kilic, a Turkish vocalist/composer who is the 17th son of Kurdish farmer parents; Sanaya Ardeshir (a.k.a Sandunes), a Mumbai-based synth artist/composer; Esteban Copete, who taught himself to play traditional instruments in addition to studying the saxophone in his native Colombia and in Mexico; Zimbabwe’s Hope Masike, a Mbira player and vocalist who has released two albums and received the 2012 NAMA award for Outstanding Female Musician; Baltimore-based Anna Roberts-Gevalt, who specializes in Appalachian fiddle and banjo; and Russian accordion recording artist and educator Alexander Shirunov.