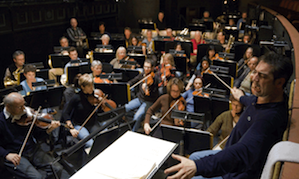 Following almost four months of bargaining, characterized by both parties as collegial, respectful and dedicated to shared problem-solving, the new agreement creates a stable working framework now through July 31, 2018.

The labor agreement provides increases in weekly pay of three percent in each year of the four-year agreement along with important changes to the orchestra’s healthcare insurance which is anticipated to save the company approximately $300,000 to $400,000 each year. The new contract was ratified by the orchestra on Sept. 2, and provides stable employment for 28 weeks (including paid vacation) for the 69 members of the orchestra.

The new contract also provides for improvements to the War Memorial Opera House orchestra pit with new lighting and sound shields. In anticipation of the company’s upcoming expansion into the planned Wilsey Center for Opera, with a 299-seat theater, in the adjacent Veterans Building, currently under seismic reconstruction, a new provision for work at the Wilsey Center was negotiated with "both parties recognizing the importance of a new kind of programming in that venue." SFO General Director David Gockley said:

I’m deeply grateful for the dedicated work of both negotiating teams. At a time of continued turbulence for this industry, I’m heartened that difficult issues were able to be addressed in a respectful manner, with both sides committed to the future of the Company. I’m especially appreciative of the orchestra’s work with us to find additional savings after significant concessions in the 2011 negotiation, and for partnering with us on finding solutions to the growing cost of healthcare.