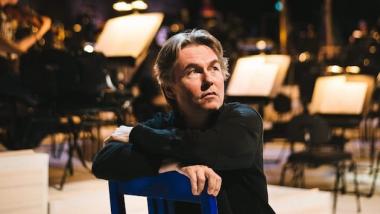 All concerts from Sept. 30 through Dec. 31, 2020, have been canceled and will not be rescheduled, but a few concerts that have been previously announced as postponed will be rescheduled for a later date.

The cause for those cancellations also prevented the long-planned special performances this month for MTT’s departure as music director: COVID-19, and in the words of SF Symphony CEO Mark C. Hanson, “statewide guidelines that live concert performances will not be permitted until the final stage of the reopening process,” expected only after the end of the year.

According to the current Order of the Health Officer, the City and County of San Francisco prohibits all performances and events with audiences at entertainment venues, which raises questions about the future of the SF Ballet in the Opera House, at least for the 2020 portion of the season: that means Nutcracker, with its enormous audiences (as many as 90,000 a year) and revenue importance, is imperiled.

John Caldon, the managing director of the San Francisco War Memorial and Performing Arts Center, responded, saying, in an email, "COVID-19 information is rapidly evolving. If major changes occur that shift the landscape, we will respond accordingly. It is certainly my goal to have these buildings back to business as soon as it has been deemed safe to do so by the Health Officer."

An SF Ballet spokesperson told SF Classical Voice on Wednesday: “San Francisco Ballet is awaiting further clarity from the City of San Francisco regarding health and safety guidelines for public performance venues, currently scheduled to be released later this summer. SF Ballet’s Nutcracker, annual Opening Night Gala, and other special events will be determined and announced to the public as more information becomes available.”

The Symphony announcement stated: “While we are deeply disappointed to not present the exciting lineup of live concerts we had planned for fall 2020, including the start of Esa-Pekka Salonen’s tenure as music director and a festival of events featuring our eight collaborative partners, we know this action is necessary in order to ensure the health and safety of our orchestra, chorus, staff, and audiences.”

Lost to musicians and audiences are such special events as Salonen’s Sept. 30 gala of “Bach’s music reimagined by the collaborative partners”; his conducting Béla Bartók’s Bluebeard’s Castle (Oct. 8–11), with mezzo-soprano Michelle DeYoung and bass-baritone Gerald Finley, that opera paired with Bartók’s Piano Concerto No. 2, with Yefim Bronfman as soloist; Beethoven’s Missa solemnis, conducted by MTT as music director emeritus (Nov. 5–8); and the “Great Performances” series with Ray Chen and Chick Corea, along with many other programs.

The SF Symphony Board of Governors, the music director, staff, members of the orchestra and chorus, and stagehands have joined in implementing a “shared sacrifice plan” that includes temporary pay reductions for all employees earning more than $75,000 annually, and a staff restructuring that includes the elimination of some positions and some temporary furloughs of varied duration.

SFS has a 107-member orchestra, attracts 450,000 audience members each year, and reaches many more through its community and school programs. There are no estimates yet of the impact on the Symphony’s approximately $80 million budget; SF Opera is expecting a 27 percent revenue loss, which would amount to $20 million.

“Receipt of a Paycheck Protection Program loan along with the institution-wide shared sacrifice plan may make it possible to end the current fiscal year with a balanced budget if we are successful in renewing 85 percent or more of last season’s donor base.

“We are still assessing the financial impact of concert cancellations next season and will be working with the Board over the summer to determine sustainable compensation levels for the 2020–2021 season. We continue to value our close partnership with SFS musicians and thank them for their voluntary participation in our shared sacrifice plan. Our organization also continues to benefit from the tireless efforts of our administrative staff and the extraordinary generosity of our Board of Directors.”

Salonen is at home in Finland, as he has been since mid-March, working on projects locally with the Finnish National Opera. He is in constant communication with the San Francisco Symphony executive and artistic teams as they plan for future projects.

Nothing is certain during the pandemic but there is hope for saving the 2021 portion of the Symphony season, which has some exceptional offerings, from a concert version of Strauss’s Elektra (March 18–22, 2021), with Christine Goerke in the title role, and Salonen reprising his acclaimed Weimar Republic program, heard last February in LA with the LA Phil, at the end of the 2020–2021 season .

As for the finale to the current season, at the culmination of the 25-day digital tribute MTT25, on June 28 at 8 p.m. ET, a special program will be streamed, hosted by Audra McDonald and Susan Graham, and featuring contributions and tributes by musicians of the orchestra and chorus, an array of guest artists, and “many surprises.” The program will stream free of charge on the Symphony’s YouTube channel. Details of a new digital program from the Symphony will be announced in a few weeks’ time.

Ticketholders, says the SF Symphony announcement, are “encouraged to consider donating the cost of their tickets back to the San Francisco Symphony, or to ask for a gift certificate for the value of their tickets. This helps support the Symphony as a nonprofit performing arts organization during this challenging time as we navigate the significant, ongoing impact of the COVID-19 situation.

“Ticket donations go a long way in helping the San Francisco Symphony come back stronger and more vibrant than ever. Patrons can double the impact of ticket donations, with a one-to-one match up to $1 million underway by a group of generous San Francisco Symphony Board members and donors consisting of President Sakurako Fisher and William Fisher, President-Elect Priscilla B. Geeslin and Keith Geeslin, former President John Goldman and Marcia Goldman, and Development Committee Chair Trine Sorensen and Michael Jacobson, who started this initial matching fund.

“For those who opt for gift certificates, patrons will receive a 20-percent credit applied to their gift certificate based on the value of tickets they had purchased for use in future concerts. These credits won’t expire.”

NB: This article has been updated with new information from John Caldon, the managing director of the San Francisco War Memorial and Performing Arts Center.

Don’t expect any live opera in San Francisco until 2021.

The online tribute will highlight great moments throughout MTT’s tenure with the SF Symphony.

A now-deferred seat-replacement project would have knocked the War Memorial out of commission for nearly four months next year.