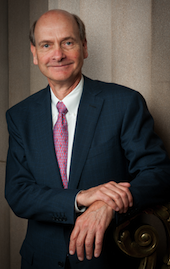 Silicon Valley Goes to the Opera

It's been a tough row to hoe, but San Francisco Opera General Director David Gockley has finally done it. He got the previously standoffish rich and powerful national center of technology just a few miles south of the city involved with the company in a big way.

When Gockley arrived from Houston in 2005, he already noted the lack of support from, or even contact with, Silicon Valley. It's now eight years later, and here is the announcement from the company about board member appointments effective on Aug. 1:

Seven new directors were unanimously elected to the Opera board, all leaders and innovators in the global tech arena. "These directors represent a new partnership with Silicon Valley to advance the mission of San Francisco Opera," says the announcement.

They include: William M. Coughran, Jr., a Partner with Sequoia Capital and former SVP of Engineering at Google; Peter Fenton, a General Partner at Benchmark Capital; Stephen S. Kahng, a philanthropist with a long history in the technology industry, including as founder, Chairman, and CEO of Power Computing Corporation; Phil Libin, CEO of Evernote; Gil Penchina, angel investor with advisory roles at LinkedIn, Wikia, Fastly, Paypal, Tinfoil Security, and Evite; Karthik Rau, CEO and co-founder of SignalFuse who formerly held leadership positions at VMWare and Delphix; and Karen Richardson, whose 25-year software business career includes successful tenures at some major tech companies, including as the former CEO of E.piphany and a director of BT Group Plc.

All seven will be part of a new task force with the mandate "to develop groundbreaking new initiatives for the company."

The new president of the San Francisco Opera Association, also effective Thursday, is Keith Geeslin, a Partner at Francisco Partners, a leading global private equity firm. He succeeds George H. Hume, who is stepping down after seven years of service as president, but will continue to play an active role on the board as vice chairman. Geeslin, together with Board Chairman John Gunn, will lead the 81-member board of directors.

Also joining the board of directors is Melinda Yee Franklin of United, the Opera’s longtime corporate sponsor, and Louise Gund, an arts advocate, environmental and political activist, and pioneering advocate for women in the arts and health.

Gockley commented: "I am very, very happy to welcome all of our new board members, including those who have such strong ties with Silicon Valley. We engaged this cohort with the specific goal of strengthening San Francisco Opera’s relationship with this community of innovation, creativity and strategic thinking. San Francisco Opera has long been regarded as an industry leader in producing world renowned work and it seems more than appropriate to leverage the expertise of Silicon Valley for the advancement of the opera art form and the rich content that we can provide.”

Gockley credited Ben Nelson and pro-bono services of Calibre One, a global executive search firm specializing in technology sectors, for the new board recruits.