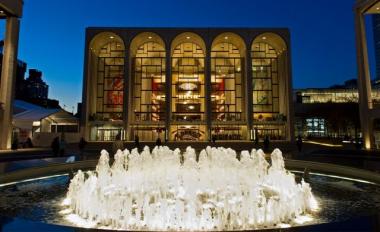 Will Live Opera Stay Dead Through the End of the Year?

The shocking but not unexpected answer today from the Metropolitan Opera is yes, and the decision by the country’s largest company cast a dark shadow over the country’s opera universe.

Will the San Francisco Opera’s Sept. 11 or the SF Symphony’s Sept. 30 opening (Esa-Pekka Salonen’s debut as music director) be on schedule? SFCV asked and, as expected, was not answered directly (except for the equivocation below) — administrators will delay such consequential decisions as long as possible. That’s true even as the now-expected/hoped-for three-month hiatus before September is already too short for some of SF Opera’s technical preparations and rehearsals. Meanwhile, opening nights for the Los Angeles Opera and LA Phil are still on the calendar too: Sept. 26 and Sept. 22, respectively. SF Opera now says,

"San Francisco Opera has not cancelled the Fall 2020 season but we continue to closely evaluate ongoing developments in the COVID-19 situation, including the latest public health recommendations and city and state orders. ... The company has been working to build in as much flexibility as possible so that we can remain responsive to whatever unfolds over the coming weeks, and we will share further updates as soon as they are available. We will bring live opera back to our audiences as soon as it is safe to do so, and until then remain committed to connecting with our community through online content and virtual events and experiences at sfopera.com.

In Europe, things are changing even faster. The Bayerische Staatsoper will be opening its doors starting this coming weekend, June 6–7, and is inviting a limited number of observers to the stage of the Nationaltheater — with a greatly reduced number of visitors and following the guidelines for museums and church services. “We want our audience to participate in the work and preparation process of our musicians for autumn,” says General Manager Nikolaus Bachler about the new dates.

On a day when demonstrations and disorder reached a peak in the week since the death of George Floyd in Minneapolis, with curfews added to three months of quarantine, the news from the Met registered “only” with thousands of artists further deprived of work and income, and hundreds of thousands of would-be audience members. Most of the artists at the Met — including chorus and orchestra — have not been paid since March, and now they are facing another six months of unemployment.

The announcement was short and to the point:

“Due to the ongoing health crisis, we have made the difficult decision to cancel the first few months of the 2020–21 season. We expect to re-open our doors on December 31, 2020.”

In an interview with The New York Times, Met General Manager Peter Gelb added: “It’s transparently obvious that social distancing and grand opera cannot go together. It’s not just the audience; it’s the health of the company. You cannot put a symphony orchestra inside a pit, and performers and a chorus in intimate proximity on the stage of the Met.”

The first scheduled performance now is the New Year’s Eve Gala performance, which will replace the previously scheduled Die Zauberflöte.

Because of the lack of time available for technical preparations, spring performances of The Magic Flute and Don Giovanni will be performed in revivals of the Julie Taymor and Michael Grandage productions, respectively, rather than the previously announced new stagings by Simon McBurney and Ivo van Hove.

The new productions, as well as the previously scheduled new stagings of Verdi’s Aida and Prokofiev’s The Fiery Angel for the fall, will be rescheduled for later seasons. Van Hove’s Met-premiere production of Jake Heggie’s Dead Man Walking, conducted by Met Music Director Yannick Nézet-Séguin, remains on the schedule as planned. (This will be the San Francisco composer’s debut at the Met, with an opera already performed around the word.)

Nézet-Séguin will conduct a total of 26 performances over the course of the revamped season, including performances of Mozart’s Don Giovanni, Richard Strauss’s Die Frau ohne Schatten, and Gounod’s Roméo et Juliette.

Meanwhile, during the extended absence of live performances, the Met’s free streaming continues at metopera.org at 4:30 p.m. PT, each opera remaining available for 23 hours. Upcoming streams include the classic telecast of Donizetti’s Lucia di Lammermoor, starring Joan Sutherland and Alfredo Kraus (on May 15). Among other operas: Massenet’s Werther, Verdi’s Nabucco, and the 1988 telecast of R. Strauss’s Ariadne auf Naxos.

Clocked In … Or Locked Out at the Metropolitan Opera

Is the Metropolitan Opera is headed for a lockout? The employees are demoralized and surprised by this prospect, but bewilderment is something they’re familiar with from the Gelb regime.

'Cyberspace Opera' at the Met

Thomas Adès’s operatic adaptation of Buñuel’s nightmarish masterpiece works brilliantly. Catch the encore in a theater near you.