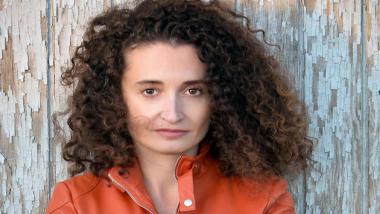 Ars Minerva’s sophomore outing on May 21–22, Carlo Pallavicino’s The Amazons in the Fortunate Isles, promises an equally satisfying excavation of a Venetian tragicomedy. Bursting with catastrophe, innuendo, blatant lies, sex, humor and, first and foremost, excellent music, Amazons has not been seen since its premiere in 1679.

“What I liked in this opera is how youthful it is,” says Ricci. “The music has dancing themes, short, with variety. The arias are short also. The singers use ornamentation to express their feelings, but it’s not like Handel or Vivaldi where there are huge shifts.”

If the opera offers heart-shaking revelation, she suggests, it’s in the libretto.

"Bringing this music back to life, it’s bringing back life itself. We hear it and better understand today.”The prologue sets the scene, with one character who wants to build a theater and two others who want to stop him. Of course nothing is that simple and, when the Sultan of Ethiopia invades the mythical Fortunate Isles and the women warriors known as The Amazons get involved, more than hell breaks lose. There’s a Queen whose great conflict is that she’s fallen in love and fears she is no longer fierce enough to be a leader; a traitor lurks in the Amazons’ midst; the Queen’s rebellious daughter rocks the family’s delicate balance; a madwoman is driven to extremes by love, and a girl-girl romance roils the community.

“Yes, there’s a modernity because of the love story between two women,” says Ricci. “Even if it was known that there were such relationships then, it’s rare to have it in an opera of that time.”

It’s even rarer when Pallavicino’s background is taken into account. Pallavicino was an Italian church organist, choirmaster, and composer of more than 20 operas, who eventually became the musical director of a Venice conservatory that provided orphaned children with music instruction. He lived from 1630 to 1688.

“And yet, there isn’t a bad judgment about the lesbian relationship in the opera. One of the two women also falls in love with a man. I like the freedom of choice that the Amazons had,” says Ricci.

Reviving an opera is in some ways reviving a way of living or an era, but it’s also a careful recreation of a score. “I can see the actual manuscripts (at the library in Venice). We do a modern score. I can play it at home and have an idea of what it is. This means the music is, in ways, original. The libretto is digitalized and this is used while the score is written. Sometimes there are differences, so we use the text that’s in the score when that happens.”

Amazons will be more fully staged than last year’s production, with projected set designs by Patricia Nardi to establish place, simple costumes including jeans for the Amazon women, and sophisticated hair and makeup courtesy of Metamorphosis Salon. Former San Francisco Ballet Principal Dancer Muriel Maffre has choreographed several sections. “She’s intuitive in working with the dancers but also with the singers,” says Ricci. “It gives the whole story depth.” The cast includes Ryan Matos as the Moorish captain and French soprano Aurélie Veruni as Pulcheria, Queen of the Amazons. “Aurélie has a sweetness to her; a voice that is flexible, with lots of color so she is expressive of all feelings. We hear the torment of a woman who feels she’s not as much of a warrior as she should be. Ryan is the traitor. He’s tall, so he fits well for the sailor [role] and the part is a low tenor so his darker voice is best.”

Ricci is pleased that the “brave comedy with a little touch of tragedy” is a portrait of progressive women in action that will be seen in San Francisco. The company finds it has a following: an audience largely composed of young people who are eager to hear baroque music.

What’s fascinating to them is human adventure: going back in time. As we go from one composer, one music link, one mentality of society to the next, we can see that people back then liked plot, fast twists, short scenes, interesting and frenetic entertainment, just like today. And no one dies; it’s all about politics, compromise. Bringing this music back to life, it’s bringing back life itself. We hear it and better understand today.”