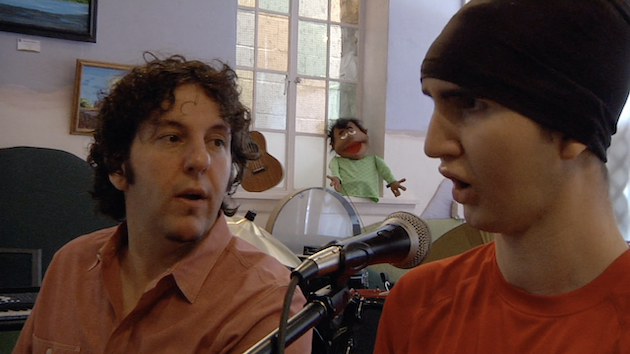 Is it a music miracle, or simply science? It is both, although there is nothing simple about Forrest Allen’s arduous emergence from a traumatic brain injury that had silenced his singing voice at age 18 and left him unable to utter a sound or walk for almost two years.

Koch’s film won the Best Social Impact Award at the Greenwich International Film Festival. In an email interview, Koch says, “the pandemic precluded in-person screenings at film festivals and we are now having a ‘virtual cinema’ release on Dec. 4 (via Laemmle Virtual Cinema), followed by the film being made available on streaming platforms, include Apple/iTunes and Amazon beginning Dec. 15.” Music Got Me Here will also be available on DVD mid-December.

Koch’s films and nonfiction television shows have appeared on multiple networks and include the award-winning documentaries Reel Models: First Women of Film (AMC), Mario’s Story (Showtime), City at Peace (HBO), and The Other City (Showtime). She is the executive director of the Middleburg Film Festival in Virginia.

Music Got Me Here begins roughly two years after Allen made a life-altering decision not to wear a helmet while performing stunts on a snowboard. The head injury he sustained in a fall caused his brain to swell, pushing it against his skull and damaging the organ. Photos and videos recorded by his parents and older brother show a loving family, speaking to the initially nonresponsive Allen with desperation, perseverance, and determination.

Allen had been involved in musical theater before the accident and eventually, his family engaged the services of Sweitzer who, for reasons detailed in the film, came to develop a no-holds-barred approach to music therapy.  The film traces the family members’ and Sweitzer’s growth over the course of  Allen’s long and difficult recovery.

“I originally thought this film would take about a year to make and now it’s eight years later,” says Koch. “I first began working on the film in late 2012, just when Forrest “sang” his first two words, after nearly two years of silence. Due to all the twists and turns, ups and downs, I continued filming through 2017. We began editing in 2015. Most of the editing was completed by 2018, however, we were still finessing and updating until just a few months ago.”

Koch came from a family of musicians; her mother is a music teacher, and her brother is San Francisco-based pianist Michael Udelson. Even so, music therapy had not been on her radar. “Watching Forrest learn to speak again through the music therapy method called ‘melodic intonation’ has definitely made me more attuned to the sounds and rhythms and ‘melodies’ that exist not just in music, but in our everyday lives and our “musical memory,” she says. The increased awareness of the powerful healing and hope delivered by music therapy and the courageous story told in Allen’s journey reaffirmed Koch’s belief that personal stories best convey large issues.

Sweitzer, in an email, writes that music therapy holds promise for people with dementia, Alzheimer’s, autism, as well as TBI like Allen’s. For those people and people who suffer strokes, music can trigger memory and recall. “For dementia and Alzheimer’s, we often use music for reality reorientation: music as a tool to help them ground themselves in the ‘real’ world.” His stroke or TBI clients often experience aphasia (loss of ability to understand or express speech), and music therapy can provide access to more fluid communication. “For all of these disorders, music can be used to deal with emotions and self-expression,” says Sweitzer.

To stimulate Allen’s brain, Sweitzer primarily uses musical-theater repertory. Asked about the importance in recovery success of using a musical form familiar to the patient pre-injury, he says the client’s musical preferences offer an advantage in that it is a nonthreatening portal for connection. “Opera music could be used for someone who relates to and connects to opera before their accident. Although we try to use many genres in working with a client.”

Fleming says she offered herself as “a guinea pig,” to support brain research and help scientists to understand music’s effect on the brain. In the film, she says, “Scientists now believe that music came before speech. And so that’s really fascinating, when you think about it, that we are so hard-wired for music.”

NIH Director Collins says it is a marvel that Sweitzer was able to “wake up” and activate the parts of Allen’s brain that govern speech. In other words, music therapy in Allen’s case, is science — and its impact, a miracle.

The Art of Healing with Sound

The ancient art is attracting a new generation of classical musicians.