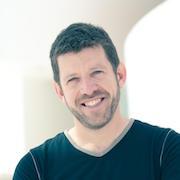 January is “New Opera Time” for Mark Streshinsky, general director of Berkeley-based West Edge Opera, and that means a trip to New York City. There he attends both PROTOTYPE, “an annual festival of visionary opera-theatre and music-theatre works,” and OPERA America’s New Works Forum, during which artists and presenters discuss methods “for ensuring the successful creation and production of new operatic works.”

Networking is national, Streshinsky notes, “and every year somebody says, you have such a lot of wonderful composers in Northern California, what kind of programs can show off what they’re doing? And every year I’ve had to say, there are programs in chamber music, yes, but in the world of new opera, I haven’t been able to come across anything I thought of as comprehensive.”

This year, Streshinsky went east with board member Brian Rosen and something new to show off: West Edge Opera’s inaugural Snapshot festival — brainchild of Streshinsky, Rosen, and artistic director Jonathan Khuner — which will showcase selections from eight selected new operatic works. The travelers will return in time for the first program of four pieces, performed January 21–22 at the David Brower Center in Berkeley and the Bayview Opera House in San Francisco, respectively. The other four pieces will follow at those two venues on February 25–26.

“I think people who truly love opera are interested to see where the art form is going,” says Streshinsky, taking a break in a San Francisco coffeehouse before the holidays. “And these people want to see opera sustained.”

West Edge has already drawn notice for presenting developed, full-length new works, along with older but often scarcer operas. During their production of The End of the Affair in 2014, Streshinsky got to know that opera’s composer, Jake Heggie, with whom he discussed his vision for Snapshot. “I wish there had been a program like that when I was getting started,” Heggie commented in an e-mail, and that became the new project’s promotional quote.

Before joining West Edge, Streshinsky worked as an assistant stage manager and assistant director at San Francisco Opera, and he’s clear that, “I hope to always have grand opera, on a large scale. But people talk about how expensive it is, will they always be able to fill the theaters with hundred-dollar tickets, and a lot of those people are interested in smaller, more innovative, more flexible models of opera.”

Snapshot is joining similar efforts toward these ends not only in New York (where City Opera’s erstwhile VOX was an additional model) but also Washington, D.C., Fort Worth, Austin, and elsewhere. “What we wanted was not a workshop but an opportunity for composers to show off what they’re working on and give audiences a chance to get used to it,” says Streshinsky. “For this first year, we’re keeping it small — four excerpts each program, of not more than about fifteen minutes each — with interviews with the composers and librettists on video before their excerpts. We got 30 submissions. Our guidelines, besides specifying that the creators had to have ties to the Bay Area, were that the excerpts not have had a full production, with costumes and scenery.

“A couple of them stood out right away,” he continues. “In Stephen Eddins’ Why I Live at the P.O., based on the Eudora Welty short story, the subject matter, a young girl’s struggles in the South, was interesting, and the music caught the flavor of the piece. Touch is about Helen Keller, focusing on when [Keller’s teacher and lifelong companion] Anne Sullivan was sick and they brought in a young man, and he and Helen fell in love. But we didn’t just want stories set to music, we wanted variety from composer to composer. Linda Bouchard’s The House of Words is much more performance art, non-linear, based on a work from South America that’s kind of mystical. And Liam Wade’s piece got an extra push from us because we wanted something really funny. There’s not many comedies being written.”

Wade, a former San Franciscan speaking by phone from his family home in Pennsylvania, notes that Jake Heggie had encouraged him to explore opera after both composers were involved in writing for Ann Moss, a soprano who’ll be among Snapshot’s corps of singers. Seeking showcasing opportunities, Wade discovered Snapshot the day it was announced online, and realized he met the project’s criteria. The piece he submitted, The Stranger the Better, had been conceived during Atlanta Opera’s 24-Hour Opera Project, where he was paired with librettist Vynnie Meli and the pair was presented with a tambourine and a hand-held fan as prompting props.

“Walking towards the practice room where we were to write the piece, we bounced ideas back and forth,” Wade recounts. “We thought about Mardi Gras music, and ‘girls gone wild’, and thought a funny character would be Blanche DuBois, and then Vynnie said, ‘Why don’t we just go for it and do something along the lines of a parody of A Streetcar Named Desire?’ Our cast of four singers included a wonderful, young heldentenor, about twice as big as I am, and I said, ‘There’s a tradition of skirt roles and pants roles going back to the Baroque era, it would really be funny if he were Blanche.’ At the end of the night, our piece won the Audience Award, and that inspired us to expand it and get more performances.”

Snapshot was additionally attractive to Wade because of the opportunity to work with musicians as well as singers, of which there’ll be 14, including Moss, on-book but interacting dramatically. “Our first instinct,” says Streshinsky, “was that it was best to do the festival with just piano, but the more we thought about it, the more we wanted to give composers more instruments. For budget reasons, we decided to keep it simple, working with Earplay, Mary Chun’s [expanded chamber] group. Some people thought that, if composers had already figured out what instruments they wanted for their pieces, they wouldn’t want to re-score them, and that turned out to be totally false.”

“I waited until I knew what the ensemble would be, and then did my orchestration in November,” Wade responds. “While I was doing it, I was listening to Duke Ellington and to a New Orleans group called Tuba Skinny, whom I’d heard at Jazz Fest there. So, in the opening song, I have washboard for percussion, I use the string section very much like guitar and banjo, and I feature the clarinet as counterpoint to the singing. And the double bass and bassoon I use in combination, to get a tuba sound.”

Wade’s second-line arrangements will be among a variety of genres favored by Snapshot’s eight composers, who also include the San Francisco Conservatory’s chair of composition, David Conte, and Alden Jenks, founder of the Conservatory’s electronic music department. “They run the gamut from neoromantic to some very modern things,” says Streshinsky. “Mary Chun, when she’s presenting her Earplay concerts, always says, it’s contemporary music, and there’s likely gonna be something you’re not gonna like. And if that happens, just wait a few minutes, because there’ll be something else.”

But the rewards of Snapshot for participants are pretty much guaranteed. “The composers and librettists aren’t getting paid, but they’ll get video recordings they can send to other companies,” Streshinsky points out. “I think all of them will be working on their libretti, dramaturgy, and everything, and hoping it’ll spark interest in a full-length full production.” “What happens in performance, whether it’s a director’s decision or a spontaneous moment, finds its way back into the score, it’s another chance for us to tell the story better,” Wade concurs. “And with comedy, in particular, it’s a chance to put the timing of things to the test.”

Further, “it’s a chance for us all to meet and exchange ideas,” adds Wade, “which is very much in the spirit of how opera came about, if you believe that whole Camerata thing.” As for audiences, they’ll get to discover two different, fascinating, and to many unfamiliar venues. (The Bayview Opera House, in a renovating neighborhood, hasn’t hosted opera in a long, long time.) “Snapshot will be a great format,” Wade believes. “We talk a lot about how to reach younger people or people who don’t ordinarily go to opera, without selling the art form short. I think presenting a few short operas will be a great introduction.” Check westedgeopera.org for complete programs, scheduling, and tickets.