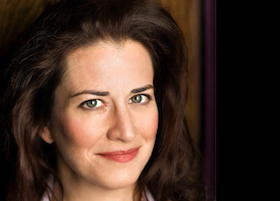 Bernstein, Brandes, and an Inspiring Mass From Santa Rosa Symphony

Way back in 1995, when Jeffrey Kahane was just beginning to conduct the Santa Rosa Symphony, the local music critic incurred Kahane’s wrath by writing an unfavorable review of a concert that included music by Leonard Bernstein. In essence, the critic opined that Bernstein was merely a show-biz composer, undeserving of serious recognition. Kahane retaliated by preceding subsequent concerts with a stern lecture to the audience extolling Bernstein’s virtues and explaining why he should be taken seriously.

Be all that as it may, the Symphony — now conducted by Bruno Ferrandis — has programmed precious little Bernstein since then, so the inclusion of the composer’s “Jeremiah” Symphony for its Sunday afternoon concert at the Green Music Center in Rohnert Park came as something of a surprise. This unfamiliar work, first performed in 1944, is one of Bernstein’s earliest, but it contains many characteristic elements, instantly recognizable to anyone who’s heard West Side Story or On the Waterfront. Indeed, the first two movements of the symphony could easily serve as a film score — this time to a biblical epic.

All the Hollywood tropes are there: the brass fanfare, the emphatic drumbeat, the surging strings. In the first movement, you can almost see the prophet Jeremiah staggering across a back-lot desert. In the second, he stumbles into a profane dance party where bodies twirl to an insistent jagged rhythm and an oft-repeated six-note phrase. It’s all well orchestrated, but the music has little import — until a mezzo-soprano walks onstage and opens the third movement with a heartfelt lament.

The soprano in this case was Bay Area favorite Christine Brandes, who instantly injected some gravitas into the proceedings, courtesy of Bernstein’s score. The third and final movement of the symphony was originally conceived as a stand-alone piece for soprano and orchestra, and it could easily resume that state. The difference between the first two movements and the third is night and day: Hollywood soundtrack versus serious music.

Brandes was nothing if not serious. Wearing a black shawl and an elegant black-and-gold gown, she sang each note to its full value, with well-controlled vibrato. She was particularly riveting in her lower range, filling the hall with opulent sound. Her dramatics were also convincing, save for the few times she glanced at her score; she would have been better served by memorizing it. That quibble aside, it was a memorable performance, much appreciated by the nearly full house.

Less appreciated was the opening work, Leopold Mozart’s frivolous Toy Symphony, featuring five local nonmusical celebrity soloists aided by Symphony trumpeter Doug Morton and soprano Dianna Richardson, a member of the Symphony's Honor Choir. The celebrities played toy instruments — including a bird whistle, a noisemaker, and a wind machine — over a thin bed of sound from a much-reduced orchestra. While it was tolerably amusing to see the mayor of Santa Rosa wearing a Santa Claus hat and pounding on a toy drum, the comic effect wore off quickly. The highlight, such as it was, came from Richardson, who sang well.

Good singing was abundant in the second half, devoted to Haydn’s Mass in Time of War. Here Brandes was joined by soprano Jenni Samuelson, tenor Brian Thorsett, bass Philip Skinner, and the hundred or so voices of the Symphony’s Honor Choir, directed by Robert Worth. The choir dominated the Mass, both musically and spatially, looming above the orchestra in Weill Hall’s distinctive Choral Circle. That position above the main stage allows the choir much better projection than when they’re relegated to risers behind the orchestra.

The choir asserted its dominance in the opening Kyrie, clearly articulating the words and ringing out above the orchestra. Samuelson’s opening solo was a bit fuzzy around the edges, but Brandes was crystal clear. The Kyrie is unusually sprightly, leading into a lilting Gloria. Here the choir kept pace with Ferrandis’ brisk tempo, which didn’t slow until the bass solo at “Filius Patris, qui tollis peccata mundi” (Son of the Father, who takest away the sins of the world). Ably accompanied by cellist Robin Bonnell, Skinner unleashed a window-rattling sound, fully embodying the plaintive text.

The chorus sang beautifully, and the final “dona nobis pacem” was uplifting, a wonderful ending to an inspired performance.

The subsequent Credo continued, and even elevated, the energy of the Gloria. Ferrandis was a model of exactitude as he cued each choral entry in the opening fugue and exhorted the under-represented tenors to sing louder. The low organ note after “et sepultus est” (and was buried), was wonderfully dramatic, leading into a superb “Et resurrexit tertia die” (And the third day he rose again) from the chorus.

The tenor gets only a brief solo in the Sanctus, but Thorsett made the most of it, displaying a pure tone and remarkable power. He joined with the other soloists for the high point of Haydn’s Mass — the remarkable Benedictus quartet. Here the word benedictus is carried from one soloist to the next, who interact like members of a string quartet. All the voices were good, but Thorsett really stood out.

The concluding Agnus Dei, with its famous drum roll, was almost a match for the Benedictus. The chorus sang beautifully, and the final “dona nobis pacem” (grant us peace) was uplifting, a wonderful ending to an inspired performance.