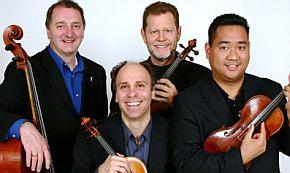 Classical music has had a few notable sibling acts in its history. Wolfgang and Nannerl Mozart toured as duo pianists; violinist Yehudi and pianist Hephzibah Menuhin performed recitals together. The early death of composer Lili Boulanger profoundly influenced the life of her older sister, the great pedagogue Nadia Boulanger, who taught a staggering number of important 20th-century composers.

Fanny and Felix Mendelssohn grew up in a musical, intellectual household, where the children received piano and composition lessons. Both showed early promise. Fanny wrote some 50 compositions in the six months following her first piece, written at age 14. Felix produced his first masterpiece, the Overture to A Midsummer Night’s Dream, at 17.

Like most women composers before the late 20th century, circumstances and the sexual politics of her era robbed Fanny of any real chance to compose professionally. Her father told her she needed to focus on her role as a wife and mother; later, her brother forbade her from publishing her work. But toward the end of her too-short life, Fanny rebelled, and simply told her brother she was going to publish her music.

Between this year’s Felix Mendelssohn bicentenary and an ongoing expansion of interest in women composers of the past, performers are giving Fanny’s music a fresh look. Presented by San Francisco Performances at 10 o’clock on Saturday morning, Alexander String Quartet’s program was the third in its cycle of five concerts celebrating the bicentenary. It included Fanny’s sole quartet, as well as Felix’s Op. 44, No. 1.

Fanny’s quartet, written in 1834, is a fine piece, imaginative and well-constructed, with some inspired touches. Lecturer Robert Greenberg made hay of its harmonic structure, much of which reveals the quartet’s key designation of E-flat major as being a bit dubious. Unlike him, I don’t hear echoes of Beethoven’s late quartets in the piece. The opening Adagio, for example, is classically proportioned despite its wandering structure, lacking Beethoven’s immense scale and harmonic reach. Still, the close is astonishingly indefinite, giving no hint of what’s to come. The ensuing Scherzo dances along and alludes, at least in mood, to Felix’s music for A Midsummer Night’s Dream. The first theme of the last movement sounded, to my ears, like an inversion of the Scherzo theme, neatly and subtly unifying the work.

The Alexanders made a good case for this piece, but they could have been even more persuasive. The Scherzo would have been more effective played faster and with a greater sense of mystery. Similarly, the second theme of the last movement sounded a bit sluggish, and ought to have been pushed harder. The lovely slow movement was far too metronomic, lacking rubato entirely. And first violinist Zakarias Grafilo sometimes had noticeable intonation problems.

Dating from 1838, Felix’s D-major quartet is more ambitiously scaled than Fanny’s, while remaining beautifully proportioned and balanced. Perhaps their stylistic preference for classical proportions says something about the siblings’ musical education, though some of the greater length of Op. 44, No. 1 comes from contrapuntal sections that can sound just a bit too studied and academic. Every now and then, Felix’s emotional reticence makes me wish for more Romantic spirit and less classical restraint.

Again, the Alexanders played solidly, and, on their matched set of modern instruments, with a fine, unified tone. The poised and touching slow movement, which has a heartbreaking second theme, was lovely, yet its little violin cadenzas had no sense of freedom or improvisation. That last movement, which constantly threatens to turn into the first movement of the “Italian” Symphony, needed more thrust and fire.

Perhaps the informal morning setting in Herbst Theatre, with an entertaining lecture and no tuxes in evidence, lowered the musical temperature, or perhaps the Alexanders are all night-people. In any event, it was a pleasure to hear fine music well-played, and a slight disappointment to hear solid playing where more intensity could have resulted in greatness.