Esa-Pekka Salonen won’t begin his new role of music director of the San Francisco Symphony until fall of 2020 — more than a full season away. Last weekend, though, patrons received a significant preview. Salonen led a substantial program of a new piece by Anna Thorvaldsdottir, plus major works by Sibelius and Richard Strauss.

These last two composers, born just one year apart, both wrote programmatic works that premiered in 1896. But the music doesn’t suggest a shared history. 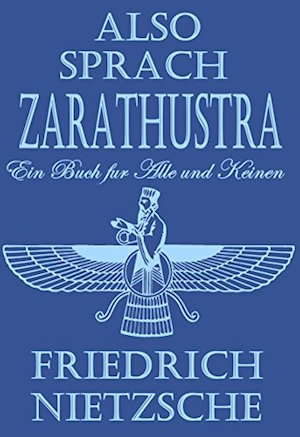 Consider the two subjects. Strauss’s Also Sprach Zarathustra (Thus Spake Zarathustra) draws from the Friedrich Nietzsche philosophical work of the same name. The movements, with clinical-sounding titles, are more loosely thematic than they are stories.

In contrast, Sibelius’s Four Legends from the Kalevala depicts the saga of Lemminkäinen, a handsome and reckless Siegfried type. The music, though not strictly narrative, could in many places be a pantomime.

These two very different works, under Salonen’s direction on Friday, seemed to approach sound in much the same way. Results varied.

Dense scoring in Zarathustra makes proper balance hard to achieve (and when the runs are as hard as they are, players can be grateful that every note won’t be heard). A kind of uninflected balance, in fact, magnified in a humorous way the exaggerated academicism of the fugue “Of Science”: It was as if each impassive section didn’t deign to notice the entrance of another.

Still, wrong things were often in the foreground (a particular shame when it came to the solos of violist Yun Jie Liu, which were lovely). And though the sound was gorgeously round, I was surprised when Zarathustra achieved enlightenment amid muddy rhythms.

The same sound, though — lush and impressionistic — perfectly suited the Sibelius work. Kalevala is great in a different way. Not nearly as virtuosic in texture, its starkness, in fact, creates an effect sometimes more powerful than the most complex Strauss passages.

Every movement has merit, but “The Swan of Tuonela,” the most famous of the four, brings this cinematic music to new heights. Here, our hero has reached the land of death, evoked with murky, achingly beautiful chords. The subdued tones of the strings are like velvet, but the timpani’s soft thrumming creates the current of the underworld’s black river. And then, the triumphant return home, tonally similar to another hero’s journey — Strauss’s Ein Heldenleben, to come later — but with a spirit that is unique to Sibelius.

On the other hand, METACOSMOS — the new work by Anna Thorvaldsdottir — seemed tailor-made for this program. (Last spring, Salonen conducted the world premiere with the New York Philharmonic, which commissioned the work).

The initial drone, rumbling from the deep, sounds momentarily like Zarathustra, before it blooms into chromatic clusters. And as Strauss’s opposing pitches evoke the binary of man against nature, Thorvaldsdottir, throughout her piece, uses the polarity of the tritone. Even the subject matter brings up associations with Stanley Kubrick’s 2001: A Space Odyssey, the film that made Strauss’s work known to the general public: It’s about falling into a black hole.

But what’s really striking about this work is its sections, which are distinct much like a mid-century study score, with the exposition, development, and recapitulation neatly labeled. After the opening fanfare, a lament, in a distant tonality, with romantic slides panning around the orchestra. Then, each world gets another go, the harmonies increasingly digestible as they go.

Historically, Thorvaldsdottir’s works have been subtle, concerned with fine changes of timbre. This new piece, in contrast, seems more macro- than meta-cosmos, as if she were trying to fit all the world’s ideas into the 14-minute opening slot. The chock-full music feels, paradoxically, diluted.

The acclaimed composer/conductor reflects on balancing his life-after-the-L.A.-Phil with time for creating, for leading performers, and for enjoying family life.

Salonen the Composer Overshadowed No More

We were all grateful for Esa-Pekka Salonen’s tenure as music director of the Los Angeles Philharmonic. But we’re even happier to see him creating works like this brilliant Violin Concerto.