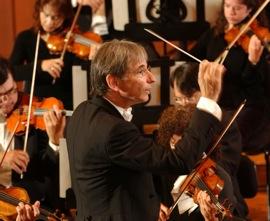 Gustav Mahler died a century ago, and this year, orchestras everywhere are playing his works. Here in the Bay Area, we are lucky to have Michael Tilson Thomas and the San Francisco Symphony, who have given us greatness on top of greatness in Mahler as they recorded his symphonies and orchestral songs over the last few years. Saturday night’s performance of Mahler’s Symphony No. 2 — often called the “Resurrection,” though not by the composer — was yet another triumph.

Symphony No. 9: To Arrive at the End ... and Know Mahler for the First Time

Most of the few imperfections occurred early on, in the vastness of the first movement. At nearly 25 minutes, it’s the length of a typical pre-Eroica symphony, and, like so much Mahler, presents challenges in getting tempos, proportions, pacing, and emotional balance just right. On Saturday, many passages, entire sections of the orchestra, and individual players impressed me mightily (Concertmaster Alexander Barantschik and English horn player Russ deLuna, in particular), yet the movement never terrified, never quite overwhelmed the listener, even as it gathered tension and momentum.

Perhaps the orchestra just needed some time to settle into the piece, given that it has been rehearsing three Mahler symphonies for performance over just 10 days, because from the second movement on, we heard near-perfection. MTT conducted the pastoral first theme of the second movement as if it came from another land, and certainly a different land from the stormy first movement: gentle, soothing, innocent, until the gathering power of the minor-key section.

The ghost of Beethoven haunts this symphony, and though the third movement is the real scherzo, the character of the second sometimes isn’t far off that of a Beethoven scherzo, especially at MTT’s comparatively quick tempo. If we needed any proof of his brilliance at projecting the conflicting, and conflicted, emotional content of Mahler’s music, the extended, pizzicato (plucked) passage in the strings, poised between tears and laughter, would provide it — and the animal energy of the skittering, klezmer-drenched scherzo would pile on the evidence.

The performance built inexorably to the close. The “Urlicht” (Primal light) movement may be brief, and it may be straightforward, but its text hints at the possibility of resurrection that’s fulfilled in the outpouring of the last movement. And what a last movement it was: a veritable whirlwind of contrasts and mounting tension until the final release.

Soprano Karina Gauvin and mezzo-soprano Jill Grove rendered their solos with admirable directness and lack of affectation, though Grove’s singing was intermittently marred by an overly wide vibrato and some pitch problems. The real vocal star was Ragnar Bohlin’s magnificent Symphony Chorus, which sang with power, transparency, and a marvelous responsiveness to the text. In the orchestra, the brass played the entire work with Apollonian fire and depth of sound. The strings, arrayed with the first and second violins on opposite sides of the stage and the cellos, basses, and violas between them, played like gods. And flutist Tim Day reached the heavens in his last-movement onstage duet with offstage brass.