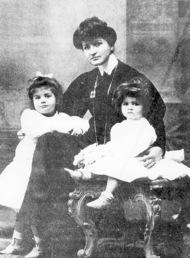 No music is an island.

Each composition comes from an individual at a certain stage of life, under specific circumstances, at a time and place, but not in a straightforward, predictable manner.

Similarly, each performance is defined by its specificity — venue, participants, the audience, and the world beyond the concert hall.

There is no better example of this than Mahler's Sixth Symphony, being performed by the San Francisco Symphony.

The complex, outsized, turbulent work from 1904, called the "Tragic," was composed during the happiest, most stable time in Mahler's life. The music has everything but happiness and stability. Was it formed by Mahler's premonition of tragedies soon to befall on his family? That remains a mystery.

During the current performances in Davies Symphony Hall, there is no way to ignore the indelible memory the Sixth of a decade ago left on all who were there.

Beginning well before 2001, there were preparations for Michael Tilson Thomas' ambitious Mahler Project, to record all symphonies. Weeks of musical and technical rehearsals led up to the first performance to be recorded. It was to be the Sixth Symphony; the scheduled date: Sept. 12, 2001.

All around the country events were canceled after 9/11, and there was a debate here if the concert should be postponed. The decision to go on produced an important event, one we are lucky to have forever as part of the Mahler recording set.

Symphony No. 9: To Arrive at the End ... and Know Mahler for the First Time

In the shock and confusion on the day after 9/11, once the sound of Mahler's anguish reached out from the stage, there was no one among the musicians or the audience staying outside, looking in. An instant community was born, it coalesced in experiencing the pain and beauty of the Sixth. There were tears, but also a temporary closure, a tentative catharsis.

Well, how did tonight's Sixth measure up against that unique experience? Not surprisingly, several notches down. The MTT/SFS Mahler partnership is solid and special, as we witnessed just last week, with the Second and Ninth symphonies.

This performance also had the impressive technical prowess of the musicians, the unquestionable expertise of MTT's direction, strings working together, woodwind solos shining, the brass hanging 10 again, almost up to their glories of last week. But ...

As the great engine of the Allegro started up, shifting into the anguished march that is at the heart of the movement, there was a hint of roughness, and intensity turned into something loud, with undifferentiated fortissimo passages. This orchestra can — and has, consistently — play more cleanly. Mahler's hard-edged, contrapuntal clarity was realized better on other occasions than in the first movement at this concert.

Meanwhile, technical mastery was mighty impressive, handling Mahler's progressive tonality (ending a work in a different key from the initial one) and dissolution of tonality (using chromaticism or harmonies not belonging to that key) with ease.

The middle movements — the Scherzo and the lyrical Andante moderato, a resting place in the midst of turbulence — were excellent, orchestra members contributing marvelously both individually and in ensemble. The wild tempo and dynamic changes of the second movement, the magical sound of the third movement were all exemplary. One caveat: worst cowbells, ever.

Few Mahler performance details are as controversial as the order of the inner movements. Should it be Andante/Scherzo or Scherzo/Andante? Mahler himself, having conducted only three performances of the Sixth, went both ways — but then he constantly revised all his works. Musical integrity being more important than performance history, it comes down to conductor's choice between the main critical editions which disagree over the order.

There are two main camps: the Scherzo/Andante sequence, according to the 1963 Erwin Ratz edition, used by San Francisco and many others; and the Andante/Scherzo advocates ranging from Sir John (Barbirolli) to Sir Simon (Rattle), who follow the prevailing Critical Complete Edition of the International Mahler Society. The late, great Michael Steinberg's program notes give a restrained, less than enthusiastic, preference to the order by now traditional in San Francisco. (Although, if memory serves, a performance here, long ago, under Edo de Waart, used the other edition.)

And so when the time came for the Finale, a disturbed and disturbing variation on the opening Allegro, there was the orchestra at its best again, even while the "Mahler hammer" that serves to produce fate's blows fell apart in a bizarre incident. The orchestra served magnificently one of the composer's most dramatic inventions — the funeral march fading away ... the sudden outburst of grief ... the final, hesitating, ambiguous measures.

What counts in Mahler is the gestalt of the music's power, and that came through in the end. There might have been a sense of distance for some of the listeners, but the musicians managed to stay fully inside the work, most of the time.