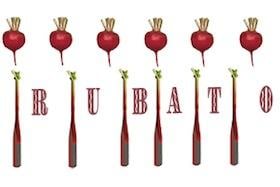 It promised to be one the best programs of the San Francisco Symphony’s season, offering fairly unusual repertoire, a master soloist, and a young, highly touted conductor. On Wednesday, Leningrad-born Vasily Petrenko began by knocking the socks off Shostakovich’s Festive Overture; then soloist Joshua Bell joined him in gorgeous renditions of Tchaikovsky’s “Méditation” from Souvenir d’un Lieu cher (Souvenir of a remembered place) and Alexander Glazunov’s Violin Concerto. But after the break Petrenko, despite five years in England conducting British music, left a nevertheless appreciative audience with a deeply flawed account of Edward Elgar’s magnificent and subtle Symphony No. 1. Throughout, the Symphony players proved again their world-class abilities, however well or badly Petrenko led them.

A special feature of the concert was the talk-back session afterward, attended by hundreds of patrons in no hurry to go home. In it, Bell and Petrenko, moderated by KDFC’s Rick Malone, displayed their charm and concerns for the future of music. Petrenko remarked how commissions force composers into 10- to 15-minute-long straitjackets that compel them to so compress their many ideas into simultaneity that the audience cannot begin to grasp what’s going on in a single exposure. And how likely will there be another?

Petrenko then related enthusiastically how crime was reduced 30 percent in a problematic area of Liverpool when community members worked together in supporting local players associated with the UK’s National Youth Orchestra. The organization has been evolving along the lines of Venezuela’s El Sistema, the success of which made Gustavo Dudamel a household name.

The Symphony players proved again their world-class abilities, however well or badly Petrenko led them.

In fact, Dudamel’s and Petrenko’s styles seem to have much in common. Both are boundlessly enthusiastic, preferring exaggeratedly fast or slow tempos, spiky highlights, and wide dynamic ranges. Both excel in the music of their homelands. And both need to mature in their understanding of the less superficial aspects of unfamiliar compositions they tackle.

In the dynamite Shostakovich opener, written in just three days in 1954 to get some bureaucrats out of a bind, Petrenko’s whiplike gestures set the orchestra’s breakneck pace, which the expert players were only too happy to keep. This shot in the arm to the audience was a reminder of why a snappy overture used to be the convention. Let’s have more of them.

Bell then came out and demonstrated his superlative musicianship and tone in a fine Tchaikovsky number, never played before in concert here: a movement abandoned by the composer for his Violin Concerto, and instead placed in a suite for violin and piano. Orchestrated by Glazunov after the composer’s death, the piece contains two typical and wonderful melodies; it was most refreshing to hear something relatively new from an old master. This is a reminder that more mining of the past needs to be done to expose neglected treasures. Bell went on to perform an equally superlative rendition of the equally melodious Glazunov concerto, performed four to seven times a year nationally by several violinists over the last decade, but not here since 1993.

After the half-time intermission came the Elgar symphony, one of the worst possible compositions to which to apply the Dudamel formula. At 55 minutes long, it’s a massive undertaking held together by subtle interrelationships of multiple motives and one gigantic and noble motto theme along the lines of the composer’s more famous trio from his first “Pomp and Circumstance” march. Elgar, in addition to these longer tunes, incorporates dozens of repeated smaller phrases in sequences to build his structures.

Joshua Bell demonstrated his superlative musicianship and tone in a fine Tchaikovsky number, never played before in concert here.

Running through these sequences in a constant tempo makes them seem twice as repetitive. Instead, slight changes in tempo and emphasis within and between sequences are essential in focusing attention where it should belong, on the harmonic and timbre-related changes going on around the notes.

I don’t know if Petrenko has read British conductor Mark Elder’s advice “Conducting Elgar” in the book Elgar: An Anniversary Portrait. If he did, he ignored it. For Elder states:

Elgar never wanted to tie his own music down. He wanted it to constantly have this dreaming quality, this rhythmic freedom. The last thing he wanted was it to be all square and clear-cut. ... What I find so interesting [in Elgar’s own conducting] is the way some notes are played faster than they are written — they are almost thrown away — while other notes are elongated.

This rhythmic fluidity, or rubato, is essential in interpreting Elgar. Without it, his music often sounds ponderous and seesaw, as it did under Petrenko’s direction. Tempos, while correct enough in themselves for an average rate, were adhered to too rigidly within sections. The damage was most apparent in the faster sections, where tempos were most rigidly maintained. Petrenko improved a bit in the Adagio, handling sensitively the transitions into and out of the movement. Yet in the finale, the two best sections were marred: Lack of rubato and a too matter-of-fact approach ruined what should be a heart-rending return of the second theme (labeled cantabile, or “songful,” by the composer) and the peroration at the end of the finale, where the motto theme returns Grandioso. Annotator Michael Steinberg referred to “furious waves” in the strings breaking on it, but Petrenko did not give these amazing notes left to us by Elgar enough emphasis.

I hope we don’t have to wait yet another 16 years to hear the Elgar, a great early 20th-century masterpiece, done properly. This was only its third appearance in a subscription series, testament to the relative neglect British music receives here generally. Perhaps Petrenko himself will be the bearer of good news, after many more years of experience with Elgar’s music.