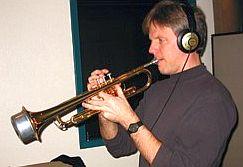 The Sixties Are Alive

Jonathan Russell on August 12, 2008
At the ODC Dance Commons in San Francisco's Mission District, sfSoundSeries presented a Sunday concert centered on works composed for the San Francisco Tape Music Center. Founded in 1961 by composers Morton Subotnick and Ramón Sender, the Tape Music Center was at the heart of the city's musical counterculture in the 1960s. It was the premier venue not only for cutting-edge technologies involving tape loops and electronics, but also for other musical experiments, from early minimalist pieces such as Terry Riley's In C, to multimedia and performance art works. The concert featured works composed some four decades ago by four of the Center's most important figures: Subotnick, Sender, Robert Moran, and Pauline Oliveros. Although some elements of these works came across as dated, on the whole they stood the test of time well, in many ways sounding as fresh and surprising as they must have when they were first performed. Robert Moran's 1967 work Divertissement no. 1, the first of the four to be performed (it was preceded by three pieces not affiliated with the Tape Music Center), featured a popcorn popper as its lead instrument. The sfSoundGroup gathered around an elevated electric pan in a semicircle while trumpeter Tom Dambly cautiously approached and poured a bag of popcorn kernels into it. All the players then proceeded to don wacky, oversized, brightly colored sunglasses, tune, and then ... wait ... A long silence ensued until the first pop of popcorn from the pan, which was followed immediately by imitative noises from all the instruments. As the pops accelerated and became more frequent, the noises from the instruments followed suit. Especially loud pops or far-traveling pieces of popcorn elicited appropriately more intense sounds from the ensemble, building to a cacophony at the peak of the popping. Eventually, the popping started slowing down, finally stopping, the instruments likewise petered out, and the piece was over, leaving the stage strewn with popcorn. It was a delightful experience, eliciting many chuckles from the audience. In addition to being the best-smelling piece of music I have ever seen, it successfully illustrated the potential music to be found in a mundane event. Both Oliveros' George Washington Slept Here, Too (1965) and Subotnick's Play! no. 1 (1963) also had strong theatrical components. Indeed, Oliveros' work was essentially purely theatrical without any "musical" content whatever. Two men in dark suits and sunglasses, walking with the wary purpose of Secret Service men, came on stage, moved the piano into the center, and then staked out positions on either side. Kyle Bruckmann (usually appearing as an oboist) then made an entrance wearing a suit and sat down at the piano as if to give a recital. Matt Ingalls (usually appearing as a clarinetist) then entered sneakily from offstage wearing a hooded sweatshirt, came around from behind the piano, pulled out a gun, and "shot" Bruckmann three times. Sudden darkness, and a projector screen lit up with a picture of a hand pointing in the shape of a gun, reminiscent of the Uncle Sam "I want you!" ads, with the words "You pay" written on it. Then darkness, and the piece was over. According to the program notes, this work was written "as a response to the Vietnam war." This made it sound like it was intended to have some serious implications, but it was hard to view it as anything but a somewhat silly send-up of classical concert etiquette.

Subotnick's work, accompanied by a film by Anthony Martin, was scored for flute, oboe, clarinet, bassoon, trombone, and piano, and featured many theatrical gestures, including detailed score instructions for the motion of the players' heads, moving up, down, back, and to the side; clapping, stomping, and yelling; and an over-the-top diva entrance and excessively showy playing by pianist Hadley McCarroll. The musical content was largely gestural, and much of it sounded improvised. Especially entertaining was watching McCarroll play with the angst-y body language and pained facial expressions of an overemotive classical pianist, but with musical content that consisted mostly of banged clusters and abrupt runs. The general effect was of gently mocking the performance conventions of classical music, as well as some of the techniques and sounds of the European modernism that dominated the 1960s contemporary music establishment. The other work presented from the Tape Music Center, Ramón Sender's In The Garden, which opened the program's second half, was the most serious and emotionally expressive of the works. Using projected images, it began with deep drones interrupted by blisteringly loud, harsh sounds from a clarinet, a viola, and electronics. The visuals, originally created by Anthony Martin, but reworked for this performance with the assistance of Matt Ingalls and Christopher Burns, were made up of abstract patterns of shifting shapes, interrupted by soundwave-like shapes that seemed to correspond with the sonic interruptions. They illuminated and enhanced the music beautifully. Eventually, the two acoustic performers — Ingalls on clarinet and Alexa Beattie on viola — backed out from behind the projection screen where they had been stationed, and, with face masks on the back of their heads facing the audience, Ingalls proceeded to play a klezmer-style improvisation over Beattie's viola drone. I don't know if this was meant to be tongue-in-cheek, but it was oddly moving to hear something so soulful and human in the midst of all the electronic noise. The sfSoundGroup performed all these works with great conviction, giving themselves over fully to the theatrical elements. Few other groups would be able to perform such works with a similar lack of self-consciousness. Clearly, this music is in their blood and their creative DNA.

The first three works of the concert were not from the San Francisco Tape Music Center and provided a useful counterpoint to the works that followed. Brian Ferneyhough's In nomine à 3 was a gestural, playful, surprisingly short work, played with exquisite detail and gusto by Diane Grube on flute, Kyle Bruckmann on oboe, and Matt Ingalls on clarinet. Like the music of Webern, this piece was short but extremely dense. It was difficult to fully grasp on a single hearing, but intriguing enough to make me eager to hear it again. Christopher Burns' Double Negative (2007), a three-movement work for a large mixed chamber ensemble, featured many surprising and effective combinations of instruments, as he frequently split the ensemble off into a wide variety of unusual pairings, while German composer Bernd Alois Zimmermann's 1967 work Intercomunicazione provided a glimpse of some of what was happening in Europe at the time of the Tape Music Center's flourishing. A dark and brooding work for cello and piano featuring detuned cello double stops, it had a most promising beginning, but, though well-played by Monica Scott on cello and Christopher Jones on piano — Scott's detunings were especially effective, creating surprisingly resonant and rich shades of intervals — the piece was inordinately long and seemed to lose its focus as it went on. All told, this was a somewhat unusual concert for sfSound, which rarely plays so many pieces that are so old (all but two were from the 1960s), and provided a revealing look back at the aesthetic roots of much of the newer music they play. Clearly, we live in a very different time now. In many ways, the contemporary music scene today is more conservative, less open to the wacky, sometimes absurd, occasionally profound experimentation of the 1960s. While we can never go back, it is heartening to know that sfSound and other groups like it will continue drawing on that tradition and keeping its spirit alive.

New, Old, and All Tantalizing