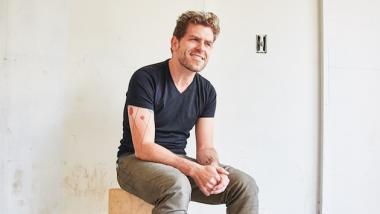 Ted Hearne’s multimedia collaboration with hip-hop poet Saul Williams, Place, has been hit by a streak of hard luck since its birth, at least on the West Coast. 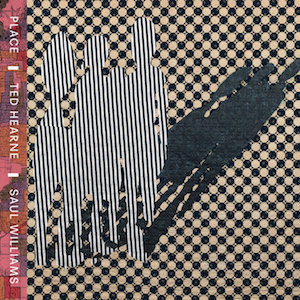 The world premiere performance on the Los Angeles Philharmonic’s Green Umbrella series was scheduled to take place in April 2018, but it had to be postponed because it wasn’t ready (“unforeseen delays in the creative process,” they said). So the Brooklyn Academy of Music got the world premiere in Oct. 2018, and the LA Phil was left with the West Coast premiere that was supposed to have been staged March 24. You know what happened next; the COVID-19 pandemic eliminated that performance. Yet a newly-released recording of Place (New Amsterdam), while leaving the crucial visual element out, allows us to fill the gap somewhat.

Place was originally touted as a meditation on the issue of gentrification, a most relevant and controversial topic in California’s urban centers. The composer himself starts things off with a lone plaintive vocal portraying a father observing his sleeping five-year-old son and wondering what will become of him now that his place of residence is apparently in flux.

From here, following his usual procedures, Hearne cobbles together a collision of free-jazz, pop, soul, gospel, electronica, contemporary classical chamber music, straight and electronically altered vocals, sometimes hitting up against each other in rapid sequence or leaving long, sparse patches that drag. In some passages, I am reminded of Frank Zappa’s collages when I hear this, juxtaposing casual vernacular spoken words amid several musical styles busily clashing.

Early on, quotes from James Baldwin’s essays on American racism, from the book The Fire Next Time, work their ways into the libretto. Gentrification itself doesn’t seem to be addressed — and even then, without much sustained focus — until midway into the 71-minute piece. If there is a single hook, it would be the repeated refrain, “And the land is mine/And the land was mined” as sung in a pop/soul manner by Sol Ruiz.

Although the CD includes a printed libretto, it’s almost impossible for me to make much sense of the piece from the audio alone without having seen the production. Yet I do have the sense that Hearne is accurately reflecting the confusion, the brain-overloading data flung at us every day, and polarized temper of the times in which we live — as he does in other collage-style works like The Source, Miami in Movements, and Law of Mosaics.

More will presumably be revealed when a video of Place with the participants of the cancelled L.A. performance is released in tandem with the CD April 3.

Lara Downes Explores the Many Resonances in Roots Music

The pianist unveils her latest recording and talks about its deep roots in traditional music.