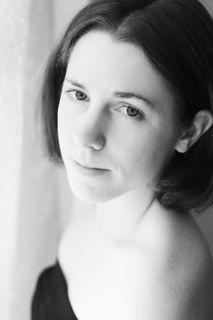 San Francisco native Anne Rainwater is a multi-talented artist known for her compelling interpretations of music from J.S. Bach to John Zorn. She is an active freelancer and teacher and is passionate in both solo and chamber settings. Anne has appeared at The Kennedy Center, Le Poisson Rouge, Bargemusic, and the Galapagos Art Space, among others. Recent solo appearances include shows at 142 Throckmorton Theatre, Berkeley Arts Festival, and the Center for New Music. She has also performed at the Mendocino Music Festival and with the Nevada County Composers Cooperative on multiple occasions. Other varied appearances include a trio performance at Mass MOCA, a concerto premiere at UC San Diego, a live radio appearance on KZYX’s The Mind of the Composer, and a residency at Louisiana State University. With percussionist Jude Traxler as the duo futureCities, she has performed at the Gershwin Hotel (on Vicky Chow's Contagious Sounds series), the University of Maryland-Baltimore County, Princeton University, Switchboard Music Festival, and the Merce Cunningham Dance Studio, where she was thrilled to play on Cage’s own piano. She has also traveled to Germany and Austria in collaboration with the band CocoRosie and was part of their creative team that composed original music for a new ballet by Bianca Casady and Biño Sauitzvy. Anne performs locally in the Bay Area as part of New Keys, an eight-hand piano ensemble, and has also collaborated with members of Nonsemble and Friction Quartet.

Anne’s past collaborations include work with the composers David Lang, Stuart Saunders Smith, Nils Vigeland, and Brett Dietz and percussionists David Cossin and Ted Atkatz. She holds a Bachelor of Music in Piano Performance from the Oberlin College Conservatory of Music and a Master of Music in Contemporary Performance from the Manhattan School of Music. While at International House, a global graduate student community, Anne received a Performing Artist Residency and a Performing Arts Fellowship. She currently teaches privately at her home studio in Oakland and has previously taught at the University of Miami. Anne has recorded for Oberlin Conservatory’s Aural Capacity Series, as well as for Cat Crisis, Original Abstractions, and Bourbon Thomas Records. When not at the piano, she can be found training for her next marathon, reading, or eagerly watching San Francisco Giants games.

Tailored to each students