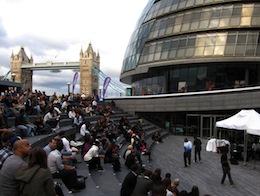 A native of Bulgaria, violinist Dorisiya Yosifova enjoys an active career in music as a teacher and performer. As an orchestra musician, Dorisiya plays as Principal Second Violinist of the Apollo Ensemble of Boston and has also played with the Cape Ann Symphony as Section Player and the Lowell House Opera as Concertmaster. In the recent years, she has appeared in performances as a solo and chamber musician in the Greater Boston Area where Dorisiya was located before her recent move to the Bay Area. Enthusiastic about teaching, Dorisiya is currently on the String Faculty at the Maud Powell String Institute and Blue Lake Fine Arts Camp, and also maintains a private studio. Previously, she has also taught at the Boston School of Music Arts and the El- Sistema inspired Youth and Family Enrichment Services. Dorisiya is the Founder and Artistic Director of the Maud Powell String Institute - a string program specifically designed for immigrant children. Her pedagogy instructors include Mimi Zweig and Rictor Noren.