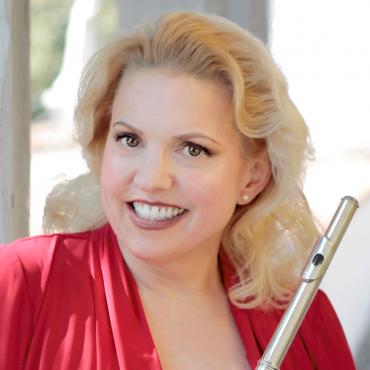 Dr. Kris Palmer is on the faculty of Music Village in San Jose, offering both on-site and on-line private flute instruction. Visit http://www.musvil.com/instructor/kris-palmer and https://krispalmer.com/ for details about the program.

Dr. Palmer is a member of Music Teachers Association of California, and her students participate in MTAC’S annual Certificate of Merit program. She is also a member of the San Francisco Flute Society, where her students have won First and Second prizes in their annual Flutes By The Sea Competition. Her students have been selected to the California All-State Honor Band, the Northern California All-State Honor Band, the Junior Bach Festival, and the MTAC Convention Honors Recitals. Additional awards for her students include bronze and silver medal finishes in the Bay Area Music Association’s Music Legacy Competitions, and Best Chinese Composition Award at the CMTANC International Music Competition.

Dr. Palmer has won many awards including Second Prize in the National Flute Association Young Artist Competition, First Prize in the Carmel Chamber Music Society Competition, and a Carnegie Hall recital debut award with Artists International. The New York Concert Review wrote of Palmer's Carnegie Hall performance, "...incisive and expressive...Palmer reveled in the display of virtuosity...she is clearly among the few current performers on any instrument to fully understand the nature of French Baroque music."

A former member of the New Mexico Symphony Orchestra and the Chamber Orchestra of Albuquerque, Palmer holds a Doctorate of Musical Arts from Rice University with an emphasis on eighteenth-century performance practice. She is the author of “Ornamentation According to CPE Bach and JJ Quantz,” and she has two commercial album releases, “Versailles” and “A Path Less Trod.” She is a frequent guest lecturer on Baroque and Classical era performance practice at conferences and festivals throughout the U. S., including the Mid-South Flute Convention, the San Diego Flute Guild Spring Festival, Wichita State University, Chabot College, the MTAC State Convention, and the San Francisco Flute Festival.

Dr. Palmer is the founder and lead artist of The Black Cedar Trio, winners of multiple grants from InterMusic SF and the Zellerbach Foundation. Visit http://blackcedartrio.com/ for more information.